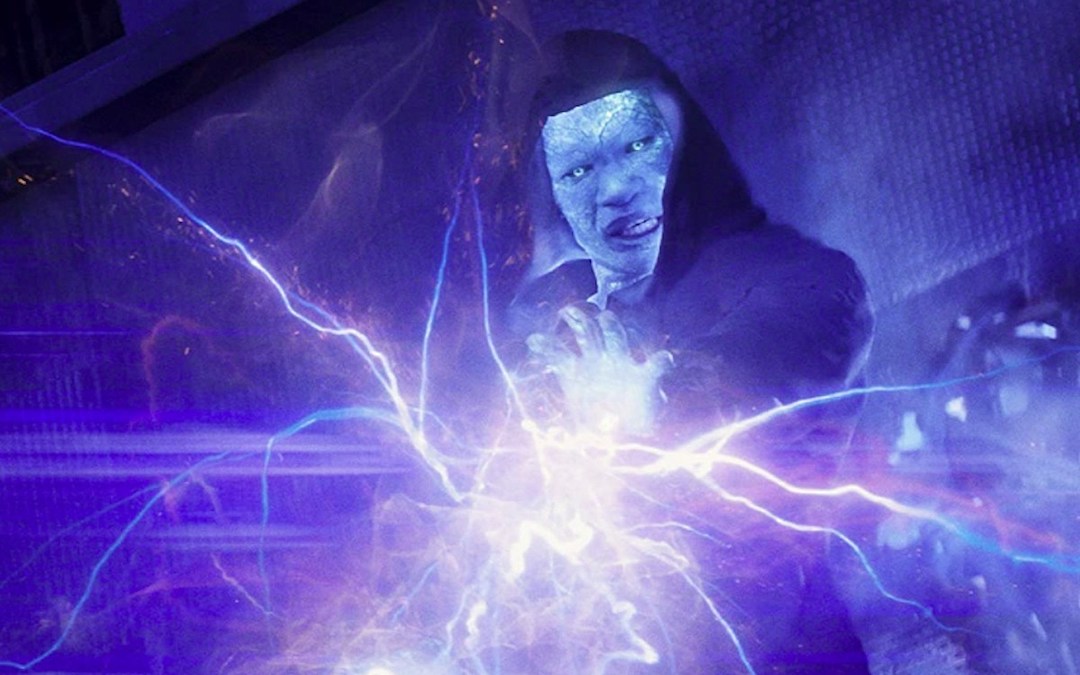 Well, here’s a fun bit of news for Spider-Man fans: According to THR, Jamie Foxx will be reprising his role as Spidey villain Electro, this time in the MCU.

Foxx, who played Max Dillon, a.k.a. Electro in Sony’s The Amazing Spider-Man 2 back in 2014, is reportedly in talks to once again square off against Spider-Man. This iteration, however, will find him under the Marvel umbrella, appearing in the third Spider-Man movie starring Tom Holland.

This is genuinely a bit surprising, even for me, who has written frequently about the increasing willingness of Marvel Studios and Sony Pictures to work together and share characters since revising and renewing their contract. While Marvel and Sony have shared some characters back and forth, such as Michael Keaton’s Vulture showing up in the trailer for Sony’s Morbius, that’s a far cry from a character from an earlier franchise showing up now. Still, this is the second time this has happened, with J.K. Simmons already having previously reprised his role from the Sam Raimi Spider-Man trilogy as Daily Bugle publisher J. Jonah Jameson in a post-credits scene in Spider-Man: Far From Home with confirmation he’s set to appear in at least a few more movies. After a time in which it seemed Sony and Marvel would never work together again and were bitterly divided, now they’re more collaborative than ever.

Once again I say: They’re clearly building up to a Sinister Six crossover event. At this point, however, I’m starting to wonder if they’re not also laying the groundwork for a live-action Spider-Verse with all of those characters and Spider-Man franchises existing in different worlds but able to cross over into others. That concept, first established in the comics, was introduced to the screen in Sony’s groundbreaking Spider-Man: Into the Spider-Verse animated movie in 2018. Since then the willingness of Sony and Marvel to pull characters from past Spider-Man franchises into the current one and for Marvel and Sony characters to jump back and forth has increasingly blurred the lines between franchises. I could absolutely be wrong, but it makes me think they’re setting up a loose multiverse concept stemming from the framework set up either in the comics or Into the Spider-Verse.

I’d also note that there’s some evidence to support my theory, with J.K. Simmons explaining in a previous interview that he and Marvel spent time discussing how much of his new J. Jonah Jameson would be based on his previous iteration and how much would be new and updated, saying

“The only thing we didn’t a hundred percent see eye to eye on, I think, was how much is this character going to be the character from, I think, the comic books and from the Sam Raimi original trilogy, and how much do we want to evolve it and to have it be more contemporary or more… you know. I was very attached to what I had done previously for a variety of reasons. So I guess the compromise ended up being no hair.”

That could of course be chalked up to Marvel simply wanting to separate their JJJ from Sony’s JJJ of the Raimi trilogy, wanting to give him a modern update, or due to legal reasons. Still, it’s something to consider.

And let’s face it, in a post-COVID shutdown world, studios need all the help they can get and there’s no greater boost than capitalizing on the giant, loyal Marvel fanbase by giving them something they want and more beyond. Setting up a crossover event and multiverse between the two studios is just a smart strategy for both.

Story details for the third Spider-Man movie are being kept under wraps, but now we know Electro will be in it. There has also been speculation that Spidey villain Kraven the Hunter might appear thanks to one of the shooting locations being the wild and rugged terrain of Iceland and comments about Kraven from Spider-Man: Homecoming and Far From Home director Jon Watts.

It’s expected that the main cast from the first two movies will appear alongside Tom Holland, including Zendaya as MJ, Marisa Tomei as Aunt May, Jacob Batalon as Ned and Tony Revolori as Flash Thompson. It’s expected to start shooting this fall at the Pinewood Studios in Atlanta.

The third Spider-Man movie is set to hit theaters on December 17, 2021.