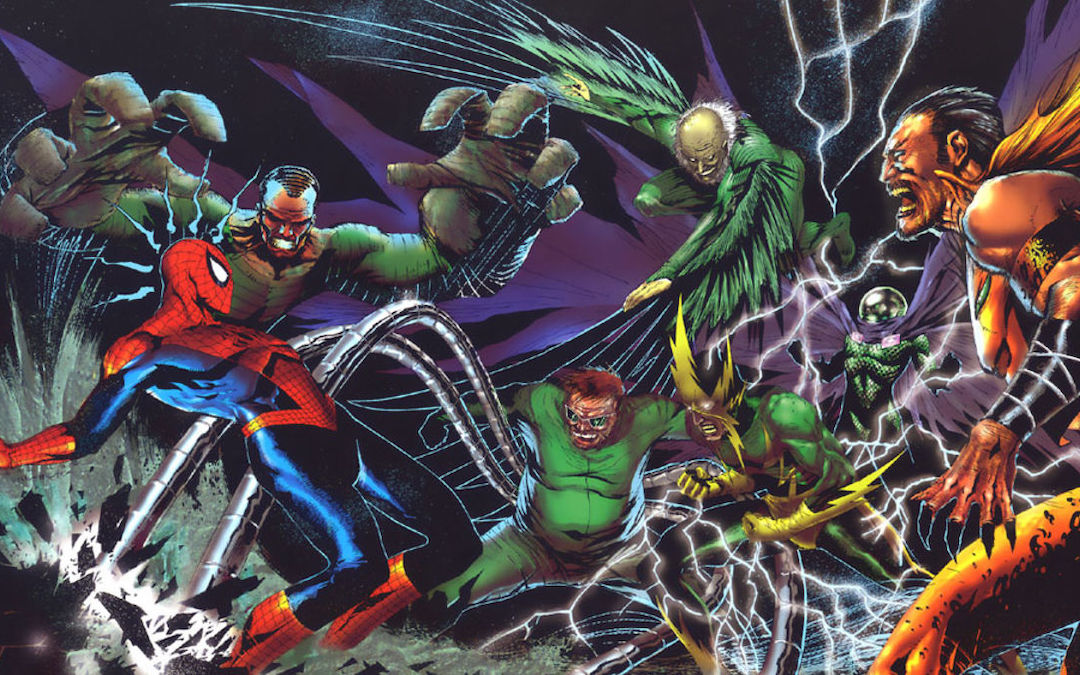 Is The ‘Morbius’ Teaser Trailer Hinting At A Crossover Future With The Sinister Six?

Today, the teaser trailer for Morbius dropped. With Jared Leto in the titular role, it follows Venom as Sony’s next film to follow a Spider-Man antihero (if not outright villain).

As far as teaser trailers go, it was what you’d expect: We got a quick overview of Michael Morbius, a scientist with a rare blood disease who accidentally turns himself into Morbius, the Living Vampire when he uses himself as the test subject for a dangerous cure. Comic book scientists, amirite? They should know by now the self-experimentation never works out. Be experimented on purposely or accidentally by others (i.e. Steve Rogers, Peter Parker) and you turn into a superhero. Experiment on yourself (Green Goblin, Morbius, etc.) and you become a villain. That’s just how it goes. (Comic book nerds, I know there are a lot of exceptions to this rule; please don’t ruin my joke by pointing it out.)

The biggest thing to be excited about is the potential for crossover happening – and a deliberate hint at the Sinister Six.

Yeah, that’s right. That’s none other than Michael Keaton, a.k.a. Adrian Toomes, a.k.a. Vulture in the trailer. It’s a blink-and-you’ll-miss-it moment, but nothing gets put into a trailer that’s not meant to be there. If Vulture is in there, it’s for a reason. And that reason is almost certainly that Sony and Marvel are finally teaming up for a Sinister Six movie.

The Sinister Six is a rotating gang of criminals in Spider-Man’s rogues’ gallery and a movie with them has been seriously teased since the ill-fated Amazing Spider-Man franchise. But now, with the Sony–Marvel Spider-Man deal secure for another few years, it’s a near certainty we’ll see the villain team on the big screen in the near future – perhaps in the next Spider-Man movie? Kevin Feige himself teased last fall when the deal was struck that we’d see more crossovers between Sony’s Spider-Verse and the MCU, saying, “[Spider-Man] also happens to be the only hero with the superpower to cross cinematic universes, so as Sony continues to develop their own Spidey-verse you never know what surprises the future might hold.” Which is basically Feige-speak for, “Yeah, crossovers are gonna happen, we’re just working out the details.”

If that’s the case, it opens up a world of possibility for potential Sinister Six members: Assuming crossovers are possible, not just between the MCU and Sony’s Spider-Verse, but also between animated and live-action, we already have a few candidates to join the Six as they’ve already previously appeared in movies: Morbius, Venom, Vulture, Scorpion (don’t forget – he appeared in the jail scene at the end of Spider-Man: Homecoming), and Doc Ock. Morbius and Venom and more antihero than villain these days in the comics, but for the sake of having fun, let’s assume they’d stand in opposition to Spidey in a movie. Assuming all of those characters are part of the Six, who does that leave? Well, Sony has announced they’re working on developing a film based on Kraven the Hunter – and let’s not completely write off Black Cat, who longtime Sony producer Amy Pascal said this summer was still in the process of having her own movie developed.

This also opens the door for an even more fun team-up: Peter Parker and Miles Morales. Fans have long been clamoring to see Tom Holland’s Peter Parker cross over from Marvel into Sony’s universe or for Sony’s animated Miles Morales get the live-action treatment. This, frankly, could be the best of both worlds. If Spider-Man is indeed the only hero with the superpower to cross cinematic universes, as Feige says, what’s to stop us from getting a team-up between both Spider-Men? Or even…Spider-People Vs. The Sinister Six.

The possibilities are endless. As a longtime fan of Spider-Man and also someone who professionally appreciates it when studios pull off slick crossovers, I’m looking forward to seeing how it all unfolds.