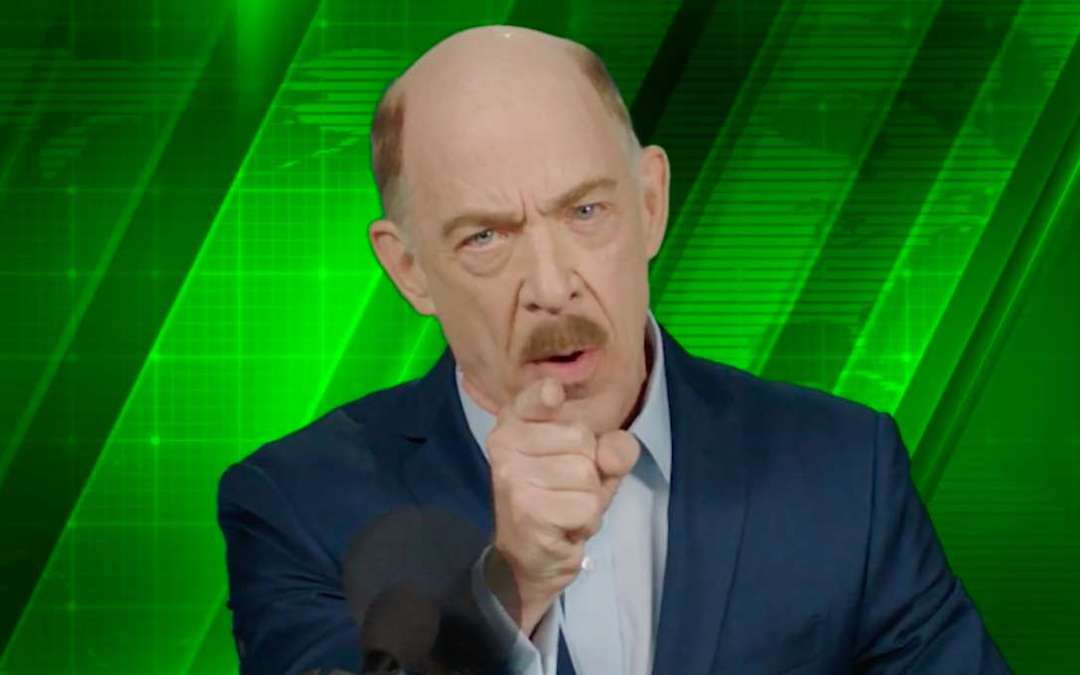 Spider-Man: Far From Home was a delight, but the scene that had fans the most pumped didn’t even happen in the movie at all, but in a post-credits scene: When J.K. Simmons reprised his role from the Sam Raimi movies as former Daily Bugle editor-in-chief J. Jonah Jameson, the audience went nuts.

However, though Simmons’ irreplaceable rapid-fire, blunt mannerisms of JJJ remained intact, fans noticed one drastic difference of the MCU version than his previous version in the Sam Raimi trilogy: his hair. Namely, that he had none. Jameson’s iconic flat-top was gone, replaced with Simmons’ natural bald pate.

So, what’s the deal?

Turns out it was down to the one thing that Simmons and Marvel disagreed on in regard to him reprising the role. Speaking to Collider, Simmons revealed the hair was a compromise, he explained with a laugh:

“The only thing we didn’t a hundred percent see eye to eye on, I think, was how much is this character going to be the character from, I think, the comic books and from the Sam Raimi original trilogy, and how much do we want to evolve it and to have it be more contemporary or more… you know. I was very attached to what I had done previously for a variety of reasons. So I guess the compromise ended up being no hair.”

However, he also pointed out that it might very well have just been a decision born of practicality as his deal came together quite late in the game:

“I think honestly, that decision might’ve just been them going, ‘We don’t have time to make a wig. We got to shoot him tomorrow in the office.’ So, J. Jonah Jameson either lost his hair in the last few years, or he was wearing a hairpiece the whole time. I don’t know, you pick.”

Regardless, we can expect to see more of Simmons as J. Jonah Jameson in the future. Earlier this summer, he confirmed in an interview with SiriusXM that they had one more JJJ appearance “in the can” and that he had been told there were plans for at least another appearance beyond that. His wording at the time was interesting, with Simmons framing his wrapped appearance as one that people will see sooner rather than later “assuming that movie theaters reopen and people are back in movie theaters sometime in the next whatever and if not we’ll see it on our TVs at home.” It seems likely the next place we’ll see him appear is either Venom: Let There Be Carnage or Morbius, two Spider-Man-specific movies, albeit under the Sony banner. Black Widow and Eternals are coming down the pipeline in the proper MCU, but it seems extremely unlikely that J. Jonah Jameson would make an appearance in either of those.

As for the third Spider-Man MCU movie, it’s still expected to hit theaters on December 17, 2021.