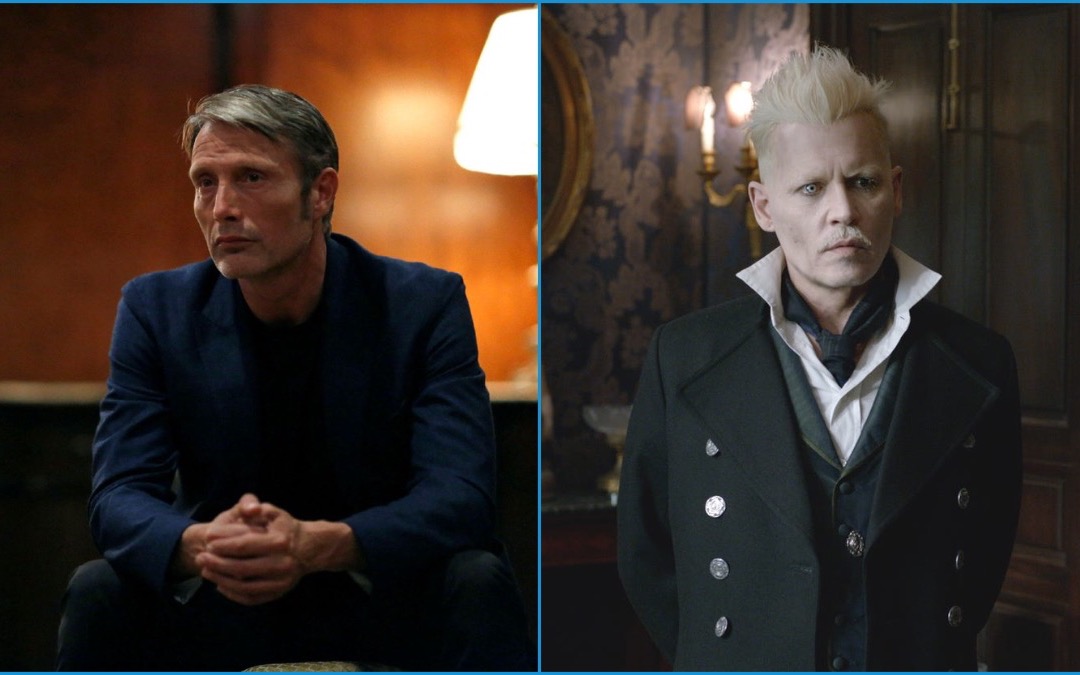 News Of The Week: Mads Mikkelsen Replaces Johnny Depp; ‘A Quiet Place 3’ On The Way

Hollywood was on temporary pause but productions are gearing back up, release dates continue to be tweaked in preparation for theaters reopening, and things are slowly starting to return to normal – or at least, our temporary new normal. Movie news has once again picked up this week in the form of a few surprise announcements and exciting new projects.

Johnny Depp To Be Recast In ‘Fantastic Beasts 3’

After a few years of well-documented legal troubles, Warner Bros. decided to part ways with Fantastic Beasts and Where to Find Them franchise star Johnny Depp. Depp originally broke the news in a short letter to his fans on Instagram, explaining the studio had asked him to resign from the role of villain Gellert Grindelwald and he agreed (it was later reported that WB will be paying his full 8-figure salary, even though he was only on set for a day). It came as something of a shock considering Fantastic Beasts 3 is currently filming, and Depp’s Grindelwald was expected to split equal screentime with Eddie Redmayne’s Newt Scamander and Jude Law’s Albus Dumbledore. As a precaution, Warner Bros. bumped the third Fantastic Beasts film from its November 12, 2021 release to the summer of 2022. Even so, the studio needs to hustle to find a replacement. And it seems they have, as…

The studio has turned to the wildly talented Danish actor to step into the role of Gellert Grindelwald that Depp has vacated. According to reports, he was at the top of director David Yates’ wish list and with good reason. Through his work on Hannibal and Doctor Strange, Mikkelsen has shown himself capable of creating a compelling villain. His gymnastics and dance background lends an elegant and sinister grace to his villainous roles that will be interesting to see applied to Grindelwald. He’s also an incredibly fast learner, with Doctor Strange director Scott Derrickson and writer C. Robert Cargill having raved in the past about Mikkelsen’s uncanny ability to pick up complicated things on the first try and then proceed to hit every mark. That ability will come in handy: With production already in full swing, he’ll need to hit the ground running should he officially sign on.

One of the most exciting upcoming Marvel movies is Spider-Man 3. Sure, it’s a sequel of a franchise we already know, but all the news we’ve gotten about the movie has indicated that it will open up the world in a huge way, perhaps even launching a crossover cinematic universe with Sony. Since he’s one of the busiest actors in Hollywood, Tom Holland went straight from wrapping filming on Sony’s Uncharted straight into filming Spider-Man 3. Back in action, Holland posted the first pic from the Spidey set, showing him in the Spider-Man suit and wearing a mask on top of that with the caption: “Wear a mask, I’m wearing two…” Always the responsible Spidey looking out for people.

Another anticipated Marvel movie is Black Widow. Sure, we already know how Natasha Romanoff’s story ends, but the excitement is in seeing Yelena Belova introduced into the movies and watching how their relationship unfolds. In the movie, as in the comics, Yelena graduated from the same Red Room program as Natasha, but while Nat escaped to the U.S. and joined the Avengers and broke free of the brainwashing, Yelena was still stuck in that world for far longer. That’s reflected in their individual fighting styles, says star Florence Pugh, who plays Yelena. While Yelena is all about efficiency and getting the job done as quickly as possible, Natasha is a bit more of a showboat and fights with a flourish that annoys the pragmatic Yelena. As a result, Yelena regularly ribs Nat about her fighting stance and that she gets too fancy whens she fights. It will be quite interesting to see how that plays out on screen in the fight choreography.

Even before the sequel hits screens, Paramount is banking on its success and potentially building out on what has been the thus-far successful A Quiet Place universe. It was announced that a third movie set in the Quiet Place universe has been greenlit. This one, however, will not be written and directed by franchise creator John Krasinski but by Take Shelter and Midnight Special director Jeff Nichols, indicating that it may not be a straight follow-up to the upcoming sequel but a spinoff movie that will expand the franchise while telling a slightly different story, or perhaps a prequel that explains how the monsters came to be. The first movie never bothered much with explaining the world, simply dropping you into the middle of the action. It leaves a lot of room for a thoughtful, creative filmmaker like Nichols to play. We can’t wait to see what he does.

After starring turns in the Marvel franchise and in the Jumanji movies, Karen Gillan has proven herself a solid action star. Her next project will find her taking on potentially her most physical role yet, and it looks awesome. Gillan shared the first pics from her female-led assassin thriller Gunpowder Milkshake. The story revolves around Gillan’s Sam, whose assassin mother abandoned her when she was young. Now an adult and trained to be an assassin by The Firm, the same crime syndicate that her mother worked for, Sam suddenly becomes their target when she’s torn between finishing a job and protecting an innocent girl. The only way she can survive is if she finds her wayward mother and the group of lethal women her mother associates with known as The Librarians. Together, three generations of assassins will have to learn to work together if they want to survive the night and take out the crime lords that wants them all dead. This one has a star-studded cast, too: Along with Gillan, it also stars Lena Headey as her mother, Angela Bassett, Michelle Yeoh and Carla Gugino as The Librarians, Chloe Coleman as the young girl they must protect, and Paul Giamatti, Ralph Ineson, Adam Nagaitis, and Michael Smiley. This one is at the top of our must-see list.

A ‘Scorpion King’ Reboot Is In The Works At Universal

Almost 20 years after he first appeared as the Scorpion King in The Mummy Returns and then in his own spinoff in 2002, Dwayne Johnson is resurrecting the franchise. This time, however, he’ll be on board as producer for Universal’s reboot of The Scorpion King rather than as the star. He and longtime business partner Dany Garcia have tapped Straight Outta Compton scribe Jonathan Herman to write the script, with the reboot reportedly being a contemporary story set in modern times. The search is on for a director as well as a new actor to step into the role of the Scorpion King. As the franchise is so dear to his heart (it was the first movie role he ever had and launched his Hollywood career), we can expect Johnson will be quite hands-on and heavily involved in both of these decisions. It’s also not out of the question that he might make an appearance in the movie or take a supporting role, though with his schedule being booked solid through 2022 it remains to be seen whether or not he’ll be able to fit it in. In any case, we’re always here for more big, fun, action-adventure movies.