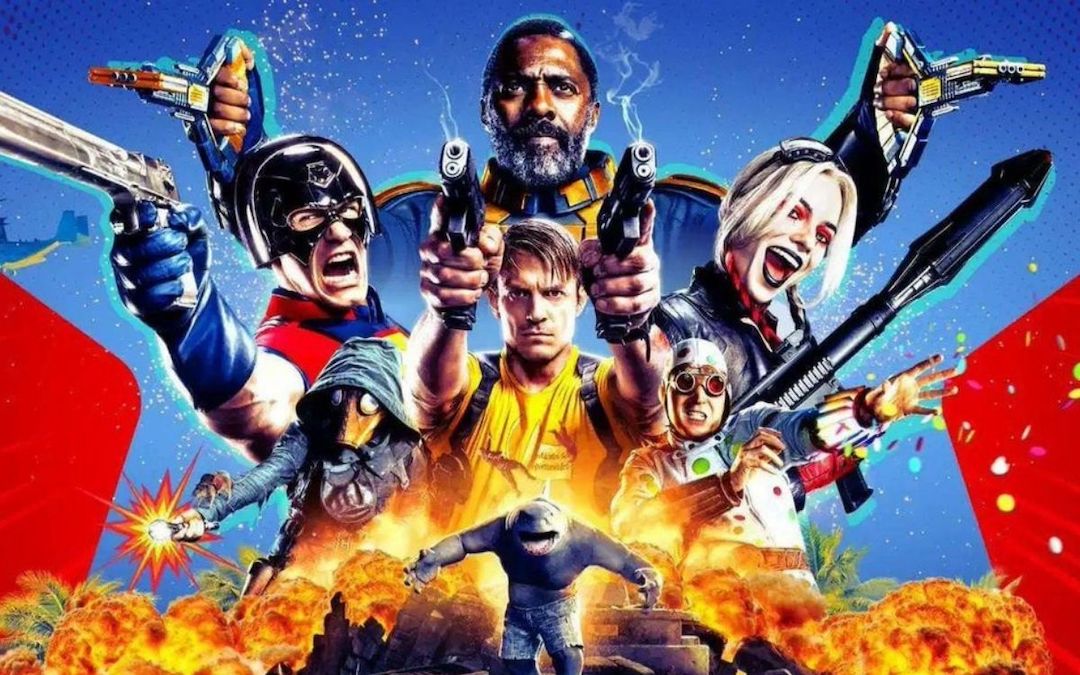 News Of The Week: James Gunn’s ‘The Suicide Squad’ Is Getting Rave Reviews

For a while, there has been speculation that Warner Bros. has been eyeballing Michael B. Jordan to be its next Superman. But as it turns out, that project will look a little different than we might have been expecting. Collider broke the news that Jordan’s Superman project–for now, at least–will be created for HBO Max and based on DC Comics’ first Black Superman, Val-Zod. Val-Zod is Earth-2’s Superman and one of the last Kryptonians left. Similar to Kal-El, Earth-Prime’s Superman, Val-Zod was orphaned at a young age, but his orphaning happened when his parents were executed by the Krypton high court. On Earth-2, he was found by human Terry Sloan, who took the young Kryptonian in, raising him and protecting him from the outside world.

Reportedly, Jordan’s Outlier Society banner has hired a writer to pen a script. Sources say it’s currently being written as a limited series that Jordan will be producing, but whether or not he’ll also be starring in it remains to be seen. This project is not to be confused with the Black Superman project in development through J.J. Abrams’ Bad Robot company, which is expected to revolve around the classic Kal-El/Clark Kent version of Superman.

The New York Times isn’t generally known as an outlet prone to breaking big movie scoops, but it had an interesting one this week: Universal Studios and streaming branch Peacock have teamed up to close a whopping $400+ million deal to buy the rights for a new Exorcist trilogy. That is a monster deal akin to the one Rian Johnson signed with Netflix for two Knives Out sequels and indicates Universal is ready to go head-to-head with some of the bigger streamers in terms of developing its own content. The trilogy is reportedly not a reboot of the classic, R-rated 1973 film, but star of the original, Ellen Burstyn, will be returning to the franchise. This time, the trilogy will star Leslie Odom, Jr. (Hamilton, One Night In Miami) as the father of a possessed child who, in his desperation, tracks down Burstyn’s Chris MacNeil character for help.

The trilogy will have a team with an excellent horror pedigree behind it. David Gordon Green, the director of Universal’s hit Halloween reboot, will be writing and directing the new Exorcist trilogy. Blumhouse’s Jason Blum and Couper Samuelson are set to produce, as is David Robinson, whose company, Morgan Creek, has previous held the Exorcist movie rights. At the moment, the first film is expected to be a theatrical release sometime in late 2023. The second and third films could go to Peacock, but that’s not yet been confirmed.

After Warner Bros.’ mangled attempt at a first Suicide Squad movie in 2016, it would appear James Gunn’s 2021 restart is already well on its way to correcting the past. The Suicide Squad is currently getting rave early reviews from critics. Reviewers are praising James Gunn’s uniquely oddball take on the property, as well as the performance of the huge ensemble cast, as well as the over-the-top, gory violence. Molly Freeman of Screen Rant says, “The Suicide Squad…proves that when a film franchise doesn’t feel overly beholden to what came before, it can shine.” Matt Goldberg of Collider says it’s “both the film we should have gotten all along and also only something that Gunn could deliver.” Meanwhile, Scott Mendelson of Forbes praises the film’s pitch-black humor: “The film’s extended prologue is a perfect distillation of the Suicide Squad concept, a masterpiece of black comedy action filmmaking and self-aware comic book satire.” And Brian Truitt of USA Today is grateful that James Gunn never plays it safe: “So it seems lightning has struck again, this time in the DC universe where the most successful movies thus far have played it safe. That’s never been Gunn’s game, thankfully, and certainly isn’t here.“

Overall, that’s some great commentary from a wide range of critics and it all says great things about Gunn’s second stab at the dysfunctional squad. It hits theaters next Friday, August 6th, and you can get tickets for The Suicide Squad here.

Now that Jungle Cruise is chugging toward its opening weekend, Disney is moving quickly on its next ride-based film. The reboot of The Haunted Mansion, which was announced last August, is circling around two talented names to co-lead the spooky comedy. Comedian Tiffany Haddish (Girls Trip) and Oscar nominee LaKeith Stanfield (Get Out) are in negotiations to star in Disney’s next planned family-friendly blockbuster. The story will reportedly follow a family who moves into the titular haunted mansion, but neither Stanfield or Haddish will likely be members of that family. Instead, Stanfield will play a tour guide in New Orleans’ French Quarter who used to believe in the supernatural but has stopped now that he’s a widower. Meanwhile, Haddish will play a psychic with the ability to commune with the dead. The project, which is set to shoot in Louisiana in the fall, is being helmed by Dear White People‘s Justin Simien off a script by Katie Dippold.

Last fall, 10 Cloverfield Lane‘s Dan Trachtenberg was tapped to direct the new Predator movie for 20th Century Studios. Since then, it’s been fairly quiet on that project’s front but Collider provided a handful of new tidbits this week. In an interview with producers John Fox and John Davis, Davis said it will go back to its roots of the original movie with Arnold Schwarzenegger, saying, “It goes back to what made the original Predator movie work. It’s the ingenuity of a human being who won’t give up, who’s able to observe and interpret, basically being able to beat a stronger, more powerful, well-armed force.” Fox followed that up with an intriguing comparison: “It actually has more akin to The Revenant than it does any film in the Predator canon. You’ll know what I mean once you see it. You can use your imagination. It is… early.” Trachtenberg is directing the film off a script by Patrick Aison, and both producers are pumped for what he’s bringing to the table with Davis saying, “Watching dailies, you just understand how his vision is completely unique. He’s got his own language and it’s fresh and it’s cool, and it’s interesting.” Reportedly, the film will star a female lead and tell an origin story about the first Predator to visit Earth. Hat’s off to the studio: The project is reportedly about three-fourths of the way through shooting, and details, including even the cast, are still tightly under wraps.

Third time’s a charm for Paramount’s reboot of The Saint: Bridgerton breakout star Regé-Jean Page has just been cast in the lead role of Robin Hood-esque thief and con man Simon Templar, replacing Chris Pine, who previously replaced Chris Pratt. From all appearances, this project has gone back to the drawing board since Pine’s casting. Seth Grahame-Smith, who was previously credited with the script, is now apparently no longer attached to the project and Kwame Kwei-Armah has stepped in to completely rework the script. At the moment, it’s not certain if Dexter Fletcher is still attached to direct. According to Deadline, Kwei-Armah’s take will be “a completely new take that reimagines the character and world around him,” which…honestly could mean anything. Previous iterations of The Saint, such as the 1997 movie starring Val Kilmer and the 1960s TV series, were loosely based on the 1920s series of books by writer Leslie Charteris. If Paramount can manage to keep everyone on board this time, it could be an exciting project.

Trailers and Clips of the Week

My God, what a movie. I can’t wait until December.

All due respect to previous Marvel stars, who have done what they can, but it will be nice to have a new hero played by an actor with legit martial arts bona fides.

If nothing else, this should please fans of the originals who hated the 2016 reboot.

Is Will Smith an early contender for an Oscar nomination?

If you’ve ever wanted to see a horror movie about a half-lamb, half-child, this is the movie for you.