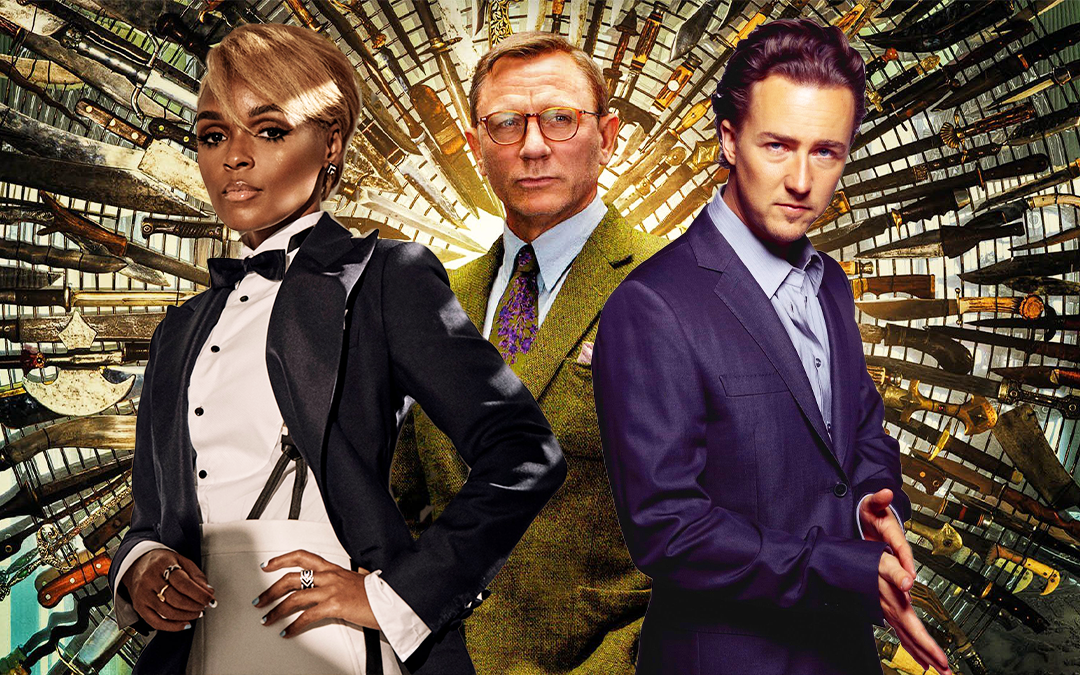 For those of you who have long harbored hopes that Emily Blunt and John Krasinski would one day star as Sue Storm and Reed Richards, a.k.a. The Invisible Woman and Mister Fantastic, you may want to point your hopes in another direction. Fan castings have swirled for years, and more recently, those fan castings have turned into thin rumors with the news that Marvel is working on a Fantastic Four movie with the MCU Spider-Man trilogy director Jon Watts set to helm it. However, the actress that many fans have as their top choice to play the lone female member of the Four has emphatically shot down those rumors, recently telling Howard Stern on his radio show, “That is fan-casting. No one has received a phone call. That’s just people saying, ‘Wouldn’t that be great?” Along the way, she also seemed to shoot down hopes she’ll appear in a Marvel movie – or any superhero movie at all:

“I love Iron Man, and when I got offered Black Widow, I was obsessed with Iron Man. I wanted to work with Robert Downey Jr. It would’ve been amazing. But I don’t know if superhero movies are for me. They’re not up my alley. I don’t like them. I really don’t. It’s been exhausted. We are inundated—it’s not only all the movies, it’s the endless TV shows as well. It’s not to say that I’d never want to play one, it would just have to be something so cool and like a really cool character, and then I’d be interested.”

So there you have it. Start prepping your second choices for Sue Storm now.

Universal’s Dark Universe, which was originally poised to be the monster equivalent of the MCU, has now become a loosely connected, director-driven slate of movies based on Universal’s classic monsters. There are at least half a dozen projects in the works, but the one that has perhaps flown the lowest under the radar is Robert Kirkman’s Renfield, a Dracula spinoff based on the iconic bloodsucker’s crazed minion. Heads were scratched when the project was first announced, but now Kirkman himself has shed some light on the concept and it sounds like it could be one of the Fat Man Beyond Podcast, Kirkman offered a brief description of what they’re aiming for, tonally, saying, “We’re doing this cool movie for Universal that’s a focus on Renfield. It’s a story about him being Dracula’s henchman and how shitty a job that is. It’s a fun, extremely violent comedy because I’ve got a crutch, and it’s violence.” In other words, it sounds exactly like a Robert Kirkman project, he of The Walking Dead and Invincible fame. Plan for lots of blood.

The stacked cast of Rian Johnson’s Knives Out 2 just got a little bigger this week by two. Deadline had the scoop that Edward Norton joined the cast while THR broke the news that Janelle Monáe was also on board. The pair join a cast that includes the recently added Dave Bautista, as well as Daniel Craig returning in the role of eccentric sleuth Benoit Blanc. Johnson will, of course, write and direct the sequel as well as produce with his creative partner, Ram Bergman, also serving in a producer role. It’s unknown at the time who any of the three newcomers will be playing, but production is set to start this summer in Greece, so it will likely be much larger in scope than the original. With the monster deal Johnson recently closed with Netflix, he can afford it, too: The deal was worth a reported $469 million for two Knives Out sequels, giving Johnson full control with only two requirements: One, that Craig must star in both movies and two, that they each had at least the same budget as the first film, which was around $40 million. It’s arguably already worth that money, too. Whatever script it was that Edward Norton read, it must have been fantastic to get the notoriously picky A-lister to sign on. With Johnson essentially getting a blank check to do what he wants, we can expect the cast of the sequel will be just as stacked as the first.

Fresh off the success of her feature directorial debut One Night In Miami, Regina King has her next director gig lined up. The talented actor-director has signed on to direct and produce Legendary’s live-action adaptation of the acclaimed Image comic book series Bitter Root. Created by David F. Walker, Sanford Greene, and Chuck Brown, Bitter Root is set in the Harlem Renaissance of 1924 and follows the Sangeryes, a dysfunctional family of once legendary monster hunters who have since fallen from grace. Once, they hunted monsters and cured people infected by an evil supernatural force that was fueled by the hatred and prejudice of the era, warping people into hideous creatures. Now, however, most of the family is dead and the remaining members are bitterly divided over how to handle the infected. But when Harlem faces an unimaginable threat, they must dig through the pain and rancor of their divide and family history and restore themselves to greatness or allow the city to fall into darkness. The series garnered an Eisner Award in 2019 for Best New Series. With King on board as director, Ryan Coogler serving as one of the producers and Bryan Edward Hill penning the latest version of the script, this is shaping up to be a really exciting project.

‘Eternals 2’ Is Rumored To Already Be In Development From Marvel

Take this one with a grain of salt, but still, it’s an interesting bit of news. According to YouTube critic John Campea, Eternals 2 is already in development at Marvel Studios. Now, this is half-news, half-common sense, with Campea saying, “We all know there’s going to be an Avengers 5 and there’s going to be an Eternals 2.” And that’s kind of the point – Marvel has almost two dozen projects in development right now, far more than they confirmed in their recent MCU Phase 4 sizzle reel. That’s how it usually works: Marvel usually has a number of things in the works, always with an eye to the future, so that projects are in constant development for a decade in the future, so it’s no surprise that an Eternals sequel would be one of them. Law of averages dictates as much; pick any Marvel movie hitting theaters in the next few years and it’s likely one of them has a sequel story in at least an early stage of development. However, that Eternals 2 was seemingly confirmed is a positive sign in regard to the faith Marvel has placed in Chloé Zhao’s upcoming Eternals. Marvel execs were reportedly thrilled with the rough cut they saw, and the film has the potential to be quite different from anything Marvel has done before. We’ll find out in early November when it hits theaters.

Trailers of the Week

Venom: Let There Be Carnage

This is not even low-key one of my most anticipated movies of the year, if not the most anticipated. Dev Patel in an adaptation of one of the most famous stories from Arthurian legend: count me in.

If the Purge franchise is gonna go out, it might as well go out with a bang of ultra-violence. This could be one of the better Purge movies yet.

Michael Keaton, Maggie Q, Samuel L. Jackson and Robert Patrick in one movie signals a whole lot of action is headed our way. Buckle up.

Matt Damon tends to be extremely hit or extremely miss with his movies. From the looks of this trailer, this one’s a hit.