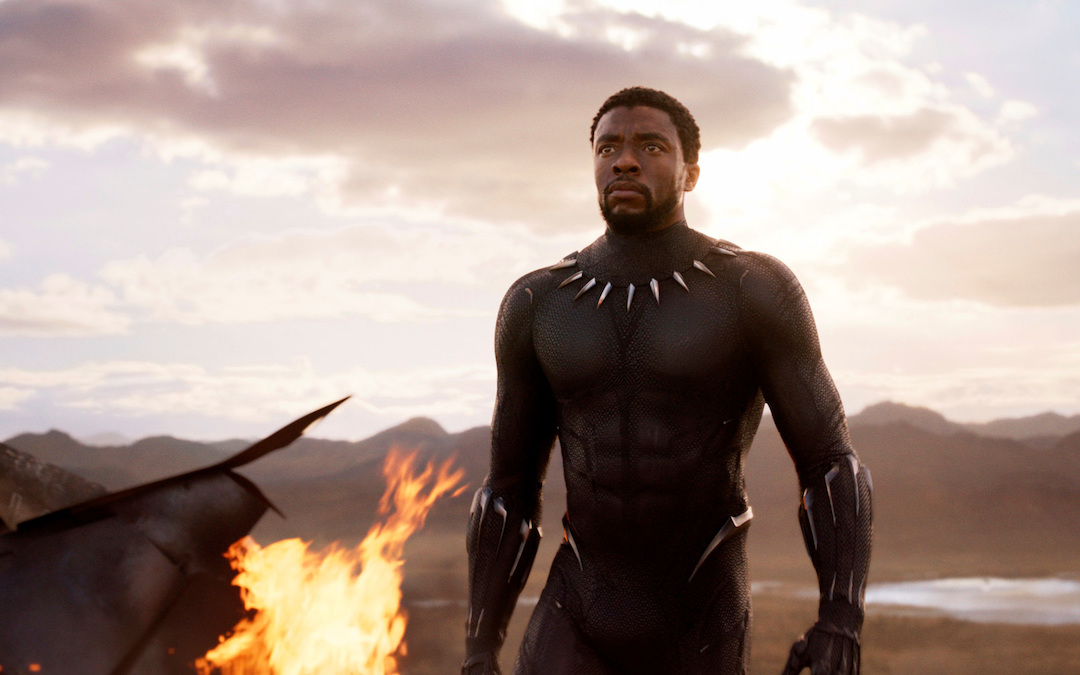 News Of The Week: No CGI Double For Chadwick Boseman In ‘Black Panther 2’ & More

Marvel’s WandaVision series is set to debut on Disney+ on January 15. Just because it’s on the streaming platform and not the big screen, however, doesn’t mean you should write it off as not being important to the MCU. In fact, Marvel’s spinoff series will tie into the movies in huge ways, with maybe none of them having a greater impact on the future of the MCU than WandaVision. Kevin Feige confirmed that the series will tie into a number of storylines from the movies, both in the past and in the future. But even more than influencing the future of the movies from a plot perspective, WandaVision is set to be the weirdest and most ambitious Marvel project to date from a tonal standpoint. It’s certainly easier to take risks in episodic series, but if WandaVision is received well, it may mean Marvel is more comfortable getting even more creative and unique on the movie side of things, too. In any case, we’re eagerly awaiting the middle of January.

And now for news on the movie end of Marvel. The unexpected and untimely death of Chadwick Boseman in August is still sending shock waves through the entertainment industry, and that includes Marvel. The cast and crew of Black Panther are still trying to process their grief and find a way forward for the sequel. However, one thing they have already emphatically decided: They will not be using a CGI double of Boseman in Black Panther 2, says longtime producer Victoria Alonso. It’s the right call. There’s something about using CGI likenesses that feels ghoulish, and doing so with Boseman so soon after his death would be downright disrespectful. There’s a big difference between a CGI double and using old footage to create a performance, such as what was done with the late Carrie Fisher in The Rise of Skywalker. Writer-director Ryan Coogler will have to figure out a new approach to the story, which will almost certainly see Letitia Wright’s Shuri take up the Black Panther mantle as she does in the comics, and that will take some time. But for now, we can rest assured that Marvel will be as respectful as possible with honoring their king’s legacy.

And now for a bit of just-for-fun news for any Potterheads out there. In a virtual Harry Potter reunion, the actors were reminiscing about old times on set and Rupert Grint revealed something that basically confirmed he is, in ways, a real-life Ron Weasley. He sheepishly admitted to having a “bad reputation” on set because he had a habit of getting uncontrollable giggles while shooting emotionally heavy scenes, earning the nickname “Go Again Grint” because his laughing would ruin so many takes. In fact, it was so bad that he ruined the very first scene he ever shot with Daniel Radcliffe, the scene in which they meet on platform 9 3/4 to await the Hogwarts train. In that scene, they’re supposed to make eye contact with each other. Grint couldn’t keep a straight face and his giggles got Radcliffe giggling, so the two eventually had to be separated and shoot their reactions separately in order to finish the scene. Amazing to look back now and see how young they were in the first movie, isn’t it?

While promoting his new movie, Freaky, director Christopher Landon was asked what classic horror IP he’d love to reboot. He knew exactly what project he’d pick: a Dr. Jekyll and Mr. Hyde movie. After nodding to director Leigh Whannell’s success with The Invisible Man, he said that Robert Louis Stevenson’s 1886 novella was ripe for a modern-day reboot, saying, “I think it’s genuinely scary, because we all kind of feel like we have monsters inside of us.” If he wants the gig, it very well could be his. Landon has been a longtime mainstay with Blumhouse, both as writer and director, and if he came to Jason Blum & co. with a great idea for a reboot, it’s likely they’d greenlight the project, as they did with Elizabeth Banks’ pitch for an Invisible Woman movie. Landon is one of the more exciting up-and-coming horror directors out there. It could be a lot of fun to see how he approaches a story about Dr. Jekyll and Mr. Hyde.