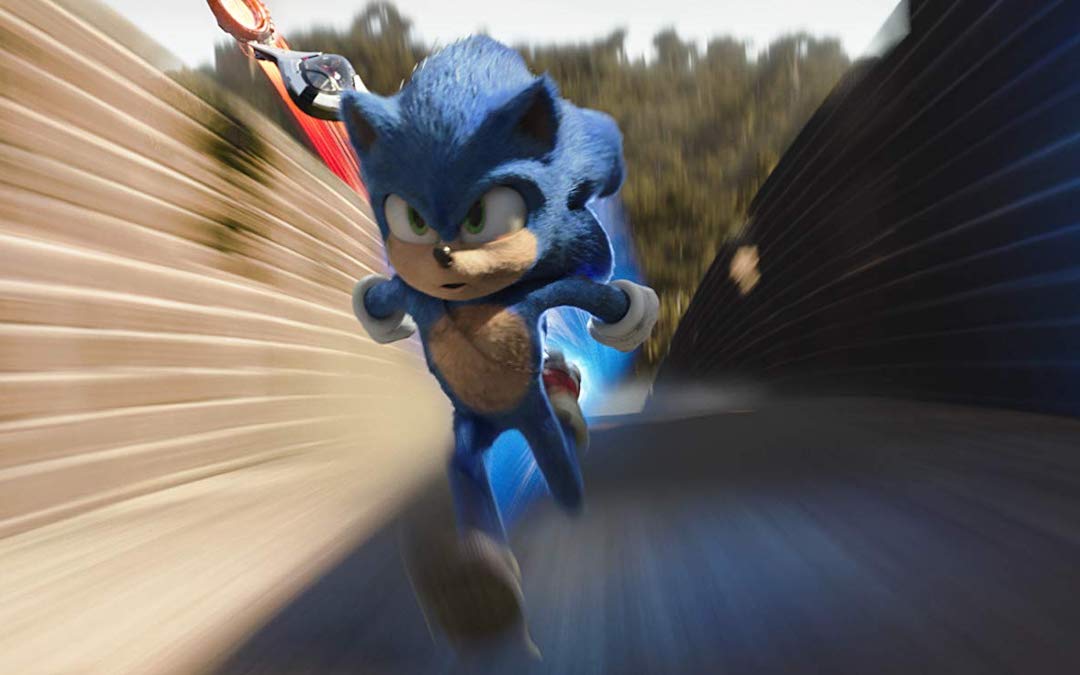 Each week on Atom Insider, we break down the box office numbers for all of the biggest films opening in theaters. This week, video game movies (and Paramount) scored a new life in Sonic the Hedgehog, which turned out to be an unlikely valentine for most audiences. Perhaps we can thank the last-minute makeover?

We were expecting somewhere between $40-45 million for the blue hedgehog’s opening weekend, but the film fittingly zoomed past those estimates to earn $58 million domestically in over 4,100 theaters, with even more still coming out of the four-day weekend thanks in part to surprisingly strong reviews. Worldwide, Sonic the Hedgehog has already made $111 million, which is looking good against its estimated production budget of just $95 million. Looks like this film might also be fast when it comes to securing a sequel.

Birds of Prey landed at #2 on the charts, only dropping 48.2% in its second week, which is pretty good for a comic book movie. But it’s still underperforming overall for the genre at this point in its run, making just $17.1 million in over 4,200 theaters. Thanks to a name change for marketing purposes and solid word of mouth, however, Birds of Prey will likely keep pushing its total box office to profitable levels throughout the rest of the blockbuster-lacking month, as it now stands at $145.2 million worldwide.

Two of the other wide releases of the weekend were neck-and-neck at #3 and #4, with the horror film Fantasy Island (Sony) just barely edging out the romantic drama The Photograph (Universal) with $12.4 million versus $12.2 million. Both films have low budgets, so they’ll likely prove to be modest hits with decent holds over the next few weeks, assuming audiences ignore the low ratings from critics for Fantasy Island in particular.

The fourth wide release of the week was Downhill (Searchlight), which lived up to its name by debuting at #10 with $4.6 million domestically, despite playing in over 2,300 theaters. The snowy comedy remake of Force Majeure clearly didn’t click with audiences or critics, and because we’re not sure yet how much the film cost, it’s hard to call this one an outright flop for now.

Looking at the rest of the Top 10, Bad Boys for Life (Sony) and 1917 (Universal) predictably dropped just three spots each to make way for most of the new wide releases, but they’re both holding pretty well for films that have been out in theaters for 5-8 weeks. Dolittle (Universal) couldn’t quite hold on, however, as it dropped five spots to #9. It lost ground to Jumanji: The Next Level (Sony), which only dropped two spots and actually made more this week than last week, still making over $5 million domestically after 10 weeks of release.

Thanks to an Oscars boost, the Best Picture winner, Parasite (Neon), jumped to #7 over the weekend after expanding its theater count to over 2,000. It’s now been playing in theaters for a staggering 19 weeks now, and it’s made over $175.2 million worldwide against a reported budget of just $11 million. This probably means a lot more people in the states are about to try cooking ram-don for the first time.

The Gentlemen (STX) bowed out this week after dropping five spots to #11 and losing 755 theaters. The Guy Ritchie gangster film has made $65.1 million worldwide against an estimated $22 million budget. Not bad, but certainly nowhere close to Ritchie’s box office success last year with Aladdin.

Knives Out (Lionsgate) fell back off the Top 10 after a brief reappearance, dropping two spots to #12, which is fitting because it’s been playing in theaters for 12 weeks. We probably won’t see this one returning to the scene of the charts again.

Little Women (Sony) is finishing a great eight-week run with $191.1 million worldwide against a reported budget of just $40 million. The film dropped five spots to #13 after losing 770 theaters.