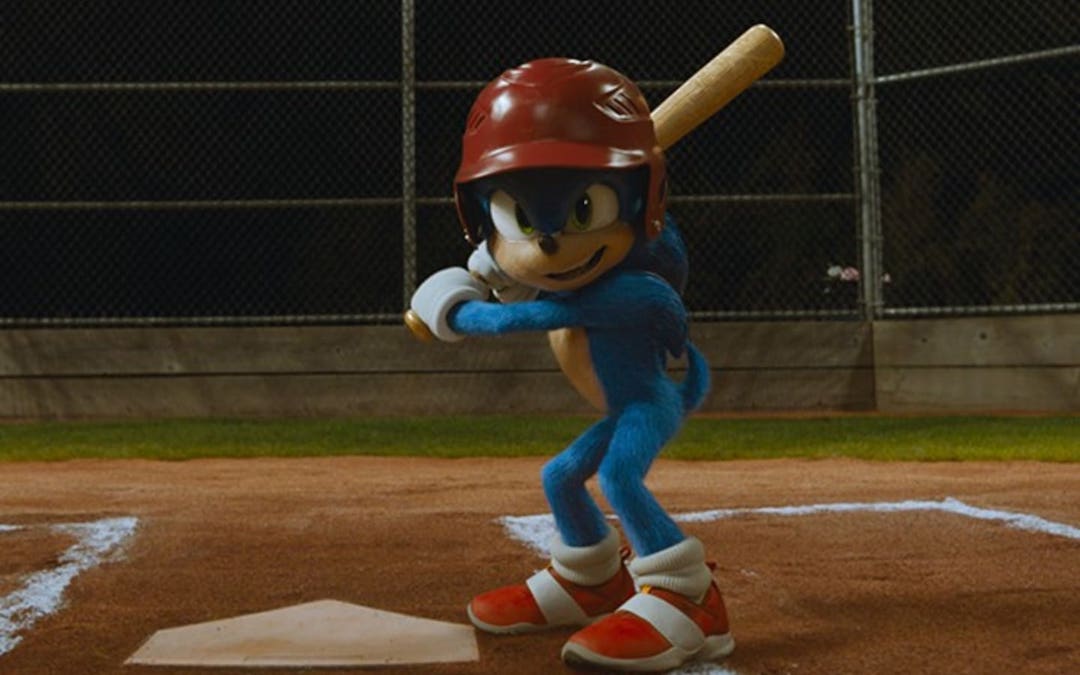 ‘Sonic The Hedgehog’ Review – Three Reasons To See It

After some bumps in the road and some scrambling to right the ship, Sonic the Hedgehog is finally in theaters this weekend. Based on the classic SEGA video game franchise, it follows the story of Sonic (voice by Ben Schwartz), a blue hedgehog from another world who flees to Earth after bouncing around from world to world trying to escape the unnamed enemies that always seem to find him. They want him, you see, because of his extraordinary speed – think The Flash using the Speed Force except with blue lightning.

The spiny speedster makes a happy home on Earth, but he’s lonely with having to hide. The citizens of Green Hills, a tiny town in Montana, become his “friends” – even if they don’t know it. However, when a shadowy government agency led by the brilliant but insane Dr. Robotnik (Jim Carrey), Sonic must reveal himself and team up with Tom (James Marsden), the sheriff of Green Hills, to escape Robotnik. Can Sonic and Tom – with plenty of help from Tom’s brave veterinarian wife, Maddie (Tika Sumpter) – save the town?

Video game movie adaptations have traditionally been…well, not always great. But does Sonic the Hedgehog make up for that? Can it entertain adults while winning over kids? It sure can. Here are three reasons to take your kids to see Sonic the Hedgehog this weekend.

After the snag with the original, Nightmare Fuel™ Sonic, VFX artists on the movie worked ’round the clock to update his design to a more kid-friendly version. They are the true unsung heroes of this movie, but writers Patrick Casey and Josh Miller might be a close second. This movie is funny – like, genuinely funny, with enough kid-friendly jokes, silly humor and sight gags to keep kids laughing. There is one visual gag involving a soaking wet Sonic shaking himself dry that had kids howling at my screening, and the endlessly physical gifts of Jim Carrey (we’ll get to that in a moment) had the kids around me in stitches.

However, that’s not to say parents won’t get anything out of it. While the movie is squarely a movie for a young audience – this isn’t a LEGO movie full of adult humor that will fly over the heads of kids – there’s still plenty that will get adults to laugh. Ben Schwartz delivers some deadpan moments of observational humor that belie the young hedgehog’s wide-eyed callowness. As for James Marsden, the forever criminally underappreciated actor, it’s an excellent reminder that, yes, he actually does have some serious comedic chops as the straight man in a movie. Parents, fear not – this may be a movie for your kids, but you will certainly not be bored.

As mentioned above, kids at my screening loved Dr. Robotnik and it’s easy to see why. We haven’t seen zany Jim Carrey on screen in a while, not since 2014’s Dumb and Dumber To. As the now-middle-aged actor has become more and more selective in his roles, and his more recent films veering sharply away from comedy, it’s easy to forget there’s an entire young generation out there who has no idea he used to be one of the most gifted, bankable comedians of the day. But Sonic proves he’s still got it when he chooses to bring it. As Dr. Robotnik, Carrey leans into the motormouthed, rubber-limbed physical comedy that saw him dominate the ’90s with Ace Ventura: Pet Detective, The Mask, Dumb and Dumber, Batman Forever and even The Cable Guy before tackling his first dramatic role with The Truman Show and embarking on a career path that led him away from physical comedy as he evolved as an actor. Robotnik brings him right back to his roots.

And as for kids? As I listened to them howling at Carrey waltzing and flouncing his way across the screen, it occurred to me that this is the movie that introduces an entirely new generation to Carrey’s once-in-a-generation gifts. Plenty of this has to do with the fact that he gets to bounce his over-the-top, bizarro character against Lee Majdoub’s Agent Stone, Robotnik’s eternally patient, eternally underappreciated right-hand man. But mostly, it’s all Carrey and he can command the screen with or without an on-set audience. In one solo scene, as Robotnik runs experiments in his lab and waits for results, he entertains himself with a dance number that allows Carrey to fully stretch his exaggerated physicality and wow, does he deliver. Absolutely deranged, and delightful to see. As a child of the ’90s, it was a delight rooted not in nostalgia, but in seeing that Carrey’s physical talent and comedic anarchy are all still very much alive and thriving.

3. The Sweetness Of The Heartfelt Story Balances Out The Humor

Sonic isn’t simply one silly sight gag after another, however. While Carrey steals every scene, we spend plenty of time with Sonic and Tom in a movie that is as much a buddy road-trip comedy as anything else. For a little blue furball made entirely of CGI, he certainly tugs on the heartstrings in the moments where he drops his bravado and you get a peek at just how lonely the little guy is. Sonic is, for all intents and purposes, just a kid, and he creates elaborate fantasies in his head where he pretends to be other people playing with him in order to fill his empty life with some semblance of connection and intimacy with others.

It’s what makes Marsden such a perfect foil; the actor exudes the sort of earnest good-guyness that makes you believe he’ll do the right thing whenever he’s on-screen without it feeling forced or schmaltzy. He seems like the sort of guy who would absolutely take in a strange blue alien and befriend it. Sonic might be the emotional hook, but Tom is the emotional anchor of the movie and the one whose emotional arc evolves as it progresses. It makes for a sweet, satisfying ending if one that’s predictable – but in a kids’ movie, that’s a minor quibble.

Sonic the Hedgehog is in theaters Friday, February 14th. Get tickets here.

After a decade of doing big- to medium-budget tentpoles with Aladdin, the Sherlock Holmes movies, criminally underrated The Man from U.N.C.L.E.... 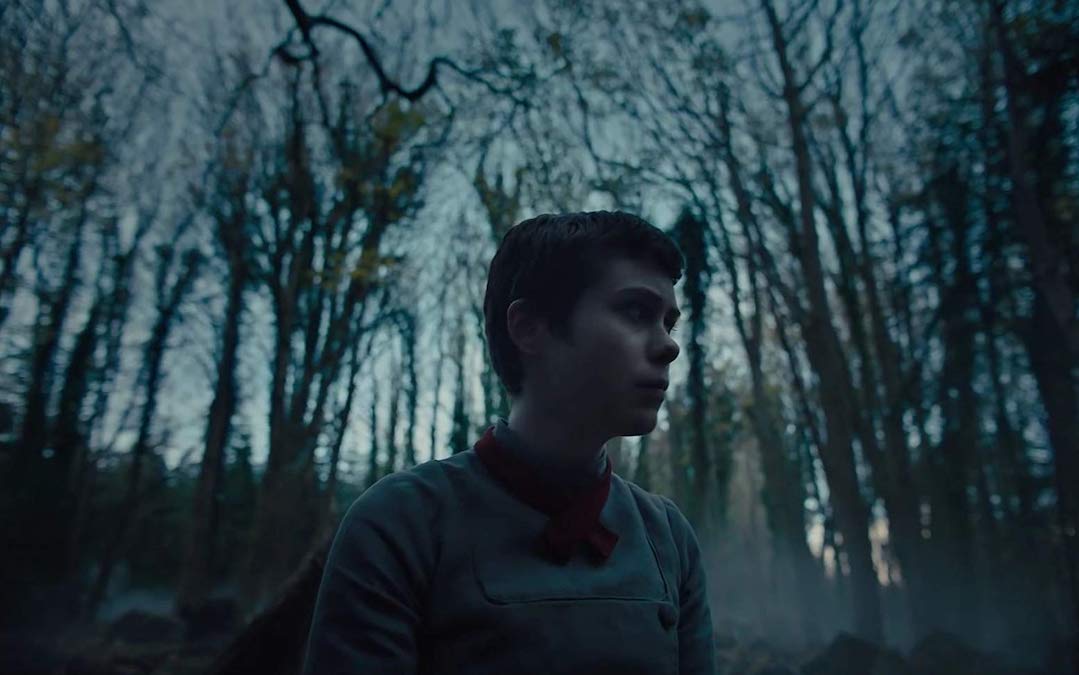 In our most recent resurgence of experimental horror, genre auteurs with distinct styles have broken big, from Jordan Peele’s terror-tinged...