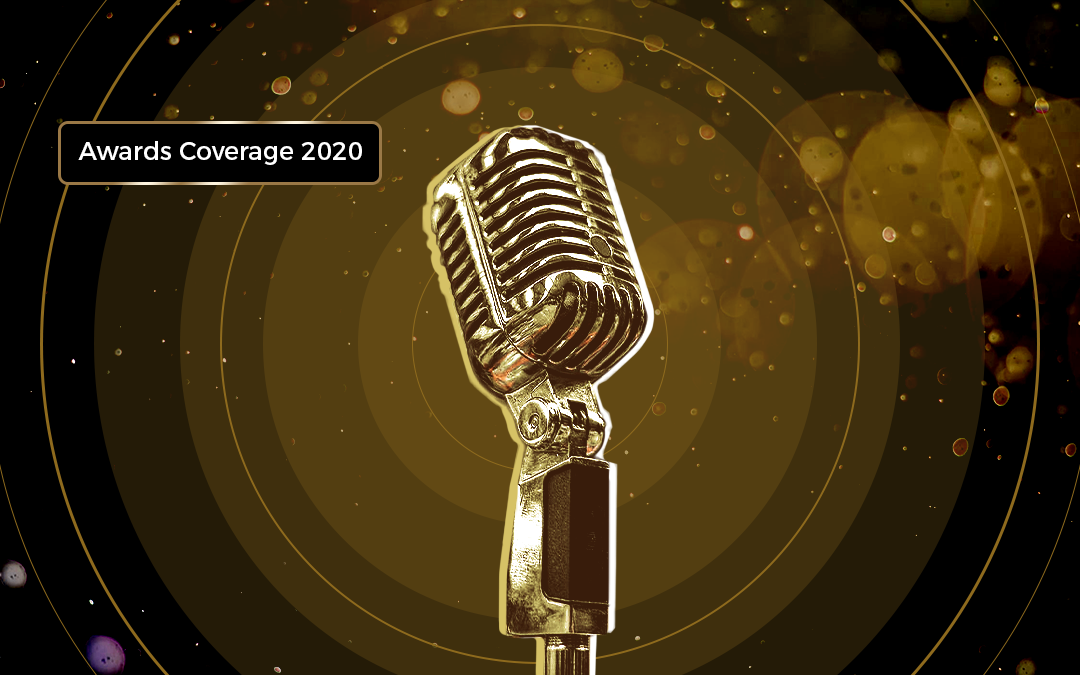 Who’s Presenting At The 2020 Oscars Ceremony

The 2020 Oscars are almost upon us, and that means that by now we have the list of presenters. Like last year, the 92nd Academy Awards will have no host, with the festivities being handled by a rotating cast of emcees.

The Academy recently tweeted an all-star list of some of its presenters:

The countdown is on! Welcome some of our incredible #Oscars presenters. pic.twitter.com/mmGi16Xu8S

The final countdown! Here is the latest round of #Oscars presenters. pic.twitter.com/QOVAvRG1eL

The countdown continues! Announcing some more of this year's #Oscars presenters. pic.twitter.com/eohNx16hJr

As with anything Oscars-related, there’s always quite a bit maneuvering regarding who will present, and figuring out why they’re there is sometimes just as fun as knowing who’s presenting. Are they the current It Girl or Boy of the moment? Do they have an upcoming movie they need to campaign for? Are they associated in some way with one of the nominated films or a past nominated film? Were they a previous winner in that category? Do they have ties to Disney (the owner of ABC, which airs the Oscars)? Or are they just great on stage and meant to keep the energy up and the party going?

Here are the presenters and our best stab at why they’re there.

Come on. Who better to be on stage than LMM? The creative powerhouse is seemingly never not in the news: Just today, he announced Disney would be bringing Hamilton to theaters in October, and, as the co-writer and most famous name behind the upcoming In the Heights, it never hurts to promote. Plus, his fingerprints, face and music are all over Disney projects past and present, including Moana, Star Wars: The Rise of Skywalker, Mary Poppins Returns, DuckTales and The Little Mermaid. He’s about as tight as anyone can get with the House of Mouse. It makes sense they’d want their ultra-talented golden boy to present.

This one’s easy: Beetz had a small but crucial role in Best Picture nominee Joker, and this is a nod to that role.

These two powerful women are soon to be facing off against one another in the upcoming and highly-anticipated Wonder Woman 1984. What better way to start priming our pumps for the movie than to have its hero and villain on stage at the Oscars?

These two veteran funnypeople costar in the upcoming Downhill, a remake of Force Majeure, set to hit theaters next week. Excellent promotion!

Timothée is, arguably, Hollywood’s hottest It Boy right now. The actor was also a major piece of one of the multi-award nominees this year as Laurie in Little Women, and he played the lead in Netflix’s acclaimed prestige historical drama The King.

About to be Hollywood’s next It Boy is Anthony Ramos. The Broadway actor had a small role in the much-lauded A Star is Born in 2018, was in Godzilla: King of the Monsters last year, and this year is even more exciting thanks to his longtime friendship and working partnership with Lin-Manuel Miranda: He’ll be appearing in In the Heights later this year and was announced for the upcoming theatrical release of Hamilton currently in development and due in theaters next year.

Sometimes, the Academy likes to recognize actors who had fantastic performances that went unnominated and these are the three for this year. While Ruffalo and his film may not have been nominated, Dark Waters was still critically acclaimed, with Ruffalo’s performance drawing rave reviews. The same could be said for LaBeouf – while he doesn’t quite yet have the same respect for his peers, his turn as writer-actor in Honey Boy was one of the most powerful and devastating performances of the year, with plenty of people feeling he’d been robbed of a nomination. And the same goes for Gottsagen, who was in LaBeouf’s well-received The Peanut Butter Falcon. All excellent movies and devastating performances that never received a nom. Consider this the Academy’s consolation prize.

Delightful Kelly Marie Tran has received a lot of backlash and flak from a certain contingent of the internet from her turn as the first Asian-American woman with a major role in the Star Wars universe, but was just in Star Wars: The Rise of Skywalker (though criminally underseen). And the Academy wants to position itself as being more diverse and, let’s be honest – no better way to do that than to invite the actress who has been more of a lightning rod than anyone else for the diversity debate in recent years. Plus, ABC parent company Disney loves Tran and would definitely want to get her on stage.

Normally, the Academy tries to steer clear of presenters being from nominated movies, but they’ll make exceptions for those who have ties to some Oscar-nominated films this year, albeit in much smaller roles provided they’re not nominees. This year, Romano was in The Irishman and Wilson in Jojo Rabbit.

Look, sometimes you just need naturally comedic people and raconteurs to be able to keep the party going and the crowd energized. After all, the Oscars sometimes feel like they’re 756 hours long, and you just see if YOU pay attention if you haven’t eaten all day to fit into a custom dress and you started getting ready a 9 a.m. You need some hosts to bring the funny and these three are it.

Longtime friends Hayek and Cruz are two of the most respected and hardest-working actors in the biz. They’ve both been doing great work for quite some time, and, what’s more, their presence automatically brings a bit of glam to an already glamorous night. Plus, if the two present together, their chemistry and ease with each other should make for a great intro.

Come on. It’s Brie Larson. Marvel’s golden girl, a strong supporting role in 2019’s Just Mercy, and one of the most outspoken voices in Hollywood. Plus, her previous Oscar win gives her a cache and street cred that few actors possess. This is a no-brainer.

Rising Star MacKay is the biggest name in a movie that was nominated for multiple awards this year. However, MacKay himself wasn’t nominated for his turn in 1917, a film still in theaters and that received excellent reviews for his performance and that of his co-star, Dean-Charles Chapman. If the Academy wants to inject a little bit of a youth movement into its proceedings, MacKay is a good choice.

Along with MacKay, Feldstein is a quickly rising star in Hollywood. The naturally funny younger sister of Jonah Hill, Feldstein was in last year’s critically-acclaimed bu underseen Booksmart, is in Taika Waititi’s What We Do in the Shadows series, and is in Richard Linklater’s upcoming Merrily We Roll Along. That’s an impressive year.

Along with a youth movement, the Academy also likes to bring deeply respected veteran actors to present, even if they don’t necessarily have any strong ties to nominated films or projects to promote. Granted, Weaver is in the soon-to-be-released Ghostbusters: Afterlife. But this is more of a nod from the Academy to two fierce women who have been killing it on screen for decades, earning multiple Oscar nominations along the way.

This one’s a bit of a headscratcher, but it’s notable that Ambudkar was in this past year’s acclaimed (but not nominated) Brittany Runs a Marathon. Plus, he’s in the upcoming Free Guy starring Ryan Reynolds, which is – you guessed it – a 20th Century Studios film, which is technically then a Disney movie. Sometimes you just need a wild card to present and boost their brand recognition, and this is it.

Last but not least. The man. The myth. The internet legend. Keanu Reeves is the king of our hearts right now, experiencing yet another career resurgence. Is there anyone you’re more excited to see on stage on Sunday? We think not.

The 92nd Academy Awards will air live from the Dolby Theater at 8:00pm EST/5:00pm PST on Sunday, February 9th.

Here Are The Craziest Gifts In This Year’s $225,000 Oscars Swag Bag

Every year, the Oscars are Hollywood’s biggest, most glamorous night. Actors turn out in couture, custom-made gowns and sharp tuxedos....