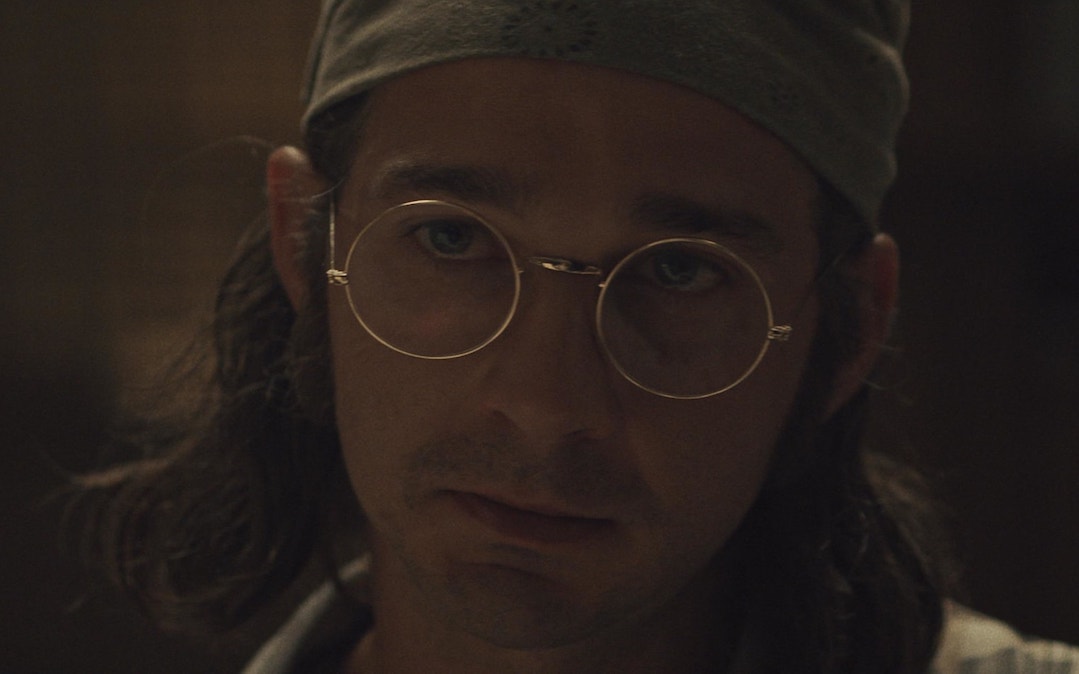 It’s been two months since I screened Honey Boy for the first time and I’m still thinking about it.

I figure that’s the best compliment you could ever give a movie, so that’s how I’m starting this review. Normally, I frame my reviews in Atom’s “Three Reasons” format, but I’m deviating from that here because I want some room to stretch with this one. You can’t really boil Honey Boy down to three highlights, three distinct reasons to see it; an alchemical reaction has fused it all together and it would do it a disservice to pull them so distinctly apart.

Shia LaBeouf famously wrote the script for Honey Boy while in rehab in 2017 as a means of coping with his life-long untreated PSTD. LaBeouf based it on his tumultuous childhood growing up as a child actor and his volatile and unstable relationship with his dad, who he plays in the movie (Noah Jupe and Lucas Hedges portray young Shia and adult Shia, respectively). While a few details here and there were changed, such as the character based on him being named Otis, it is directly biographical, his life painted with warts and all. That’s exactly what makes it so rare and remarkable.

LaBeouf’s performance of his father is an astonishing one. The skill alone would be enough to, in my opinion, generate Oscar buzz, but that he did it while playing his own father cements it for me. It’s a difficult thing to write truthfully about your life, to reveal the small, hurt parts of yourself you’d rather hide than expose it for people to poke and prod and not understand. Writers mine their trauma for story ideas but rarely does a writer ever put their trauma exactly as it is on display with the message, “Yes, this is me. This is my story.” Stephen King once wrote one of the most poignant things I’d ever read, and I still regularly return to it today, because it hits you right in the gut:

“The most important things are the hardest to say. They are the things you get ashamed of, because words diminish them — words shrink things that seemed limitless when they were in your head to no more than living size when they’re brought out. But it’s more than that, isn’t it? The most important things lie too close to wherever your secret heart is buried, like landmarks to a treasure your enemies would love to steal away. And you may make revelations that cost you dearly only to have people look at you in a funny way, not understanding what you’ve said at all, or why you thought it was so important that you almost cried while you were saying it. That’s the worst, I think. When the secret stays locked within not for want of a teller but for want of an understanding ear.”

I consider it one of the bravest things a person can do to say those important things. Yet, for as difficult as it is to portray ourselves in a truthful light, it’s sometimes even harder to do it when it comes to the people we love – or love-hate, as the case may be. Being the teller of someone else’s story is fraught with any number of things: not wanting to hurt them, not wanting to cause a rift, not wanting the world to misunderstand who they are. Even when they hurt us, sometimes hurt us deeply, we’re inclined to want to protect the people we love, to make excuses for them. It’s human nature.

But there are no such excuses offered in Honey Boy, no punches pulled in LaBeouf’s script or in his unflinchingly accurate portrayal of his father. Called James Lort in the movie (real name being Jeffrey LaBeouf), he is a powerful force of a man, a chaotic whirlwind cutting through Shia’s childhood and shaping his life in ways both good and bad. His military-like approach to pushing his son in his acting career is wielded as a weapon of familiar support, the only means of a man who has no other tools to show how much he cares. Verbal and mental abuse are rampant, as are James’ drug addiction and petty crimes. As his father, LaBeouf screams and demands, berates and pressures, is bitter and cruel – then breaks down in tears and tells his son how much he loves him, looks into his eyes and earnestly tells his “honey boy” that he believes he can do anything, anything at all. A man undone by abuse and trauma and without the tools to cope in a healthy way.

Honey Boy is a story about one actor’s childhood journey, but it’s also a story about generational trauma, and how unhealthy patterns beget unhealthy patterns. Abuse begets abuse. Addiction begets addiction. A child growing up in a family with limited communication skills and no coping mechanisms will grow up without those things himself. James is a Vietnam vet, a product of a war that mentally broke plenty of good men, let alone ones who came from an abusive home as James did. His familial line is a legacy of drunks, addicts and abusers who kept passing it down the line until it reached James himself, shaped him badly, then moved onto his son before his son broke the pattern.

And yet, LaBeouf does not excuse his father for his actions. Explanation is not excuse, and LaBeouf doesn’t let his father off the hook even when viewing him through an understanding and sympathetic lens. You can understand why a person is how they are and still condemn it; you can know they love you and still recognize that they too often turn to anger; you can still love someone who regularly hurts you. It’s a hard balance to strike when portraying a fictional character, let alone having the clarity and compassion to do it when portraying an abusive parent.

Storytelling is at its best when there’s truth at its core and Honey Boy is a powerful bit of truth from Shia LaBeouf. It may not ultimately prove to be the best performance of his career – he’s still too young an actor to make that call yet – but it’s certainly the most definitive.

Honey Boy is currently in limited release – do yourself a favor and make a point to see it when it expands.