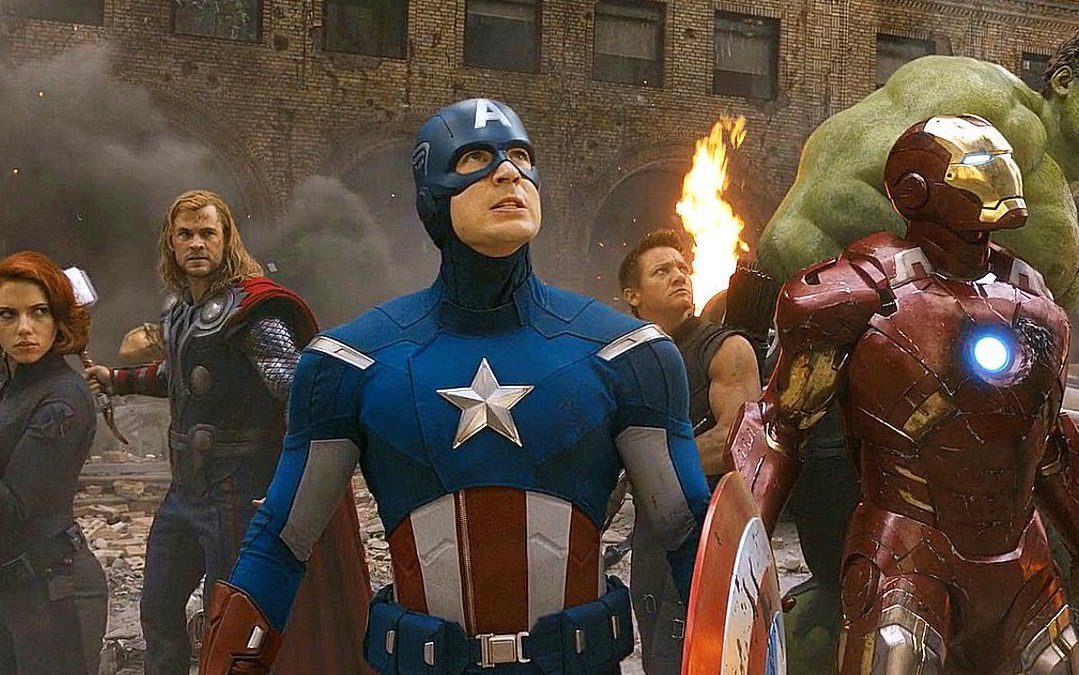 Which OG Avengers Deserves To Yell ‘Avengers, Assemble!’ In ‘Endgame?’

It will be a day unlike any other when Earth’s Mightiest Heroes unite for likely the final time to “fight the foes no single superhero can withstand.” That has been the ongoing theme of Marvel’s Avengers from their inception within comic books in 1963, to the upcoming Avengers: Endgame, opening in theaters April 26th.

If you’ve been a longtime fan of the comic book, or even if you did your internet research when the movies started coming out, you know that since the release of the first Avengers film in 2012, something has been missing. I am, of course, talking about the battle cry of the Avengers. The “If you smell what the Rock is cooking” of Marvel’s most dominant team. That phrase? “AVENGERS, ASSEMBLE!”

If you are not a fan of the comics, “Avengers, assemble!” has been a constant within the Avengers universe since the beginning. It’s their battle cry. It’s their call-to-arms. It’s what they yell when the Thai food has finally arrived (Thor is a 4-star guy. Surprised he’s not a 5-star, but this is the world we live in).

Hearing this iconic phrase would be a dream come true for comic fans who have followed the MCU since the first time Nick Fury broke into Tony’s house. One question remains: Who gets to say it? After 10+ years of anticipation, who should have the honor of saying the phrase gives the team the drive to fight? We’ve taken the core six Avengers and ranked them, looking at why they should say it, and ultimately why they ended up NOT saying it.

Bruce Banner is the king of making the best out of a terrible situation. As Bruce Banner, he is one of the world’s greatest scientists. As the Hulk, he is the strongest Avenger (when he decides to show up). Banner understands his place on the Avengers and can balance both sides of his personality to match what the team needs at the time. Infinity War is what cost him a higher ranking. The Hulk wants nothing more than to be free, but when the Avengers needed him most, he decided to stay trapped inside Bruce. We still don’t know why (we will probably find out), but the “strongest one there is” shouldn’t be cowering from a fight, no matter the reason.

Clint Barton has the most to lose as a member of the Avengers. He is the only one that has the stereotypical family unit to put first. That’s the reason why he didn’t join the team in Wakanda (yes, he was under “house arrest,” but if he didn’t have a family, can you honestly say that would have stopped him?). From the context of the Endgame trailers, it seems that Clint’s family was a victim of the Snap, leaving him lost and alone. Their loss is one of the many reasons he takes up the mantle of Ronin. He ranks at number five because even though he has reunited with his Avengers family, the loss of his first family could make him a wildcard.

Black Widow and Thor are on equal footing when it comes to arguing they should each get the chance to say the famous phrase. They both learned how to be better people throughout their MCU journey. Thor went from an arrogant bore to a witty, strong leader. Black Widow started as a Russian assassin to putting her team and the innocent first, as well as being the glue that holds the Avengers together.

However, they are slightly (we are talking smidgens, here) outranked. After Age of Ultron, Thor left to find the other Infinity Stones. Not only did he not retrieve them, but ended up captured and fighting his teammate in a sort of alien gladiator games (we are in no way criticizing the awesomeness of Thor: Ragnarok). If Thor hadn’t trusted his brother during that adventure, Thanos wouldn’t have been able to gather all the Infinity Stones.

For Natasha, even though she had learned so much about being a hero over a spy, she just couldn’t let the training go. In Winter Soldier, she revealed to Cap that she had a different mission than his, showing that he couldn’t trust her. She was able to redeem herself to Cap, helping him escape during the events of Civil War. The consequence of that was now Tony could no longer trust her – but again, she saw shades of grey that Tony never did. However, there are two OG Avengers that deserve to yell the call to action even more…

These last two were neck and neck, but here’s why Captain America is ranked number two. Throughout the MCU, Captain America had to learn a lot. Frozen in ice for almost a century, he had to catch up on quite a few things. What Cap didn’t need to do was grow. He didn’t need to learn how to be a better person, because he was already the best of us. That’s why the Avengers took his lead during the Battle of New York. That’s why when he made the call to take down S.H.I.E.L.D. to end Hydra’s threat, everyone fell in.

Civil War is where Cap makes his real, first mistake. Whether or not the Accords were the right plan or not is irrelevant. It was the fact that he wouldn’t listen to Tony and try to hash things out. By letting those emotions get the best of him, he inadvertently led to the splintering of the Avengers. While Steve Rogers is the quintessential “perfect man,” it was this one major screw-up that gives him the number two rank.

While Cap’s imperfections cost him the job, it was Tony’s that won him it. Since he became Iron Man, Tony has done nothing but try to make up for his past mistakes. Unfortunately for him, his attempts to solve problems usually create new ones. Ultron became sentient and killed hundreds of people. Recruiting a kid, Peter Parker, into the Civil War almost got that kid seriously hurt. Building new armors to help with the world almost cost him his relationship with Pepper.

With all the “wrong” he’s done, however, he never quit trying. He agreed there needed to be some regulation of heroes, so nothing like Sokovia happens again. When he and Cap argued over the Accords, he tried multiple times to sit down and reason with his friend before the fight that led to their estrangement. With Peter, Tony never stopped watching over him following Berlin, becoming the mentor figure Peter needed (a superhero mentor, that is. In no way are we discrediting May Parker. Not in this house).

In Tony’s ongoing story of redemption throughout the MCU, it would fit for their final stand against Thanos the Armored Avenger – and the actor upon whose back the MCU was built – is the one who finally gets to hell yell the last rally cry, “AVENGERS, ASSEMBLE!”