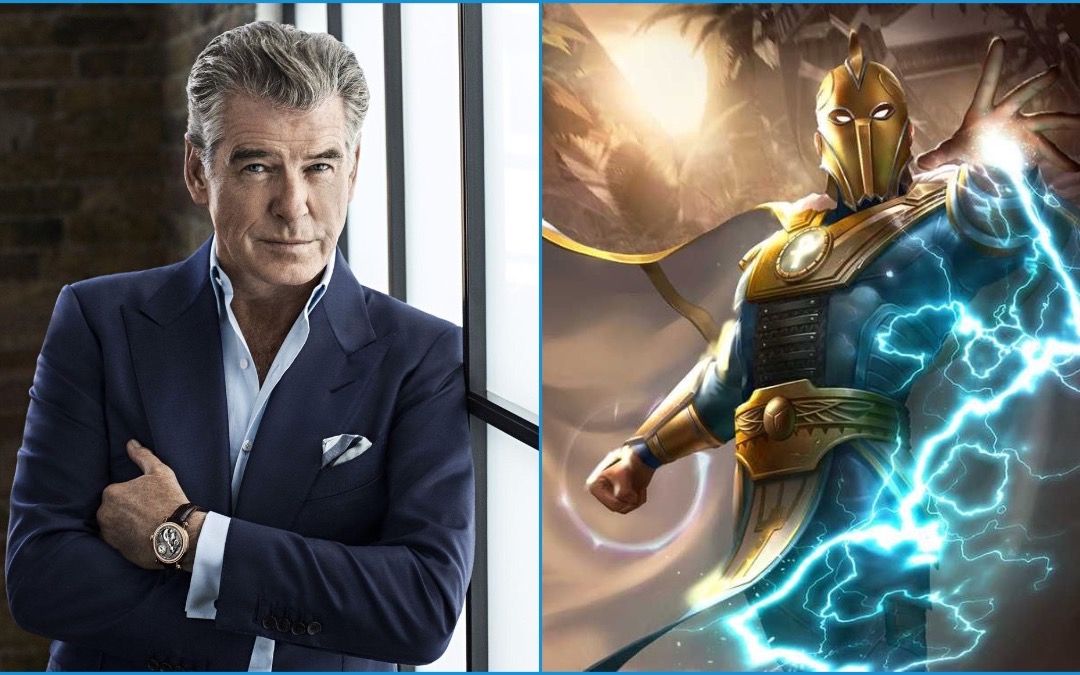 News Of The Week: ‘Zatanna’ Movie A Go For DC; Helen Mirren Cast In ‘Shazam 2’

Hollywood was on temporary pause but productions are gearing back up, release dates continue to be tweaked in preparation for theaters reopening, and things are slowly starting to return to normal – or at least, our temporary new normal. Movie news is once again starting to flow, with us bringing you a few hand-picked stories we think you’ll like. This week finds an avalanche of news from Warner Bros. regarding the future of their DCEU.

Though it’s taken a while to find the next piece of the Black Adam cast puzzle, Warner Bros. has finally found its Doctor Fate: Pierce Brosnan. The news comes courtesy of THR, who announced the Irish actor would be joining the cast of the DC movie. Brosnan’s casting as Doctor Fate means the Justice Society of America, which Black Adam is set to introduce, is complete. Brosnan joins as cast that already includes Dwayne Johnson as the titular character, Noah Centineo as Atom Smasher, Aldis Hodge as Hawkman, and Quintessa Swindell as Cyclone. While the better-known Justice League is an elite squad of superheroes at the top of their game with specific missions, the JSA is currently more of a multi-generational organization that’s focused on training. Whether or not it will operate the same way in the movie adaptation is unknown, but WB is clearly taking its time with casting, wanting to get it right. They took a great next step toward achieving that goal with the casting of the veteran Brosnan.

Coming straight off her Oscar nomination for Best Director for Promising Young Woman, writer-director Emerald Fennell has been tapped to write DC’s Zatanna movie. J.J. Abrams is set to produce through his Bad Robot company. Though it’s unclear whether or not Fennell will also be directing the movie, her penning the script is exciting news on its own. Zatanna has long been a fan-favorite character that DC die-hards have long been hoping would come to the big screen. As a magician and one of the most powerful sorcerers in the DC universe, Zatanna has worked with the Justice League and Justice League Dark, among other teams, and has also been in a romantic relationship with another beloved character, John Constantine, and good friends with Batman since childhood. The potential in a Zatanna movie is immense, and Fennell handling her story is an intriguing prospect. Expect this project to move along quickly.

Some good news on the long-quiet Shazam! Fury of the Gods front: THR has reported that Dame Helen Mirren will join the cast of the sequel as the villain Hespera. The character doesn’t have a clear DC comics counterpart, but she’s being described as “the daughter of Atlas,” Atlas being the name of several characters in the DC pantheon inspired by the Titan from Greek mythology. Mirren joins a cast that recently added the upcoming West Side Story‘s Rachel Zegler, whose role is being kept under wraps. However, sources say Mirren and Zegler will be playing sisters, though both may not hold malicious intent. Meanwhile, David F. Sandberg is returning to direct off a script written by Henry Gayden, who also penned the first film. That film opened in April 2019 and earned $366 million at the box office. Considering how well-received it was critically and the good word-of-mouth it has gotten since, the sequel should bank much more.

Warner Bros. Returning To Theatrical Only Releases For 2022 With Shortened Exclusive Window

After its extremely controversial decision to move all its 2021 movies to day-and-date releases set to hit theaters and HBO Max simultaneously caused an avalanche of backlash from filmmakers and theater chain partners, Warner Bros. has dealt with considerable criticism for its unilateral decision. However, it appears that 2022 will see the studio returning to theatrical only releases now that it’s finally struck a deal with Regal Cinemas parent company Cineworld. However, like other studios that have taken advantage of the pandemic to restructure the exclusive theatrical release windows of their films, Warner Bros.’ deal also comes with a shortened theatrical window. Starting in 2022, the exclusive window will be a shorter 45 days as opposed to the 90-day window before the pandemic. Still, considering Regal Cinemas refused to reopen to show Warner Bros. movies in 2021 if they were also going to HBO Max, the deal is a significant one and all the more so because Cineworld is the first to sign it with WB. With the 45-day window, Warner Bros. joins a list of studios that have rejiggered their rollout model. Paramount will be adopting a similar 45-day window for its bigger tentpoles and 30 days for smaller releases. Last fall, Universal announced a deal it’s implementing with AMC and Cinemark that is a bit more complicated: At least three full weekends of theatrical exclusivity for all Universal & Focus Features films, with any film that grosses at least $50 million opening weekend getting a promised five full weekends in theaters before Universal has the option to move it to PVOD.

It hasn’t even aired yet, and already, Marvel series Hawkeye is getting a spinoff series. Echo will focus on the character of the same name, who is being played by Alaqua Cox in the upcoming Disney+ series. Etan and Emily Cohen are set to serve as writers and EPs and are currently assembling a writers’ room. Echo, otherwise known as Maya Lopez, is a Native American-Latina character and one of the few deaf superheroes in comics. She has the ability to mimic someone else’s moves and fighting styles, making her a tough opponent, and was the first character in Marvel comics to go by the Ronin moniker before passing it onto Clint Barton. With the casting of Cox last December, it marks the first time a deaf Native American actress has landed a role in a Marvel production and is just another sign of Marvel’s increased commitment to having more inclusive stories with greater cast diversity to better reflect our world. The Hawkeye series cast is already stacked. Along with Cox, Jeremy Renner will be returning to his titular role of Clint Barton/Hawkeye, along with Hailee Steinfeld’s Kate Bishop, who takes up the mantle of the next Hawkeye in the comics. Vera Farmiga will be playing Kate’s mother, Eleanor Bishop, while Florence Pugh will be returning as Yelena Belova, who is set to debut in the upcoming Black Widow. Fra Fee will be playing a character named Kazi, most likely Kazimierz Kazimierczak, a.k.a. the mercenary known as Clown. Tony Dalton will play Duquesne, likely Clint’s mentor from the comics, Jacques Duquesne, a.k.a. Swordsman, who has been both hero and villain in the comics. Zahn McClarnon will play a character by the name of William Lopez, who we can guess will be the live-action take on Maya’s father Willie “Crazy Horse” Lincoln from the comics. Hawkeye will debut on Disney+ in late 2021; Echo does not yet have a planned release window.

In more Disney+ spinoff series news, Deadline has learned a National Treasure series has been greenlit. The long-gestating production has finally gotten the go-ahead with a 10-episode order. From producer Jerry Bruckheimer and writers Marianne and Cormac Wibberley, the series is set to be a reimagining of the National Treasure movies set in the same universe with Mira Nair set to direct. The series is said to be exploring “the timely issues of identity, community, historical authorship and patriotism, told from the point of view of Jess Morales, a twenty-year-old DREAMer who, with her diverse group of friends, sets off on the adventure of a lifetime to uncover her mysterious family history and recover lost treasure.” Jess is set to take the torch from Nicolas Cage’s Benjamin Gates from the film franchise, though it’s unclear whether or not Cage will make an appearance in the series. It should be noted, however, that the announcement of the TV series is separate from the long-planned third National Treasure movie, which brought on Chris Bremner as a writer in January of last year. That project is still in development.

‘Bewitched’ Movie Based On Classic Sitcom Greenlit By Sony

Also a Deadline exclusive is the news that Sony has set a Bewitched movie adaptation into development based on the classic ’60s sitcom starring Elizabeth Montgomery and Dick York (later replaced by Dick Sargent) as a witch married to a human male in suburbia. MacGyver and 12 Monkeys showrunners Terry Matalas and Travis Fickett will write the script. Sony has previously tried a Bewitched movie with Nora Ephron directing a romcom version in 2005 starring Nicole Kidman and Will Ferrell. This upcoming project will reportedly hew more closely to the series and involve a witch who marries a human man with a normal life as an advertising exec and tries to hide her powers and her crazy magical family from him. Though the 2005 movie was a non-starter at the box office, it’s fair to guess Sony has been looking for a way to try again for a while and, with the wild success of Marvel’s WandaVision, saw its opportunity. No director has yet been named, and casting has not yet begun. Still, with the right team on board, this could be an incredibly fun, contemporary project that breaks down the pressures of modern-day marriage. 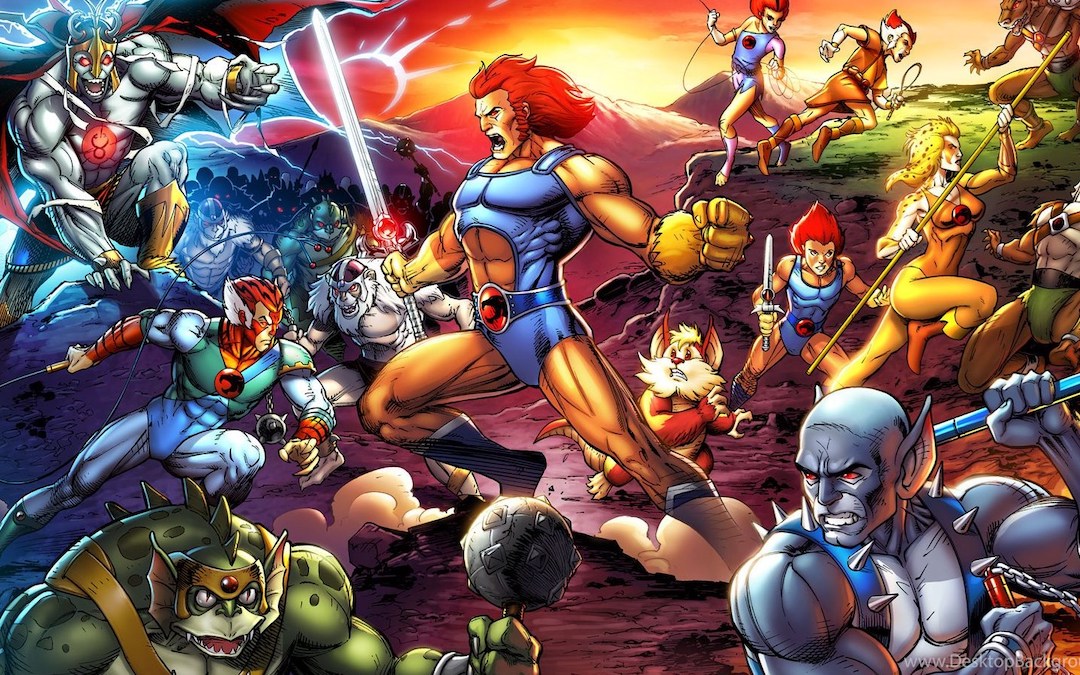