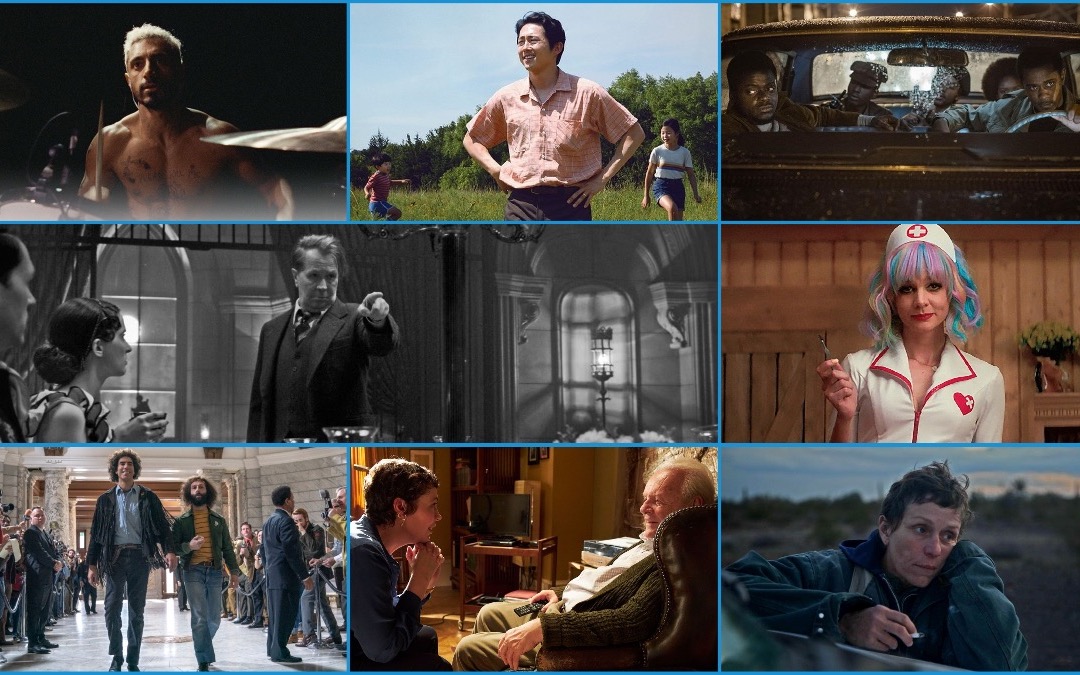 The nominations for the 93rd Academy Awards were announced this morning and, as always, there were a few surprises (though not as many as one might think considering how tumultuous the past year was in movies) and a few snubs.

Half a dozen movies followed with six nominations apiece: The Father, Judas and the Black Messiah, Minari, Nomadland, Sound of Metal, and The Trial of the Chicago 7, with actress-writer turned director Emerald Fennell’s feature debut Promising Young Woman right behind them with five nominations. Fennell’s nomination for Best Director, along with Chloé Zhao for Nomadland, is the first time two women have ever been nominated for that category in the same year, with Zhao being the first Asian woman to be nominated, period. It was also the first time an Asian-American has been nominated in the Best Actor category (Steven Yeun for Minari) along with the first Muslim and person of Pakistani descent (Riz Ahmed for Sound of Metal). Overall, nine people of color were nominated in acting categories, an Academy Awards record. However, that doesn’t mean there weren’t still some snubs and surprises.

LaKeith Stanfield had been positioned in the Best Actor category for Judas and the Black Messiah to make space for his co-star Daniel Kaluuya in the Best Supporting Actor category. However, he ended up earning more votes in the latter category so now both men are competing for Best Supporting Actor. As for snubs, while film critics had been championing Delroy Lindo for Best Actor for his devastating performance in Spike Lee’s Da 5 Bloods, he was overlooked, as was Regina King for Best Director for One Night in Miami. Outside of Judas, Black-led dramas were overlooked entirely in the Best Picture category between the aforementioned Da 5 Bloods, One Night in Miami, and Ma Rainey’s Black Bottom.

The announcements were two months later than usual as this year’s ceremony has been pushed back by a few months. The ceremony, which was originally scheduled for February 28 as usual, was pushed back to April 25. It will take place live in-person at Los Angeles’ Union Station and the Dolby Theatre.

The Trial of the Chicago 7 – Marc Platt and Stuart Besser, producers

Thomas Vinterberg – Another Round

Best Actor in a Leading Role

Best Actress in a Leading Role

Vanessa Kirby – Pieces of a Woman

Best Actor in a Supporting Role

Sacha Baron Cohen – The Trial of the Chicago 7

Best Actress in a Supporting Role

Over the Moon – Netflix

One Night in Miami – Kemp Powers

The Trial of the Chicago 7 – Aaron Sorkin

“Speak Now,” (One Night in Miami) – Music and Lyric by Leslie Odom, Jr. and Sam Ashworth

“If Anything Happens I Love You” – Netflix

News of the World – Dariusz Wolski

The Trial of the Chicago 7 – Phedon Papamichael

“A Concerto Is a Conversation” – Ben Proudfoot and Kris Bowers

“Do Not Split” – Anders Hammer and Charlotte Cook

The Trial of the Chicago 7 – Alan Baumgarten

The Man Who Sold His Skin – Tunisia

The One and Only Ivan – Nick Davis, Greg Fisher, Ben Jones and Santiago Colomo Martinez