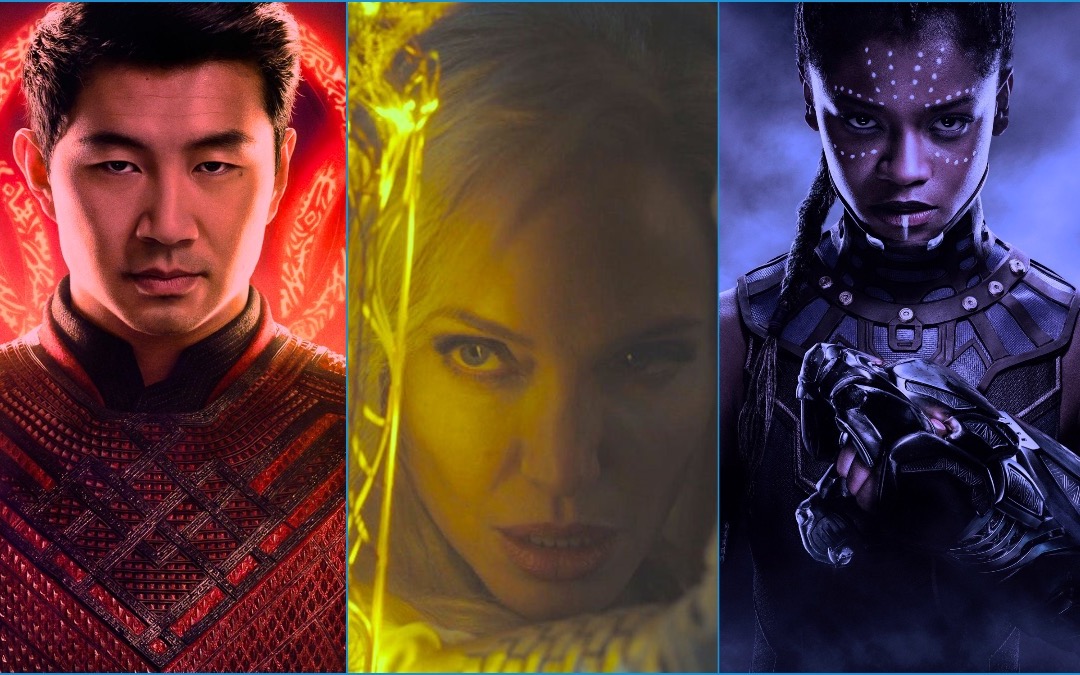 Now that the Infinity Gauntlet arc that was the overarching story of the first three phases of the MCU is wrapped up, Marvel has revealed a brand-new sizzle reel for the MCU Phase 4. While it was meant to tug at people’s emotions and urge them back to theaters – note the specific use of a Stan Lee voiceover and putting Chadwick Boseman front and center – it was also meant as a hype reel to showcase Marvel’s upcoming projects. It gave us our first look at Eternals, directed by recent Best Director Oscar winner Chloe Zhao, and it showcases Zhao’s natural style featured in Best Picture winner Nomadland. The sizzle reel also revealed a few official titles to upcoming sequels, as well as release dates for movies that had been unconfirmed. Check it out below:

Marvel Studios’ The Marvels will feature Brie Larson returning to the role of Captain Marvel/Carol Danvers. In the film, she’ll be joined by Teyonah Parris, who was first introduced as adult Monica Rambeau in Marvel Studios’ WandaVision, along with Iman Vellani, who will appear as Ms. Marvel in the upcoming Disney+ series of the same name.

Prepare to experience it and fly higher, further, and faster with the film, directed by Nia DaCosta!

It’s been over two years since rising star Noah Centineo was attached to star in Masters of the Universe, Sony and Mattel’s joint project based on the He-Man franchise. But since that announcement, development has seemed to stall, the project spinning its wheels and no further announcements forthcoming. So it was unsurprising when Collider recently reported that Centineo has exited the project, essentially putting it back to square one. Aaron and Adam Nee (Band of Robbers) have been tapped to write and direct, but the He-Man film has been proving a tough nut to crack. David Goyer, Christopher Yost, and Matt Holloway and Art Marcum have all had a go at it. It’s unclear exactly why Centineo exited the project, or whether it was related to script issues. Regardless, it’s clear the story isn’t there yet and Centineo doesn’t have time to wait with his Hollywood dance card filling up. He’ll next be appearing in The Diary and DC movie Black Adam starring opposite Dwayne Johnson, and he’s attached to two Netflix projects, one about the GameStop stock debacle, the other a spy thriller series from Doug Liman. If Sony doesn’t fill his role in Masters of the Universe quickly, we can assume this project might be scrapped for the interim.

Some fun news from THR on the Red Sonja front: Hannah John-Kamen (Ant-Man and the Wasp, Killjoys) has been cast in the titular lead role. Joey Soloway will be directing off a script he co-wrote with Tasha Huo, the showrunner and EP of the upcoming animated Tomb Raider series for Netflix. Red Sonja, who first appeared in Marvel’s Conan the Barbarian comics, was created by Roy Thomas and Barry Windsor-Smith in the 70s. Fiery, bold, and fearless, Sonja quickly became a fan-favorite and earned her own spinoff series which has been ongoing off and on ever since. John-Kamen, who recently wrapped filming on Resident Evil: Welcome to Raccoon City, has been a rising star in recent years, appearing in Netflix series The Stranger, the live-action Tomb Raider movie with Alicia Vikander, and Steven Spielberg’s Ready Player One. Of her casting, Soloway had this to say: “Hannah is a very talented actress who we’ve been following for years and she IS Red Sonja,” he said. “Her range, sensibilities and strength are all qualities we have been looking for and we couldn’t be more excited to embark on this journey together.”

Not a movie, but a Disney+ series, Marvel is chugging ahead on both fronts: Deadline is reporting that Killian Scott (Ripper Street, Dublin Murders) has been cast opposite Samuel L. Jackson and Ben Mendelsohn in Marvel’s Secret Invasion series. Jackson and Mendelsohn will be reprising their roles of wily intelligence veteran Nick Fury and Fury’s Skrull ally, Talos, respectively. Scott joins an already impressive cast that boasts Kingsley Ben-Adir, who is reportedly playing a villain, Olivia Colman and Emilia Clarke. As with most Marvel castings, Scott’s role is being kept under wraps, as are plot details. However, considering it was revealed earlier in the MCU the Talos has been posing as Nick Fury for a while on Earth, and the comic book storyline of the same name deals with the shapeshifting Skrulls infiltrating Earth and posing as various superheroes, it’s expected to at least loosely follow those lines.

Marvel isn’t the only studio doing casting work. Lionsgate’s Borderlands movie, based on the wildly popular video game franchise by Gearbox, has also added a few new faces to the cast. The project recently welcomed Gina Gershon as the character of Moxxi, Cheyenne Jackson as Jakobs, and Steven Boyer as Scooter. They join a cast that includes A-listers Jamie Lee Curtis as Dr. Patricia Tanni, Cate Blanchett as Lilith, Jack Black as Claptrap, Kevin Hart as Roland. Also in the cast is rising action star Florian Munteanu as Krieg, Édgar Ramírez as Atlas, Olivier Richters as Krom; Janina Gavankar as Commander Knoxx, Charles Babalola as Hammerlock, Benjamin Byron Davis as Marcus, Ryann Redmond as Ellie, Bobby Lee as Larry, and Haley Bennet in an unspecified role, though she’s been confirmed to be a new character who is the key to the past for Blanchett’s character. That right there is a monster cast. The synopsis of the movie reads, “Loosely based on the video game series of the same name, mysterious outlaw Lilith returns to the planet Pandora and is hired by Atlas to find his missing daughter with the help of Roland, Tannis, Tiny Tina, Krieg, and Claptrap, fighting through its various monsters and bandits on a quest for unthinkable power.” Eli Roth is directing with a script penned by Chernobyl‘s Craig Mazin. No release date has yet been set.

A short but extremely beautiful update. The unexpected and sudden loss of Chadwick Boseman last August was one that rocked not just Hollywood, but the world. One of Boseman’s most enduring legacies was playing Black Panther, and, once they moved past the grief, Marvel had to figure out how to approach Black Panther 2 – i.e. Black Panther: Wakanda Forever. Marvel already confirmed they would not recreate Boseman via CGI, nor would they replace him. Now, in a new interview with Yahoo!, co-star Lupita Nyong’o spoke about the loss and how director Ryan Coogler has reshaped the sequel into a tribute to the spirit of Boseman:

“People will ask me, ‘Are you excited to go back?’ Excitement isn’t the word, I feel like I’m in a very pensive and meditative state when it comes to Black Panther 2. His passing is still extremely raw for me. And I can’t even begin to imagine what it will be like to step on set and not have him there. But at the same time we have a leader in Ryan, who feels very much like we do, who feels the loss in a very, very real way as well. And his idea, the way which he has reshaped the second movie is so respectful of the loss we’ve all experienced as a cast and as a world. So it feels spiritually and emotionally correct to do this. And hopefully, what I do look forward to, is getting back together and honoring what he started with us and holding his light through it. Because he left us a lot of light that we’re still going to be bathing in. I know that for sure.“

Cruella ‘Do You Have A Light?’ Clip