This week, Peninsula, Yeon Sang-ho’s follow-up to 2016’s Train to Busan, hits U.S. theaters in limited release after its distribution being acquired by Well Go USA. The movie has already done big numbers in its native South Korea, helping to revitalize the South Korean box office after the coronavirus shutdown. Though it was a foreign film, the buzzy cult success of Train to Busan found its audience here in America and more horror audiences have discovered it since its release four years ago. Peninsula, with its partly English-language dialogue, appears to have purposely positioned itself to appeal even further to English-speaking audiences for that reason.

Set four years after the events of Train to Busan, Peninsula is set in the same zombie-riddled world but follows an entirely new cast of characters. They’re led by jaded former soldier Jung-seok (Gang Dong-won), who is haunted by the things he did to survive and the loss of his sister and young nephew to zombies. The memory that particularly torments him: The way he ignored and passed by a desperate woman with her young child begging for help on the road as he drove his family to the ship that would get them out of Korea. Four years later, he and his grieving brother-in-law, Chul-min (Kim Do-yoon) are now scraping by as soldiers of fortune in Hong Kong. They’re soon hired by a shady American gangster to sneak back into Incheon in “the Peninsula,” i.e. Korea, in order to retrieve an abandoned truck stuffed with $20 million.

As you might expect, the American crime lord’s breezy assertions that the sneaking back into a zombie-infested territory, locating a truck no one has seen in four years, and getting back out again will be a piece of cake are completely wrong. During the mission, they’re inevitably attacked by zombies then ambushed by Unit 631, former soldiers gone rogue and feral, led by the deeply unhinged Sergeant Hwang (Kim Min-jae) and their figurehead leader Captain Seo (Koo Kyo-hwan), who is slowly going insane, as military types do in zombie movies. Jung-seok and Chul-min are separated, and Jung-seok is rescued by two young girls and their mother, Min-jung (Lee Jung-hyun) who have been in hiding and eking out a living with their grandfather. Plot twist!: It turns out to be the same family Jung-seok abandoned on the road four years ago. His second chance at redemption fills him with resolve to do what’s right by the girls.

So does Peninsula a worthy successor to Train to Busan? Here are three reasons to see it.

1. Min-jung Is An Action Heroine Worthy Of Sharing The Same Space As Fictional Women Like Ripley And Furiosa

It has to be noted, despite the almost two-hour runtime, Peninsula clips along at a rapid pace, so we don’t exactly get a lot of character development. Still, good actors work with what they’ve got and elevate thin material, and that’s exactly what Lee Jung-hyun does. Min-jung channels the fierce energy of a tiger mom; rather than give up and die, she’s been scrappy and resourceful enough to not only keep her family safe but even to carve out something like a home for them in the midst of a devastated, barren world. While the eccentric grandpa (Kwon Hae-hyo) is the one who keeps the girls’ spirits bright and hope alive, Peninsula makes it clear that he’s only free to do that because Min-jung is the one holding it all together, making plans and doing the heavy lifting of facing reality.

But Min-jung is also remarkable in the sense that she’s not naive about the world or the dangers in it. She does her best to give her girls the armor they need at far too young an age to survive and, rather than locking them up for their own good, has them actively participate in supply gathering and scouting missions. For Min-jung, protecting her daughters doesn’t mean keeping them hidden away from the world but giving them the tools to face it. Her fierce love for her daughters is rooted in pragmatic reality, and it makes her one of the more compelling characters in the movie. Lee Jung-hyun is an astonishingly lovely and delicate-looking actress, but you better believe when she picks up a machine gun and swings it around, she’s as formidable as any iconic female character in action movies past. Jung-seok might be the trained soldier, but it’s clear Min-jung is the real leader.

2. The Story Is Simple And Maybe That’s What We Need Right Now

And, you know, maybe that’s exactly what we need right now. I’m as keen as any film critic and movie lover to see an idea that’s brand-new or an old genre executed in a fresh way. But it’s not the complex, intellectual movies getting me through this pandemic. It’s not the highbrow auteur flicks. No, it’s guilty pleasure movies getting me – getting all of us, honestly – through one of the most stressful years in our lives. There’s something comforting about Peninsula‘s straightforward story. The lines between good and evil are clearly delineated. Team Jung-seok = good; Unit 631 & zombies = bad. The enemy is clear, measurable, and able to be defeated. Good wins; evil loses. It’s a simplistic story but, man, I can’t deny there’s something satisfying about a world in which the underdogs come out on top and the virus plague can be fought.

It may not be the most complex story ever told, and I admittedly wished Yeon Sang-ho had more fully fleshed-out characters and let them have time to breathe. Still, that doesn’t stop Peninsula from being a hell of a lot of fun. Yeon Sang-ho clearly means for it to be a nonstop action movie from the time Jung-seok and his team step foot back on Korean soil, and for the most part, he achieves it. Captured prisoners of Unit 631 are treated as gladiators and thrown into a pit to fight zombies, and while the concept isn’t exactly new, it’s still a good time to see half-naked men and zombies throwing down in muddy rain pits. One of the more entertaining (if unbelievable) aspects of the movie is that the older daughter, Jooni (Lee Re), has become schooled in the art of defensive driving on par with any trained stunt driver, and the movie is full of Mad Max-ian modified car chase scenes of Jooni pulling off tricky maneuvers and Tokyo drifting past crowds of zombies to disorient them.

The limits of the budget clearly come through in the movie’s CGI. The shattered landscape of Incheon feels like a painted backdrop and the car chase scenes look like something out of a video game. But one could argue that helps separate the outrageous, sometimes unbelievable action sequences from reality and creates the feeling this is happening in a video game world, where pre-teen girls can float shift and pull off bootleg turns with superhuman-like precision. It’s not a world we believe, but we don’t have to – we’re just having a good time visiting.

Train to Busan Presents: Peninsula is in select theaters this weekend.

Check your local theater for showtimes and listings for Peninsula. 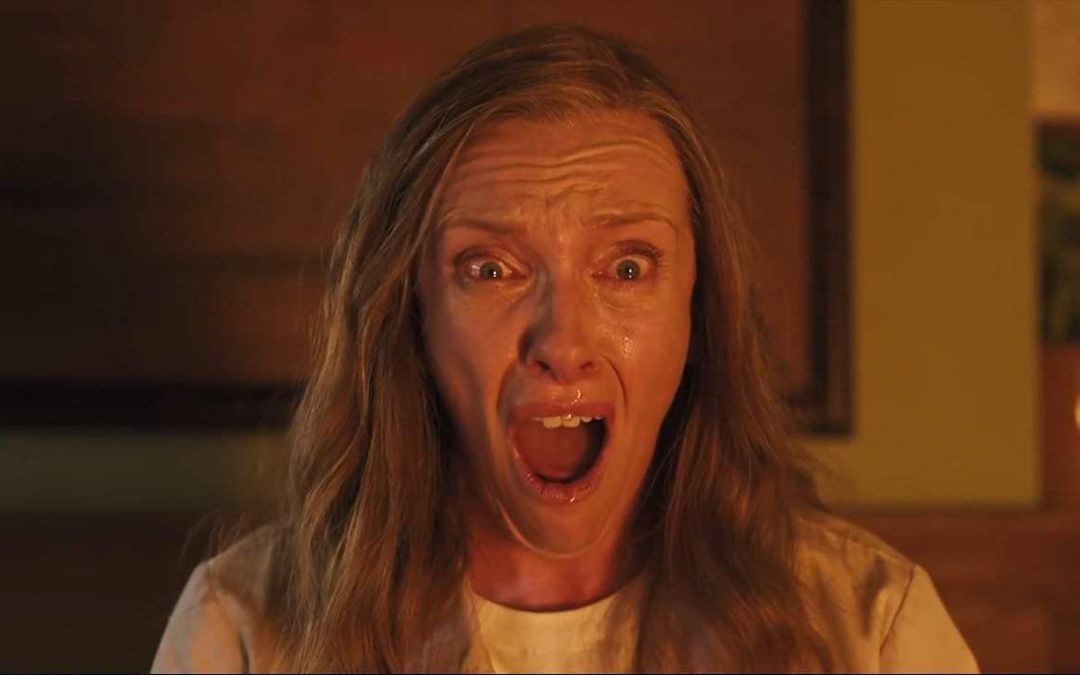 Even as the popularity and presence of horror movies continue to grow and more horror movies are being handed prestigious accolades, one thing...

As Jamie Lee Curtis has shown, Final Girls well past their 20s can still bring it when they want. It appears that will be the case for Neve...