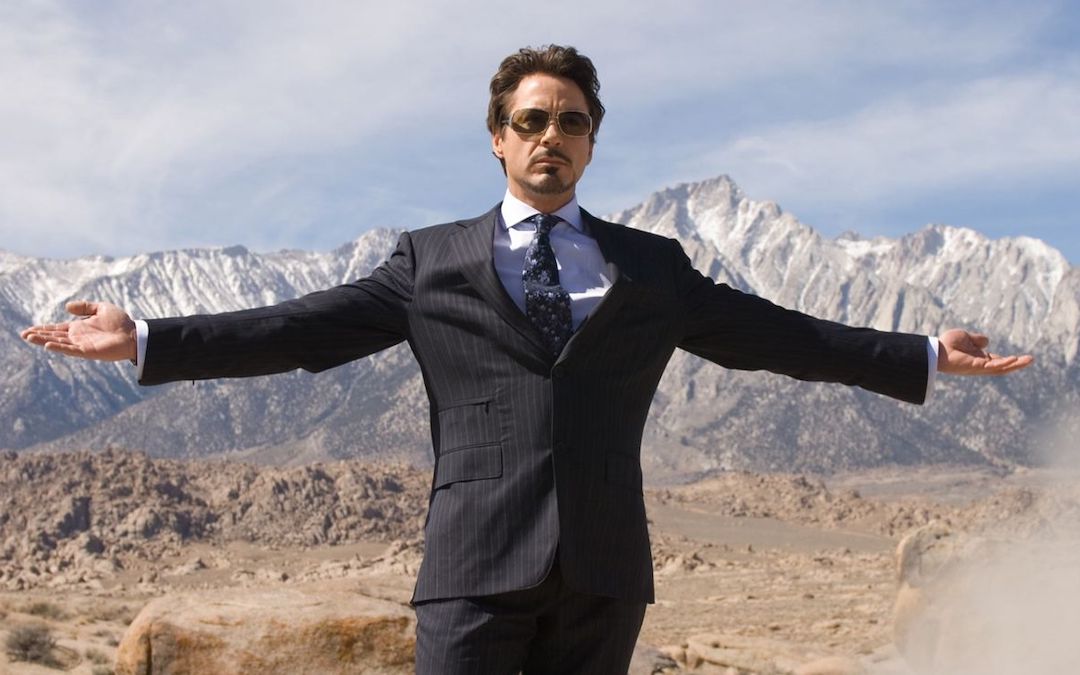 Tony Stark Is Marvel’s Greatest Villain – And Always Has Been

“Marvel’s got a villain problem.”

That was a popular criticism of the Marvel Cinematic Universe for years, with Loki quickly emerging as the then-best threat the studio had to offer, up until Phase 3. Since then, Marvel has course corrected with more complex and sympathetic baddies like Killmonger, Adrian Toomes/Vulture, and Thanos. Throughout the MCU’s 21 movie streak, however, the conversation has somehow managed to overlook the one major villain hiding in plain sight: Tony Stark.

The genius, billionaire, playboy, philanthropist has been the cavalier, quip-happy Avenger with good intentions when it comes to defeating the bad guys, but those intentions have always come with some seriously questionable moral decisions. He never means for the consequences of his choices to be what they are, but the truth is that at some point, good intentions stop mattering when the Avengers have to clean up another one of his messes. Let’s ignore the millions that found themselves on the receiving end of a Stark Industries weapon; Tony learned about that and made changes! It was a formative step for him becoming a hero.

But it also set him on a path through morally grey areas that bump against the black-and-white mandate of the Avengers, especially Steve Rogers. Many of the wrongs Tony sought to right, the damage he felt obligated to fix, were repairs to things he either broke or had a hand in breaking to begin with. Throughout the course of the MCU, Tony Stark has been both arsonist and fireman; we always excuse the former because of the latter. Let’s recount the ways in which Tony, by any other name, would just be a villain, unintentional or not.

When He Almost Got Pepper Killed With His Arrogance

Iron Man 2 saddles Tony with many foes, the most prominent being Whiplash. This nemesis is one Tony inherited from his father’s actions. But Tony made it his problem, and that of many innocent civilians, when he decided to antagonize him with his usual pompous public persona. Not a wise move for the son of the man Whiplash blames for his family troubles.

Tony’s impulsive bravado gets him in even more trouble in Iron Man 3, when he announces – on live TV – his address. He literally brings the danger home when Killian sends choppers armed with missiles (because of course) to blow up Tony’s Malibu compound. Now, Tony all but typing his address into Killian’s GPS would be fine if Tony lived alone. But he didn’t. He can’t live or function alone – does he even know his own social security number? Tony’s on-camera announcement put an arc reactor-sized target on the back of Pepper Potts, his live-in girlfriend and glue that holds Stark Industries together – who, not coincidentally, has had to save his arrogant butt many a time, both personally and professionally in the MCU.

And what does she get for her troubles? Blown up, right with Tony, when Killian and his fleet of murderous helicopters drop by for evening tea. Granted, Tony commands his armor to protect Pepper and not himself, but it’s still the least he can do after being the cause of the explosion. After, Tony has the audacity to be surprised that it even happened. Alright, genius...

You remember that time when Tony created Ultron, an artificial intelligence that killed a bunch of people (including Quicksilver and JARVIS)? Remember when that AI dropped a whole city?

Again, Tony’s intentions were noble – he wanted, in his words, “peace in our time,” to wrap the world in a suit of armor that would act as a barrier against threats that come from, oh, say, a giant hole in space. But Age of Ultron, more than any other movie, illustrated the very fine line between “hero” and “villain” that Tony walks when he doesn’t have more morally grounded people around him to keep him from teetering over the edge. It flipped the script and showed audiences how Tony Stark was viewed by much of the rest of the world: not as a hero, but as a villain, whose weapons of mass destruction brought death and war. It was secondhand Stark Industries victim Wanda Maximoff/Scarlet Witch who put it most succinctly: “Ultron can’t see the difference between saving the world and destroying it. Where do you think he gets that?”

The answer she doesn’t need to provide: Tony Stark. Tony played God and created Ultron in his own image. Keeping his Ultron plans a secret from the rest of the Avengers only added insult to almost permanent injury, the consequences of which JARVIS – now Vision – found himself having to clean up. Worse yet, he doubled down and did the same exact thing that led to the creation of Ultron in the first place, again keeping it a secret from the rest of the Avengers. In a different superhero movie, the mad scientist who creates the murder machine is the villain. Period.

Tony’s mess left some red on his ledger, however. Enough to spill over in a way that would change the Avengers forever.

Tony Stark isn’t the first privileged dummy struggling to accept events as being his fault, but boy, is he ever good at it. Who woulda thought that creating sentient murder machines that level an entire city comes with a price?

The problem is, the price wasn’t one Stark alone had to pay, but one every Avenger, Spider-Man, and Black Panther had to pay in Captain America: Civil War. That’s crappy in and of itself, but let’s look past the ethical questions surrounding the Sokovia Accords, and the moral debates surrounding the Civil War. Let’s instead look at Peter Parker.

Peter is an earnest, 16-year-old child who just wants to protect his city and do the right thing. He idolizes Tony to a fault and is willing to do whatever it takes to make proud this genius he aspires to impress. Not only does Tony selfishly take advantage of the kid’s hero worship, but he also convinces Peter to join his team with a biased argument that could have come directly from Steve Rogers’ mouth – all the while keeping the truth of the mission from Peter. Why? Because Tony knows that if the kid was presented with all the facts, he would unquestioningly side with Team Cap. Instead, Tony denies Peter that option. And if you don’t think Tony is a bad guy at this point, remember: He intentionally manipulated and recruited a high school student to fight in a war between heroes who have punched giant space monsters while completely misleading that kid about the very real danger of the mission.

Tony’s selfishness, when contrasted with Peter’s selflessness, only illustrated how Tony has the capability to twist and manipulate any truth as long as it serves his purpose; his mental gymnastics to justify his actions have virtually no boundaries. We know Tony lacked a solid fatherly presence himself growing up, but we didn’t realize he lacked the moral compass to not do worse than his own absentee father. That’s a bell that can’t be unrung.

Tony championed the Sokovia Accords, the effort of global governments to keep the Avengers in check. That lead to a civil war amongst the heroes with considerable fallout; his friends ended up in a floating black site prison, Scarlet Witch got put under house arrest, and Captain America became America’s Most Wanted. Cap’s strong moral compass told him the Accords were wrong and would ultimately lead to more problems than solutions, but the Sokovia Accords still passed. The problem was Tony, the hero who struggles to be one outside of his Mark suit – where as a man he, ironically, does more damage than any of his various armors could. By playing God poorly, Tony might not have directly created the Accords, but his actions certainly led to them.

The Avengers don’t need to be put in check. He does.

He Tried To Kill Bucky & Steve For Something Winter Soldier Did

Tony and Bucky’s relationship is, uh, complicated. At best.

Civil War retcons Tony’s backstory a bit – his mother and father were assassinated by Bucky Barnes, a.k.a. The Winter Soldier. And, to be fair, we would indulge in a violent rage too if we uncovered – out of the blue – that one of our closest friends was protecting a murderer. As hard as it is for Tony to see through a very emotional, revenge-fueled lens, Bucky didn’t really kill Tony’s parents. The Winter Soldier did. HYDRA did.

Bucky, tragically, had literally no control over his actions, but Stark, rational man of science, refused to see this. It resulted in Stark and Cap almost killing each other after Tony snaps and tries to kill Bucky and Steve, naturally, jumps in to defend his friend who wasn’t in control of his actions. Fury is one thing. Physical violence, too. Grief as well. But Tony straight-up trying to murder Bucky underscored the part of him that will always go too far, cross one too many lines, make things worse.

All The Times He…You Know What? Just Bless You, Pepper Potts

You ever want to scream at a character that they deserve better? That’s Pepper.

Tony couldn’t tie his shoes without her and yet she’s frequently put in harm’s way because of Tony’s Avenging efforts (mostly out of the suit.) Sure, you could argue that’s the case with every superhero who has loved ones. And you’d be right – minus the fact that usually those that a hero can’t live without catch emotional or literal shrapnel because the hero is mid or post-fight with the bad guy. Not because the hero is mostly an uncompromising ball of arrogance who lacks mindfulness and awareness, despite over a decade’s worth of evidence suggesting he may want to get some. It says a lot that Pepper had to save herself in Iron Man 3 after being injected with Extremis after Tony and his suits of armor made their biggest mess yet.

There is definitely some good in Tony Stark. Like all great villains that don’t know they are bad guys, Tony’s complicated. He wants to be a good guy, he just often goes about it exactly like a bad guy in an effort to defeat evil. He wants to protect the world, his father’s legacy, and his relationship with Pepper – but he needs to reevaluate the means he uses to justify those end goals.

That clear spark of goodness in Tony is what makes Pepper love him. It’s why Steve calls him his friend, why the Avengers call him their teammate, and why the MCU iteration of the character has millions of fans around the globe. But so far, the only person to not yet fully realize that Tony Stark’s biggest problem is himself is Tony Stark himself. It is unfortunate (and tragic) that it took Thanos’ Snap to help Tony see how blind he has been to the errors of his ways. The consequences of his actions. Endgame will hopefully give him a chance to make that realization actionable, to do the kind of good that doesn’t damn those he’s here to save.

We’re rooting for you, Stark.