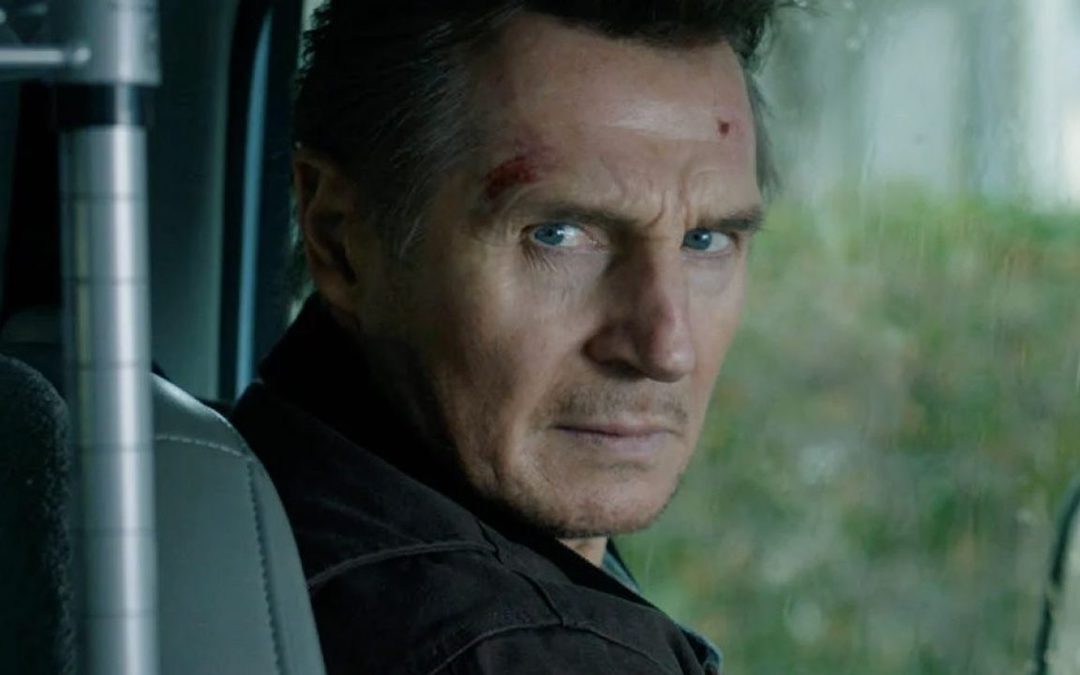 Big tentpoles might have moved out of October, but that just means there’s more room for great indie and mid-budget movies to shine. Plus, it’s Halloween month and you know what that means – plenty of spooky movies to get our scare on. Three horror movies, a sprawling sci-fi, a few side-splitting comedies and more are all coming our way this month.

Here are all the movies coming to theaters in October.

Here’s one for dystopian sci-fi lovers: In 2067‘s apocalyptic future, the world has run out of oxygen and millions of people are dying from a disease caused by the artificial O2 they need to survive. But an unexpected message from the future sends one man, Ethan Whyte (Smit-McPhee) on a mission to the future to find the cure.

As noted in our October horror movie guide, this one is one to watch. Death of Me finds a couple trapped in a nightmarish situation. Couple Christine (Maggie Q) and Neil (Luke Hemsworth) head off to Thailand for a relaxing vacation. But they wake up one morning after drinking with no memories of the night before and things take a dark turn when they discover footage on Neil’s camera that appears to show him murdering Christine. They attempt to reconstruct the events of the night and find themselves pulled into a web of murder, black magic and dark secrets.

Based on the book by Robert Kimmel Smith, The War with Grandpa is a fun-filled battle between generations. Sixth-grader Peter (Fegley) is a typical kid whose life gets upended when his stubborn grandfather, Ed (De Niro) is forced to move in with his family. When it’s decided that Ed will take Peter’s room, Peter decides to fight back with a series of pranks designed to drive his grandpa out of his bedroom. But grandpa fights back and the pranks escalate into all-out war between the two.

The Planters has been making rounds on the festival circuit and now it’s hitting theaters. Martha Plant (Kotcheff) is a lonely, awkward woman with a dead-end telemarketing job whose only joy is burying little treasures for other people to find. But when she takes in Sadie (Leder), a vagrant with multiple personalities, Martha learns that living with three different people might be more than her quiet existence can handle.

Fans of monster movies will like Dylan O’Brien monster-action-romance Love and Monsters. Seven years ago, the Monsterpocalypse wiped out most of humanity and giant monsters took over the world. Like everyone else, Joel Dawson (O’Brien) has been in hiding underground ever since. But after he reconnects with his high school sweetheart, Aimee (Henwick) via radio transmissions, Joel begins to fall for her again. The only problem? She’s 80 miles away in a coastal colony. Joel decides to find her again and nothing, not even 80 miles of ravenous monsters, will stand in his way.

Honest Thief finds Liam Neeson doing what he does best: kicking ass. When career criminal and notorious bank robber, Tom Carter (Neeson) meets the bubbly Annie (Walsh), he decides to retire and leave his life of crime behind. He turns himself into the authorities with the intention of coming clean but is soon double-crossed by two corrupt FBI agents and must take matters into his own hands.

Based on true events, 2 Hearts is a story full of love, hope and the belief that miracles can happen. The future unfolds in different decades and places for two couples, but an unknown connection comes to light to bind them together in a way no one could have predicted.

Horror veteran Jeffey Reddick brings his latest with Don’t Look Back. Caitlin (Bell) is a young woman attempting to put her traumatic past behind her and move on with her life. However, when she finds herself part of a group of witnesses who see a man being assaulted but don’t intervene, she and the others become the target of something picking them off one by one.

This one has flown under the radar so far but a trailer is reportedly coming soon. The Empty Man tells the story of a an ex-cop who is tracking down a missing girl. During his search, he stumbles across a secretive and sinister group with plans to summon a sinister entity into the world.

Those looking for a fun ensemble comedy, look no further than Friendsgiving. Best friends Molly (Akerman) and Abby (Dennings) are looking forward to a quiet and laid-back Thanksgiving. But their plans are torched when Molly’s new boyfriend shows up with his eccentric mother and old friends and other odd acquaintances crash the party. What’s meant to be a quiet holiday turns into an absolutely chaotic disaster as Molly and Abby scramble to throw a Thanksgiving dinner together.

Psychological thriller Fatale unfolds the story of one man’s growing nightmare. When a married man (Ealy) has a one-night stand with a mysterious femme fatale (Swank), he soon finds himself in over his head when she blackmails him into a murder plot. Even worse, he learns she’s a police detective and can ruin his life. How far will he go to save his marriage?

Just in time for Halloween enters Come Play to scare you silly. Oliver (Robertson) is a quiet, lonely boy who feels like an outcast and turns to his phone and tablet for solace and escape. But something sinister breaks through his devices to enter our world and begins to torment the young boy. As the sinister entity continues to stalk their son, Oliver’s parents must find a way to vanquish the creature and keep their son safe.

And a final horror movie to round out Halloween month. While flying to his father’s funeral in rural Appalachia, a freak storm takes out Marquis’ (Hardwick) plane. He awakens alone and wounded in the attic of Ms. Eloise (Devine), who claims she can nurse him back to health with Boogity, a Hoodoo figure she has made from his blood and skin. Trapped and isolated in her remote home, Marquis desperately struggles to free himself and his family from the dark magic surrounding them before it’s too late.

Get tickets to these movies and more here.