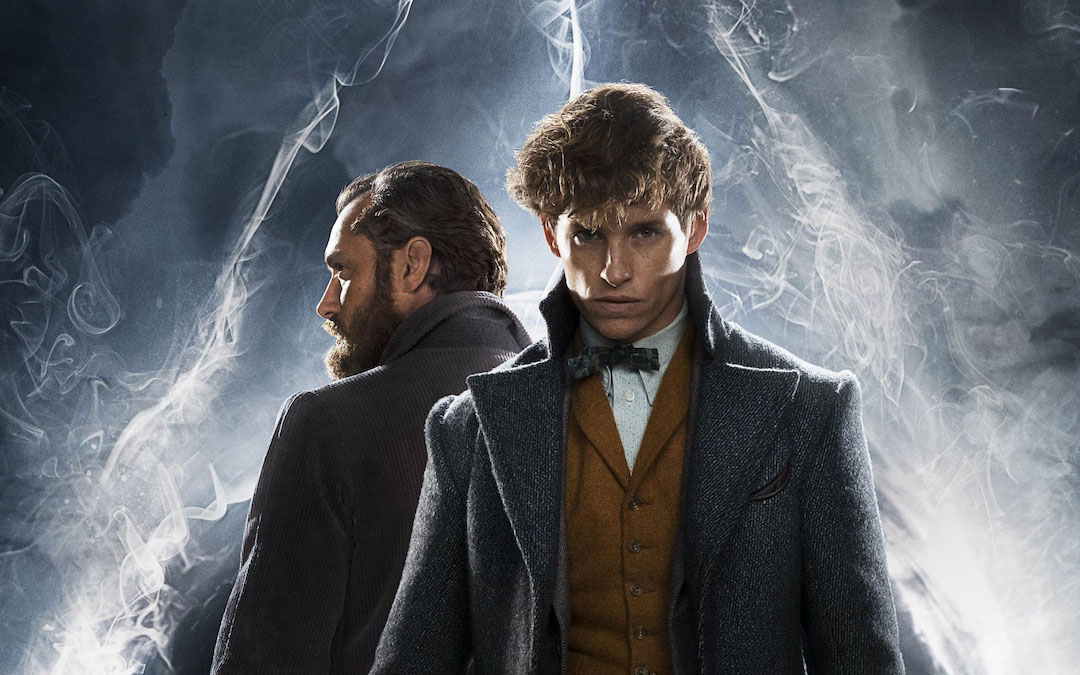 Everything You Need To Remember Before Seeing Fantastic Beasts 3

This weekend, Fantastic Beasts: The Secrets of Dumbledore hits theaters, bringing the Fantastic Beasts saga back to the big screen for the first time in four years. The third movie in the franchise picks up shortly after the devastating events of Fantastic Beasts: The Crimes of Grindelwald. The Dark wizard Gellert Grindelwald (Mads Mikkelsen, who replaced Johnny Depp) is gathering his forces and consolidating his power, soon to move in a bid to take over the entire wizarding world, and then all of humanity. From behind the scenes, Albus Dumbledore (Jude Law) puts together an intrepid team of wizards, witches, a Muggle, and one sneaky bowtruckle led by Newt Scamander (Eddie Redmayne) and sends them on a dangerous mission to the ancient heart of magic.

The first two movies packed an awful lot of story and tons of new characters into their total runtime. Those who haven’t watched the Fantastic Beast movies in a while may need a refresher on everything that’s already happened. To catch you up, here’s a breakdown of all the most important things to remember before you head to the theater to see Fantastic Beasts: The Secrets of Dumbledore.

Who Defected To Grindelwald’s Side?

The third act of The Crimes of Grindelwald saw the Dark wizard making his appeal to wizards at an underground gathering in Paris, France. His impassioned rhetoric swayed more than a few wizards to his cause, and a few of the main and supporting characters joined him by the end. The first minor character turn happened early in the movie: Abernathy (Kevin Guthrie), a former employee at Magical Congress of the United States of America, was turned in the second Fantastic Beasts movie by Gellert Grindelwald when the Dark wizard was in their custody and helped break him out of custody during a transfer.

In the most painful twist, Queenie Goldstein (Alison Sudol) also turned her back on everyone and joined Grindelwald. Ironically, it was Queenie’s naivete and compassion that was her downfall. All the hopeless romantic Queenie wants is a world where wizards no longer have to hide and they can be free to love Muggles/No-Majs, even marry them, as she wants to do with the Muggle love of her life, Jacob Kowalski (Dan Fogler). Grindelwald’s enticing (but false) vision of a world where wizards can be free of oppression and live in peace coerced Queenie into believing that he’s the only one who can change things. Almost certainly, Queenie will realize in the next movie that Grindelwald’s path to “peace” will inevitably come with mass slaughter.

The last main character to join Grindelwald was Credence Barebone (Ezra Miller), really Aurelius Dumbledore, the long-lost nephew of Albus Dumbledore. The first Fantastic Beasts story explored how miserable Credence’s life was, having been adopted by an anti-magic zealot who regularly whipped him. The Crimes of Grindelwald saw him head to Paris in order to track down his birth mother, who he believed to be a member of the Lestrange family. But his life was upended again when he learned that he was the victim of a case of switched identity and not a Lestrange at all. Sick of being used, abused, and lied to, he decided to join Grindelwald, the only person who knew the truth of his past–without realizing that Grindelwald had been the one manipulating him the entire time.

With Queenie and Credence joining him, Mads Mikkelsen’s Fantastic Beasts villain now has two powerful magic users at his disposal. Queenie is a Legilimens, a rare sort of witch with the power to read the thoughts of others and extract memories from their minds. Credence is a powerful Obscurial, something that happens when young witches or wizards suppress their magic so much that it turns inward and forms a dark parasitic entity called an Obscurus. Due to the instability of having an Obscurus inside and the amount of energy it takes to contain it, most Obscurials die by age 10. That Credence is still alive in his 20s and has learned to control the Obscurus shows just how strong he is. With them at his side, Grindelwald will be hard to defeat.

Who Is Still On Dumbledore’s Side?

Luckily, Albus Dumbledore isn’t without his own allies. Though a few characters were seduced by the promise of Grindelwald’s lies, most saw through the Dark wizard to the evil beneath. First among Dumbledore’s allies is Newt Scamander, the mild-mannered Magizoologist who just wants to study and protect magical creatures. But despite his awkward mannerisms and gentle nature, Newt has shown he’s more than able to handle himself in a fight. What’s more, he’s also proven himself to be incredibly shrewd, clever, and observant–all excellent qualities for any informant of Dumbledore’s to have.

Newt’s brother, Theseus (Callum Turner), is also on the team charged with an undercover mission. Theseus is a skilled Auror with the Ministry of Magic–much to the chagrin of Newt, who has problems with abusive authority. As a result, the two brothers have often been at odds, but their side-by-side battle at the end of The Crimes of Grindelwald–and the loss of Newt’s friend and Theseus’ fiance, Lita Lestrange (Zoë Kravitz)–brought them closer together. While more straightlaced and by-the-book than Newt, Theseus shares Newt’s bravery and his compassionate streak.

His fellow Auror and Newt’s love interest, Tina Goldstein (Katherine Waterson) is also in the fight against Grindelwald, even though it means she’ll now potentially have to face off against her sister, Queenie. The same goes for Jacob, who will now have to fight his former love. Tina is incredibly resourceful and a great match for Newt, and though Jacob is just a Muggle, he’s proven himself to be tremendously loyal and always willing to do the right thing.

Thus far, Dumbledore has been operating from behind the scenes. While teaching at Hogwarts, he’s used other wizards and witches such as Newt Scamander to be his eyes and ears, sending them on missions. There’s a twofold reason that he himself hasn’t moved against Grindelwald. For starters, he literally can’t. Shortly after he graduated from Hogwarts as a teenager, he met the then-also young Gellert Grindelwald. The two brilliant young wizards immediately bonded, becoming fast friends, eventually forming a blood pact to never fight each other. In the wizarding world, a blood pact is similar to an Unbreakable Vow in that it’s, well, unbreakable. Dumbledore is literally unable to fight or harm Grindelwald, but Grindelwald is also unable to do the same to Dumbledore. Thus, Dumbledore can’t move against his former friend, which is why he has had to resort to subterfuge and thwarting Grindelwald through proxies.

But there’s also likely a personal and human reason for Dumbledore’s reluctance to face Grindelwald: he and Grindelwald weren’t just friends, but quite a bit more. It wasn’t just puppy love, either. So passionate was their love for one another that for a while after they parted, Albus still saw Gellert as his greatest desire whenever he looked into the Mirror of Erised. Their blossoming romance was cut short when Albus’ older brother, Aberforth, confronted him over their sister, Ariana. Grindelwald attacked Aberforth and Albus rushed to defend his brother; in the ensuing magical duel, Ariana was tragically killed. Grindelwald fled and Albus was left to mourn his sister and his lost love. Since then, he’s had to watch his former lover gather power with devastating and horrific attacks all over Europe. At some point, he’ll have to face the man he used to love more than any other (and he will in Fantastic Beasts 3), but it’s understandable why he’s been reluctant to thus far. They have a complicated personal history that still clearly affects Dumbledore deeply.

That recaps all the main characters, where they ended up at the end of the last movie, and what the stakes are for the upcoming Fantastic Beasts 3. With so much depending on Newt and his team’s mission succeeding, The Secrets of Dumbledore is sure to be a pivotal movie in the whole Harry Potter franchise.

Fantastic Beasts: The Secrets of Dumbledore is in theaters on Friday, April 15.

Get tickets to Fantastic Beasts: The Secrets of Dumbledore.