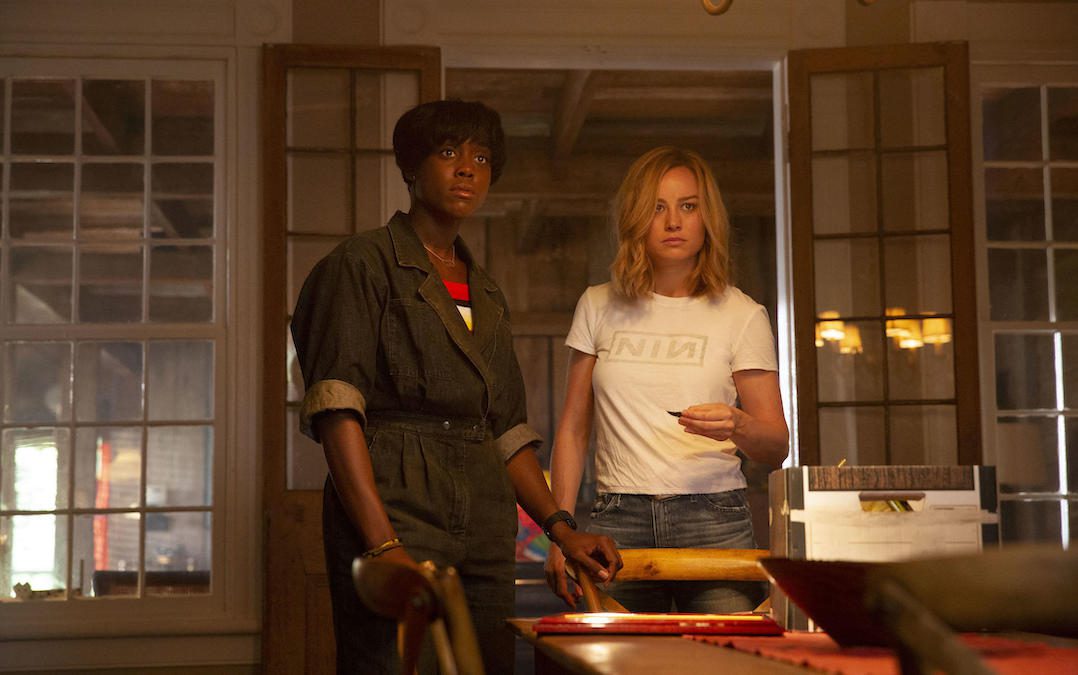 ‘Captain Marvel’ Explores Something Overdue In The MCU: Female Friendship

A great deal of the talk about Captain Marvel in the lead-up to the film was about it being the first female-led film in the Marvel Cinematic Universe and the film certainly delivered on that. It served up an origin story, all sorts of action, and even set up Captain Marvel’s eventual place in Avengers: Endgame.

But the biggest takeaway for me was the power of the friendship between Carol Danvers and Maria Rambeau. Partially because those sorts of friendships are still rare in films overall and partially because I wasn’t used to seeing a friendship like that be a major storyline in a superhero film.

Until Black Panther, we’d only seen the barest sketches of female friendships in the MCU. We know Natasha Romanov and Laura Barton are friends based on the few interactions they have in the films, but it’s not like we ever see them interact one-on-one or discuss that friendship (and I’d argue Natasha’s friendship with Steve Rogers is far richer). Jane Foster and Darcy somewhat count as friends in the Thor films, but it’s more of an employer/employee thing. Only Black Panther featured a genuine friendship between Okoye and Nakia. We know there’s shared respect and history between the two of them. They’ve fought side by side and are clearly willing to put their lives on the line for each other, but even then, the nature of their friendship was mostly established off-screen by the story instead of by the dialogue or circumstances within the film.

But Captain Marvel set out to change that and put the friendship between women at the front. When it comes to the friendship between Carol and Maria in Captain Marvel, there’s one big difference from any of the other female friendships we’ve seen before – the focus it gets. Carol Danvers was shaped by her experiences, especially her time in the Air Force, and her bond with fellow female pilot Maria Rambeau is woven throughout those experiences. It makes her who she is and that friendship is her anchor and guiding star throughout the movie.

Brie Larson recently touched upon this at the Captain Marvel press conference, saying, “I think what they’ve gone through together, going through military training together, being the only women and then using each other to lean on each other through that type of like support and a recognition of their experience is really special.”

Directors Anna Boden and Ryan Fleck didn’t just make a film with a great female friendship, they highlighted it in a way that felt real and authentic. You know these women love one another. They’re ride or die. They’re family no matter what. They push each other to be better but they also support each other because they’ve got each other’s backs in any situation. All of that may be established in the present, but the movie went a step further and also explored their past. Karaoke night or drinks at Pancho’s Bar may seem like passing moments in Carol’s fractured memory, but they went a long way in establishing the friendship between these two – and how much it means to Carol – in just a few moments. The movie takes the time to establish the depth and breadth of their friendship through those flashbacks and dialogue in a seamless way, so by the time we meet Maria and her daughter Monica, Carol’s history and closeness with them are immediately apparent.

Captain Marvel, however, also allows for the current friendship to be framed in a context we don’t often see in the MCU: how those new powers affect the hero’s friends. Carol and Maria are two women who have been friends for years and that gives them the ability to have honest and real conversations in the midst of an unreal situation. Carol’s wrestling with the idea that she’s forgotten much of her previous life and now she has superpowers and the people she loved most in the world think she’d been dead for six years. Maria’s adjusting to the idea that the best friend she’s mourned and thought dead years ago is back, has been on another planet and has superpowers now.

What makes Captain Marvel truly unique centers around something Larson also said at that same press conference. Someone pointed out that there is no romantic storyline in the movie, and Larson explained that there didn’t need to be. What fulfilled Carol Danvers was the friendship she had with Maria:

That particular statement encapsulates what I loved in Captain Marvel. Not because it centers a friendship over any potential romantic interests, but because I understand the feeling. I have friends I’d give my life for and who I’d fight next to until I had no fight left. Friends I love with all of my heart and who, no matter the circumstances, will love me. No matter what.

Seeing that on film in the middle of a Marvel movie, especially seeing the time and care devoted to it, felt like a gift. We often see female friendships portrayed as catty, passive-aggressive, or shallow; rarely do we see two women who support each other no matter what and hold each other accountable. We have a multitude of male friendships in the MCU – heck, the entire first three phases have been at least partly defined by the relationship between Steve Rogers and Bucky Barnes alone – but Carol and Maria are the first female friendship to get that much focus. Personally, I wish it didn’t feel so rare. The fact it took 20 films for us to see a relationship like this in a Marvel film (let alone its first female-led one) means we’ve still got a ways to go before a relationship like this between female characters feels less like an exception but a rule.

Once more people see Captain Marvel (even though quite a few people have already) the real question is whether or not the wider general audience will also see something special in Carol and Maria’s friendship and if that will be part of the ongoing conversation about the movie in the months to come. Hopefully, that answer is a “yes,” because friendships between women are a major part of what proper female representation looks like. Captain Marvel got that in a real and authentic way.

I hope it’s just the first of many. The MCU is far better because of it.

Get your tickets for Captain Marvel here.