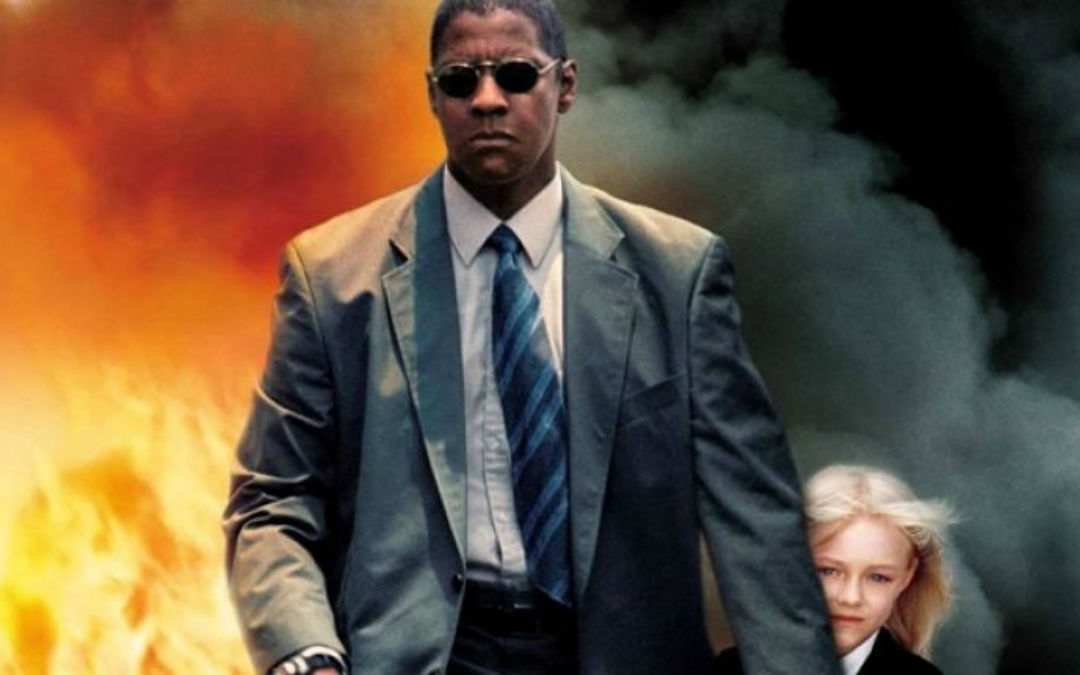 8 Denzel Washington Movies That Prove He Is a National Treasure

He is a rare breed of actor who can effortlessly travel between prestige awards contenders (Fences, Philadelphia) and more commercial blockbuster fare — like action movies The Equalizer or Man on Fire, the latter of which celebrates its 15th anniversary this week. Man on Fire marked a significant turning point for the Oscar-winning actor; it helped further cement that Washington can open a movie with his face on the poster alone and set him down the unlikely path of being a Hollywood action hero for the better part of two decades.

In addition to Spike Lee, Denzel loved to work with director Tony Scott on his more commercial efforts. Their second of five collaborations is arguably their most popular, with Man on Fire casting Denzel as a specialist hollowed out by drink and violence — a life spent largely killing — who finds redemption in the protection duty of a wealthy (but shady) businessman’s daughter, played by Dakota Fanning. When she is kidnapped in Mexico, Denzel becomes the titular anti-hero and carves a bloody and bullet-riddled swath through the country’s criminal underbelly to find her. Scott’s glitchy, washed-out, over-caffeinated visual aesthetic creeps up to (and sometimes past) the point of self-parody, but Denzel grounds the excess with an internalized performance punctuated with explosive moments of soul-cleansing vengeance.

The best of Spike Lee and Denzel’s many collaborations is this timeless biopic about the inspiring Civil Rights leader. Here, Washington fully embodies the activist as the film chronicles 20 years of Malcolm’s life — from cocky street hustler to enlightened anti-racist. Sadly, this performance was robbed of a Best Actor Oscar. Even more sad? It won’t be the last time this happens for the actor.

If there is a movie on the actor’s impressive resume that deserves more eyes on it, it’s this underrated detective thriller from director Carl Franklin. Based on Walter Mosley’s novel of the same name, Denzel stars as 1940s Los Angeles detective Easy Rawlings, a WWII vet struggling to make ends meet. He soon takes on the case of a missing woman (Jennifer Beals) and finds himself in way over his head. This movie is best known for Don Cheadle’s scary-good performance as the unpredictable Mouse.

Denzel and Gene Hackman star in this two-hander that pits the Oscar-winners against each other in a gripping, tense submarine thriller. Hackman plays a crabby war veteran who doesn’t like his orders questioned, and that’s just what Denzel as his ExO does when their sub — the Alabama — is unable to receive complete orders about whether or not to launch a nuclear strike on rogue Russian separatists.

The stakes are nothing short of World War III as Tony Scott (with uncredited script work by Quentin Tarantino) elevates the material into one of the best and most entertaining summer movies of the 90s. Denzel’s fierce, quiet dignity is a sharp contrast to Hackman’s explosive but equally effective sub captain. The two’s chemistry causes constant sparkage.

Before Training Day and Denzel’s Oscar-winning performance is the most corrupt cop ever made, audiences were used to seeing him mostly in noble, dignified roles. It was entertaining AF to see him cut loose as a rogue cop who sets out over the course of one day to push his selfish grift at the expense of upending his new partner’s (Ethan Hawke) entire existence. The Academy Awards rewarded Washington for his scenery-chewing trip to the dark side: He was the first black actor to win Best Actor since Sidney Poitier in 1963.

Denzel won his first Oscar for his star-making supporting role in director Ed Zwick’s celebrated Civil War drama. As Trip, the fiery-tempered slave-turned-soldier, the actor is shockingly raw and physical — like he’s made out of the rawest and most vulnerable of nerves, but with the most dignified and honorable of souls behind it all. The film’s infamous flogging scene is some of the best silent acting in movie history; Denzel’s acting reel can dine out on this one scene alone for the rest of his career.

He Got Game is the most underrated of Spike Lee and Denzel Washington’s collaborations. While opening at the top of the box office when it first came out, this slow-burn basketball drama seems to have faded from pop culture. It deserves a spot on a list of the actor’s ten best performances, with Denzel playing Jake Shuttleworth, a felon convicted of accidentally killing the mother of his son, a high school basketball star. Jake’s prison warden offers him an unusual deal: “Convince your son to play for my alma mater and I’ll shorten your sentence.” The selfish Jake has one week to pull this off, and in doing so he ultimately hits a crossroads when he re-enters his son’s life and starts picking at past wounds that haven’t fully healed.

Washington excels at making unlikable characters like Jake sympathetic, even as Jake indulges in increasingly crappy choice — the consequences of which offer the actor opportunities to deliver some his most nuanced work.

While Tom Hanks deservedly won the Oscar for his compelling, heartbreaking portrayal of Andy, a homosexual lawyer suffering from AIDS and suing his former firm for discrimination and wrongful termination, Washington delivered a top five all-time career performance as Andy’s former rival-turned-defense attorney.

Washington’s Joe Miller is a likable ambulance chaser who overcomes the prejudices he has about his client without doing so that leads the movie or the character into melodrama. It’s a delicate balancing act and Washington makes it look effortless thanks to the late Jonathan Demme’s deft and compassionate handling of the material.