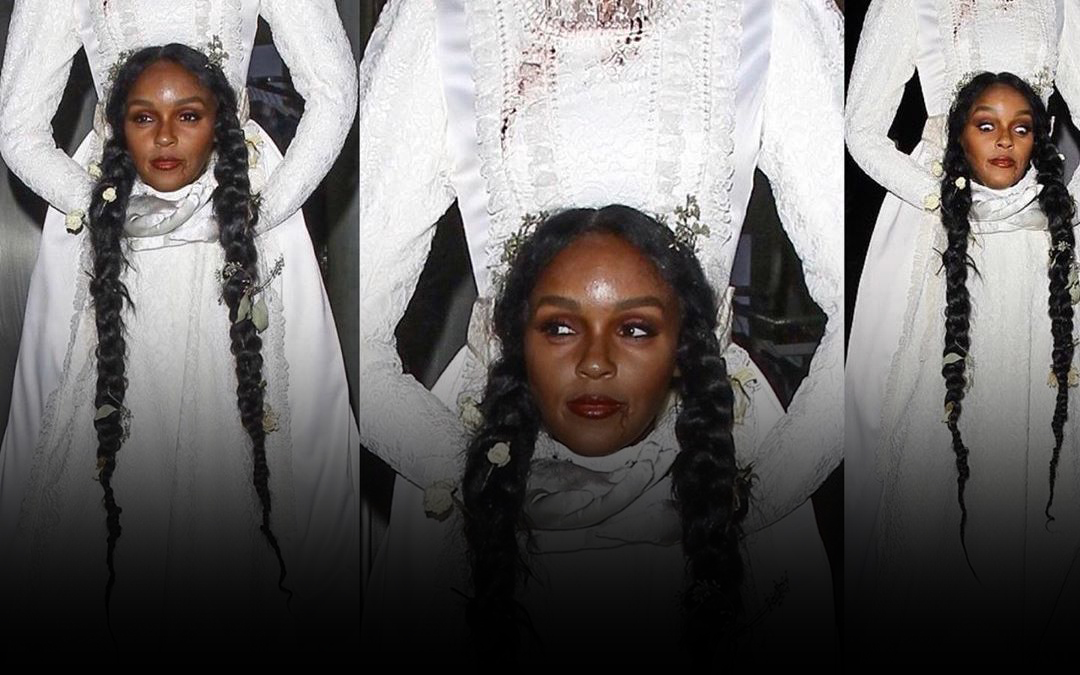 The 15 Best Celebrity Halloween Costumes Perfect for Any Monster Mash

Halloween is hands down my favorite day of the year. First of all, it’s settled in the perfect season: crisp autumn weather and colorful, crunchy leaves invite you to take a brisk stroll through the park or roast yummy s’mores around a fire. Then, of course, there are the seasonal delights, and I’m personally Team Apple Cider over Team Pumpkin Spice (I know, controversial). Though, I do enjoy going to the pumpkin patch every year and debating over which pumpkin shall have the honor of housing my carving masterpiece.

But my favorite thing about the Halloween season? Costumes. It’s the one day of the year where young and old alike get to dress up like their favorite movie character, topical pop culture reference, or childhood throwback. When we get to be as weird or creative or sexy as we want in a costume of our choice. And no one nails costumes better than Hollywood celebs, some of who go all-out every year with some epic costumes, both single and as couples. So, without further ado, here are some of my all time favorite celebrity Halloween costumes from years past.

Honestly, the Burtka-Harris family Halloween costumes with twins Harper and Gideon are probably the number one thing I look forward to every year. Even more than Halloween itself. I spend the year counting down the days until Halloween just so I can obsessively stalk NPH’s Instagram to see what the family came up with this year, partially because getting a whole family, including kiddos, to coordinate costumes is no easy task. And every year, this adorable family never fails to disappoint. They first captured my hearts with classic Peter Pan characters back in 2011, but I think I have to hand my favorite to 2015’s Star Wars inspired look. I can’t get over how great David looks as Han.

Most of McCarthy’s hilarious outfits are gifts she gives us year-round, like her plush rabbit adorned ensemble from the 2019 Oscars­ – a nod to The Favourite – or, later that same year, her bright red dragon getup from CinemaCon. But my favorite is when she teamed up with The Heat co-star Sandra Bullock in 2013 as bearded fishermen while trick-or-treating with her daughter and Bullock’s son.

Leave it to Queen Bey herself to serve looks on Halloween. Back in 2016, she got decked out along with her mother Tina and daughter Blue Ivy in Salt-N-Pepa inspired costumes. The music industry hasn’t been the same since.

As much as I love the fun and lighthearted costumes, I’m always a big fan of the creepy ones, and Janelle Monáe certainly did not disappoint me last year. Donned in a white wedding dress, Monáe made heads turn (literally) as Annie Bellum the headless bride. Instead of flowers, this bride cradled her own head in her hands. Personally, I think Annie and the Headless Horseman would be a match made in Heaven, er…Hell.

Cher has had her fair share of iconic costumes, with honestly too many to name, but the Halloween look that I love the most from her? Her 1988 Cleopatra worn at Hollywood fashion designer Bob Mackie’s Halloween party. She really turned back time with all of the sparkles on this one.

Gaga has been known for her outlandish costumes year-round, most famously from the beginning of her career. I don’t really need to remind anyone about the meat dress, the Kermit dress, or my personal favorite, the bubble dress. It’s no surprise then that her Halloween looks would be just as memorable. Taking inspiration from a Halloween classic, her Edward Scissorhands from 2017 bears a striking resemblance to the original.

Honestly, this one got such a laugh out of me that I just had to include it. Plus, the video on Lizzo’s Instagram of her costume’s bonus surprise reveal just shows you how much fun she had with it. Looks like she just took a DNA test, and it turns out, she’s 100% that good at Halloween costumes.

Halloween is also the perfect time to bring back a classic, and Ariana did just that. Her unconventional look comes from the 1960 episode of The Twilight Zone titled “Eye of the Beholder,” in which the viewer’s opinions of societal beauty standards are challenged by a shocking twist.

Nothing says Halloween quite like an entire jaw-dropping transformation. It’s been over 20 years since Demi Moore dressed as Gomez Addams for Halloween back in 1997, and I’m still trying to make sense of this. A sign of an excellent costume is when I can’t recognize the person underneath no matter how long I look at them, and this look certainly succeeds.

It wouldn’t be a Halloween list without Laurie Strode herself. The Halloween star has donned a number of fun, cheerful costumes­ – a bold contrast from Michael Myers – over the years, mostly to the annual Dream Halloween benefit supporting the Children Affected by AIDS Fundraiser. My favorite has to be her pirate outfit. I always give bonus points to costumes with cool parrots and big hats.

The real-life Daphne and Fred are all kinds of adorable all year round, and they do Halloween just right every single year, so it’s hard to pick a favorite. But they won my heart with their spot-on recreation of Andie and Duckie from the 1980s classic Pretty in Pink. Here’s hoping this prom doesn’t end with vampires to slay.

If you didn’t think that Winifred Sanderson would bring her A-game on Halloween, then you thought wrong. To the delight of Hocus Pocus fans everywhere (which should be everyone), she actually brought Winnie back for her annual Hulaween celebration in 2016, but what really takes the cake is her Marie Antoinette. I’ll see myself out now.

2018 was certainly a wow-worthy Halloween for Joe Jonas. First, he brought out the laughs by dressing up as his beloved’s Game of Thrones character Sansa Stark, and I didn’t think it could get any better than that. Except it did. Just days later, the couple turned into everyone’s favorite creepy and kooky couple, Morticia and Gomez Addams, and I was wowed all over again. Even Thing made an appearance!

Did you think this list wouldn’t include the Queen of Halloween herself? Every year, Klum always manages to outdo her costume from the previous year at her famous “costume required” Halloween party. Half the time, her looks are so off the chart that I can’t even tell it’s her. Her gory alien from 2019 was almost my top choice for her, but I’m truly speechless every time I look at Old Lady Heidi from 2013. Seriously! Talk about some top-notch makeup work done by artists Bill Corso and Mike Marino.

Halloween might look a little different this year, but I still better see some personal orange carpets being rolled out (or, perhaps rugs are more appropriate for a stay-at-home celebration) with only the finest of costumes being shown off. After all, there’s been 364 days since the last Halloween to prepare.