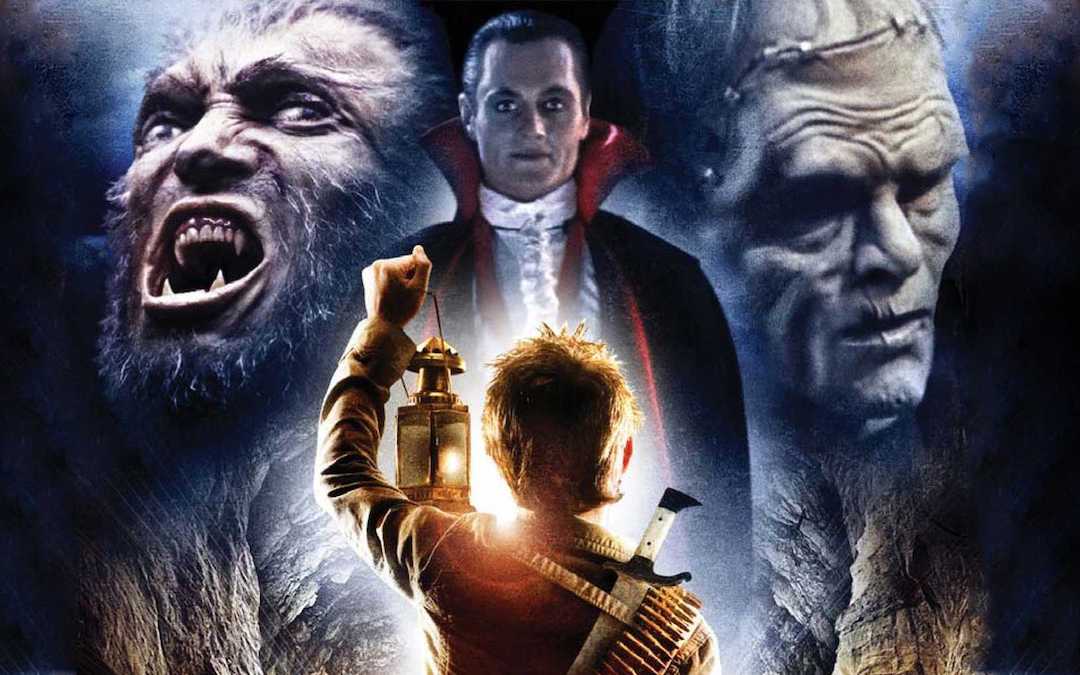 It’s that time of the year again: leaves are changing, gourds are being desecrated, and the cream filling in snack-cakes has been dyed orange. That’s right! It’s Halloween. Horror is the genre of the season, and who doesn’t love a little scare? Lots of people, probably!

Halloween is fun for the whole family, so we put together a family-friendly movie list that’s sure to get even the ‘fradiest of cats in the spirit of… well, spirits. Perhaps you’re looking for a new socially distant tradition for you and your kids. Or maybe, you just want to get into the spooky spirit, but you also want to get some sleep tonight without wondering if it’s really just the washing machine making that noise. That means spoopy movies ( i.e. spooky but not too spooky as they’re also cute and comical) are what you’re looking for. Either way, here are seven Halloween movies that (hopefully) aren’t too spooky for the whole family.

Frankenweenie is a tale as old as time, that of a boy and his re-animated, dead dog. A mash-up of classic monster movies, Frankenweenie mostly follows the plot of Frankenstein and is a great introduction to the genre for younger viewers. All the monsters are just household pets come back from the dead, which is cute in its own creepy sorta way. It’s even in black and white so you can tell it’s art.

This is the full-length version of the live-action short Tim Burton made back in the 80’s so if you like the movie, there’s some bonus content out there to check out.

Dracula, werewolves, spooky vampire ladies in white? This movie has everything! The Monster Squad is an 80s cult classic in the same kids’ adventure vein as The Goonies but this time with classic horror monsters. It’s a campy flick that follows a group of five monster-obsessed 12-year-olds trying to thwart a crew of Universal-style monsters and their convoluted plan to do vague evil. The story doesn’t take itself too seriously and has enough jokes to keep everything light-hearted and fun – they even make a monster friend. Plus, it spawned the classic phrase an entire generation repeated: “Wolfman’s got nards!”

What’s a pair of ghosts to do when they just want to haunt their home in peace, but they keep getting accosted by those pesky humans? Why, summon Beetlejuice, the self-proclaimed “bio-exorcist,” to scare off the living, of course. Just be careful not to say his name three times in a row. The movie has a star-studded cast, Burton’s off-kilter perspective, and a wonderful scene where a bunch of houseguests get possessed by ghosts and sing Harry Belafonte’s “Day-O” at a dinner party.

Not exactly Halloween but equally fun, The Book of Life is a love story that centers around the Day of the Dead. The story follows Manolo, a bullfighter who gets caught in the middle of a bet between gods and ends up in the Land of the Remembered, a colorful and festive afterlife. Manolo then teams up with his deceased relatives in an effort to get back to the living world and the woman he loves.

If nothing else, The Book of Life is a cautionary tale that warns against the perils of being interesting enough for gods to gamble over your personal life. More than that, though, it’s a story of love, family, and tradition in a vibrantly macabre setting.

Halloweentown’s story is about a family of witches who have to save a town where, you guessed it, all the citizens are monsters. But what I like most about it is the sedate vibe of the town itself; all the citizens are just going through their daily routine except they’re all skeletons running errands or vampires going to the dentist. If you like the first one, this movie has two sequels, and a fourth movie that doesn’t count because they replaced the actress who plays Marnie (You thought we wouldn’t notice, Disney! But we did!).

There’s plenty of monsters, ghosts, and more high-stakes town-saving in ParaNorman if that’s your thing. Misunderstood kid Norman has the power to understand and talk to the dead. It makes him mostly an outcast, but it turns out it’s the exact skill he needs to save the day and everyone in it.

Kids will love the goofy, physical humor, and the cool-looking animation and art style and adults will appreciate… well, probably the same stuff. The dialogue is funny, the story is engaging, and there are some mild jump scares, but nothing so intense that it would keep someone up at night.

Coraline answers that age-old question, “What’s up with those tiny, secret doors in old houses?” I don’t know if this is a universal truth, but I grew up in an old house, and let me tell you, lots of tiny doors. In my experience, the answer to that question is “storage space.” But in Coraline, it’s a secret, Narnia-like parallel world where everything’s the same, except kinda better, and everyone has buttons for eyes. When Coraline realizes things aren’t as they seem (when are they ever?) she has to find a way back to the real world.

The book that inspired the movie was penned by legendary author, Neil Gaiman, so you know the movie has to be good.

And if you’re in the mood to try some scarier fare after this, check out our recommendations for the best horror movies hitting theaters and VOD this month.

M. Night Shyamalan’s Knock at the Cabin is soon hitting theaters, and in many ways, it’s a throwback to his earlier work in all the...