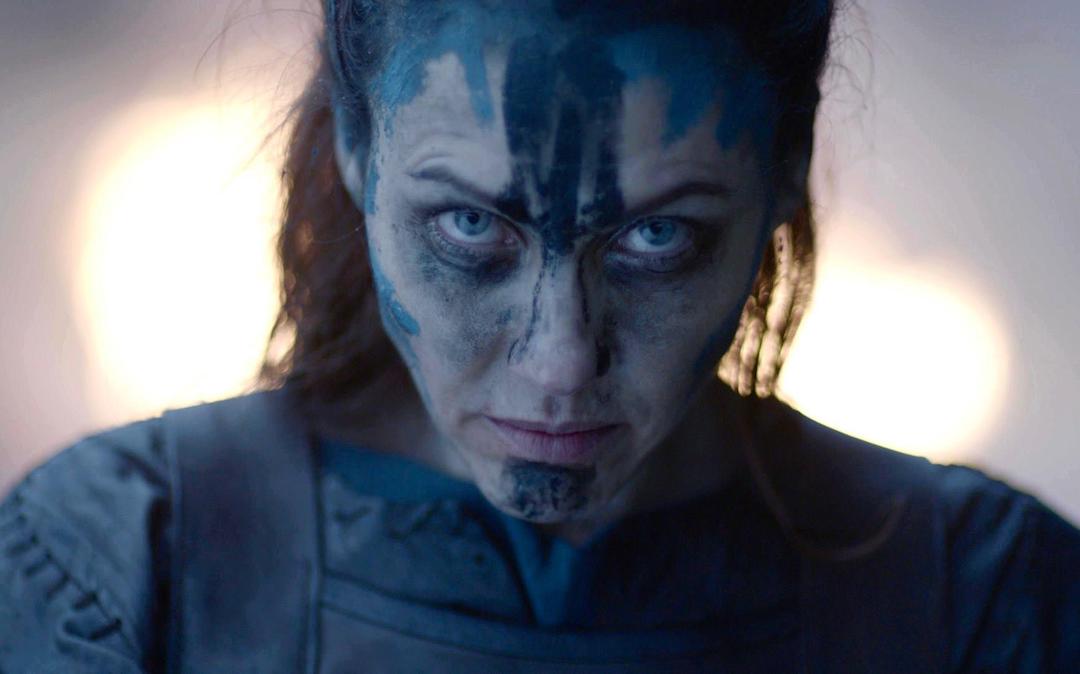 It was recently announced that Gal Gadot is playing Cleopatra in a new movie directed by Patty Jenkins and written by Laeta Kalogridis. Cleopatra led a fascinating life, ascending the throne at age 18, kicking her brother out of their co-rulership, and coming to power at a time in which Egypt was plagued with widespread famine and the out-of-control behavior of directionless, abandoned Roman soldiers. It’s a story worth telling and worth telling from the perspective of women.

Yet, while the prospect of a Cleopatra movie being made for the first time by an all-female creative team is an exciting one, I can’t help but think of all the other historical women who are just as interesting as Cleo but have been underserved by Hollywood. Here are five women from centuries past who deserve to have their stories told in an epic big-screen adventure, too.

Boudica’s story is one tailor-made for the screen. Queen of the British Celtic Iceni tribe, who lived in what is considered eastern England today, Boudica led an uprising of her people against invading Roman forces in 60-61 A.D. While Boudica’s husband, Prasutagus, was alive, it was a time of relative peace for his tribe as a semi-independent nation from Rome and upon his death, he left the rule of his kingdom to their two daughters. Rome decided to flex, however, raping Boudica’s daughters, whipping Boudica, and taking their land.

This did not go well for the Romans, who had seriously underestimated the rage of the occupied Britons. Enraged, Boudica swore to fight the Romans who were taking her peoples’ land. In 60 or 61 A.D., ruthless Roman governor Gaius Suetonius Paulinus made an assault on the island of Mona, a stronghold for the Druids. Boudica organized her Iceni people, the Trinovantes and other tribes in a revolt, waging a campaign of vengeance that has yet to be matched. First, they burned Camulodunum (modern-day Colchester), a settlement for former Roman soldiers, completely to the ground and slaughtered every last Roman soldier they found.

Hearing of the Celts’ revolt, Suetonius hurried to Londonium (today London) for safety but realized he could not defend it with the numbers he had against the fury of the Celtic tribes and abandoned Londonium. Boudica and her troops burned that to the ground, too, and then sacked and burned Verulamium to the point that archaeologists have been able to date it by the layer of pure black ash left behind by the Celts’ destruction. Boudica’s bloodthirst was so encompassing that her warriors killed 70-80,000 Roman soldiers between those three towns and her destruction so complete that Emperor Nero seriously considered just telling all Roman troops in Britain to pack it up and go home. Ultimately, Suetonius regathered his troops and defeated the native Britons, after which Boudica killed herself rather than submit to capture. But what a way to go out.

As the half-sister of Alexander the Great, it shouldn’t surprise anyone that Cynane was born to greatness herself. Her mother, the Illyrian Princess Audata, raised Cynane in the Illyrian art of war and strategy and Cynane’s prowess in battle soon became known across the land. She was such an exceptional strategist and fighter that she accompanied the Macedonian army on campaign alongside Alexander the Great, one of the only royal women of the entire era to fight on the front lines, once killing an Illyrian queen and masterminding the slaughter of the queen’s entire army. She had reason to walk tall.

But Cynane was strategic and forceful in other areas, too. You have to appreciate the ballsy approach she took after the death of her half-brother: Recognizing that Macedonian generals had installed Alexander’s simple-minded brother Philip Arrhidaeus on the throne as a puppet king, Cynane made a power grab for the throne and resolved that her daughter, Adea, would marry the new king and be the real power of Macedonia. Alexander’s former generals had no intention of allowing this to happen as they recognized Cynane would be an actual threat to them, unlike Arrhidaeus, and rejected Adea’s marriage bid.

So Cynane did what any loving mother would do: She gathered a massive army and marched to Asia, because by God, if the Macedonian generals wouldn’t give her daughter the throne in peace, she’d take it by force. However, as she marched her army toward Babylon, they were met by the army of Alcetas, Cynane’s former lover and brother of Cynane’s greatest enemy, regent general Perdiccas. Alcetas slew Cynane at that meeting, but Cynane had the last laugh: So beloved was she by the Macedonian soldiers that Alcetas’ own troops turned against him and rioted, forcing Perdiccas to backtrack. Adea and Philip were married and Adea became Queen Adea Eurydice of Macedonia. I bet you could hear Cynane laughing from the Underworld.

In the late 16th century, as England and France encroached on Portugal’s booming slave trade in northern and western Africa, Portuguese slavers turned to other areas of Africa to exploit. However, what they had not anticipated was running into a powerful African queen by the name of Nzinga. The favorite of her father, King Kiluanji of Ndongo, Kiluanji took Nzinga everywhere, training her to become a skilled warrior and hunter, an exceptional diplomat and to play the game of politics like no other.

After her father died, Nzinga’s brother, Mbandi, took the throne in 1617 and Nzinga was appointed to be a special emissary to the Portugese, who had already enslaved many of Nzinga’s people. She was sent to negotiate a treaty with the Portuguese, which was successful. But the Portuguese reneged on the deal, refusing to honor the treaty. King Mbandi committed suicide (though some say Nzinga killed him herself) and Nzinga became queen of the Mbundu.

From the minute she took the throne, things were different, with Nzinga making it clear she would not make concessions to the Portuguese and her people would not surrender without a fight. Not on her watch, thank you. When the Portuguese sacked the capital city of her kingdom, she and her people merely fled to the mountains and reorganized into another army. While there, she grew more powerful yet, forming pacts with other tribes and offering refuge and sanctuary to all enslaved peoples and Portuguese-trained African soldiers. Later, she established an alliance with the Dutch in one of the first African-European alliances, and in the years that followed, Nzinga’s kingdom grew powerful beyond belief and continued to resist Portuguese invasion. Even after her death, the kingdom she had built was so powerful that it resisted colonization attempts by the Portuguese for two more centuries, well into the 19th century. Her influence was so great that it was Nzinga who inspired the armed resistance that resulted in an independent Angola in 1975.

The story of Fu Hao is a murky one; she existed and died around 1200 B.C., well before paper was invented. However, the Tomb of Fu Hao unearthed at Yinxu in 1976 tells a story of a remarkable military woman, even at a time in which women serving in the military was not uncommon. What isn’t known is whether Fu Hao was a priestess of the Shang dynasty, a wife to King Wu Ding, or both.

What is known is that she was a fearsome commander and one of the finest military minds of her age. No mere foot soldier, Fu Hao was a revered general who led several military campaigns for the Shang Dynasty during her time. In her role, she was responsible for orchestrating and carrying out campaigns against enemies and neighbors of the Shang Dynasty empire, winning battle after battle. In fact, she was the first military commander to finally defeat the Tu-Fang, who had been fighting the Shang for multiple generations before Fu Hao routed them in one decisive, history-making battle.

But arguably her greatest victory was the one that came against the Ba. By that time, she had up to 13,000 soldiers fighting under her command and relied on her feared generals Zhi and Hou Gao to be her right and left hand. She was, in essence, the most powerful Shang general of her era and her victor over the Ba sealed it. With a brilliantly-devised plan, she led the Ba into an ambush, the earliest-recorded large-scale military ambush in Chinese history. So respected and revered was she that even after her death, King Wu Ding continued to visit her tomb and offer sacrifices in order to gain her spirit’s guidance in military matters when the invading Gong dynasty threatened to wipe out the Shang people completely. Women. They get the job done.

Born in 1840, Lozen was a warrior and prophet of the Chihenne Chiricahua Apache and the sister of prominent chief Victorio. From a young age, she was never interested in the traditional household pursuits of the women of the tribe, training instead to become a powerful medicine woman and warrior. She was so revered among her people that legends say her powers of prophecy enabled her to learn the movements of their enemies in battle, and Victorio introduced her to important tribal leaders by saying, “Lozen is my right hand … strong as a man, braver than most, and cunning in strategy. Lozen is a shield to her people.” But in the 1870s, Victorio and his band of Apaches were moved to the squalid conditions of the San Carlos Reservation in Arizona. He and Lozen rampaged against the white settlers who had taken their land around the Black Mountain.

From this point on, I’m just going to bulletpoint the incredibly daring and brave missions Lozen pulled off because there are simply too many to go into detail:

And Lozen may even have been an early LGBTQ+ hero. Many Native Americans believe that Lozen, who never married and showed more masculine traits, was a “two-spirit,” that is, someone who was born one sex but was really another on the inside, or someone who has both female and male aspects. Shortly after her brother’s death, she met Dahteste, a fellow Apache warrior. Dahteste had been married from a young age and had children, but spent almost all of her time with Lozen and it was said they were lovers and partners, with Dahteste becoming Lozen’s most trusted right-hand as scout and mediator.

When their tribe was eventually captured, Lozen and Dahteste were finally separated with Lozen being sent to Alabama and Dahteste to Florida. Tragically, Lozen died shortly thereafter at age 49 after contracting tuberculosis. To the very the end of her long life and her death at age 95, Dahteste continued to mourn Lozen.

We can’t wait to see what Jenkins and Gadot do with their Cleopatra movie, but there are so many other amazing women out there whose stories are also waiting to be told. Luckily, it seems as though studios are starting to realize this. In the next year or so, we’ll be seeing Viola Davis in The Woman King, based on the real-life Dahomey Amazons, an all-female military unit in Africa who fought against the French and other neighboring tribes in the 18th century. Last year gave us The Warrior Queen of Jhansi, which told the story of Lakshmibai, the fierce queen of the Jhansi people who led her army in battle against the British East India Company in the mutiny of 1857. In a movie based less in history and more in myth, there’s also the rumored Marian with Margot Robbie attached to star as Maid Marian, who rises to power and leads her people into war after Robin Hood dies.

Let’s hope Hollywood keeps it up.