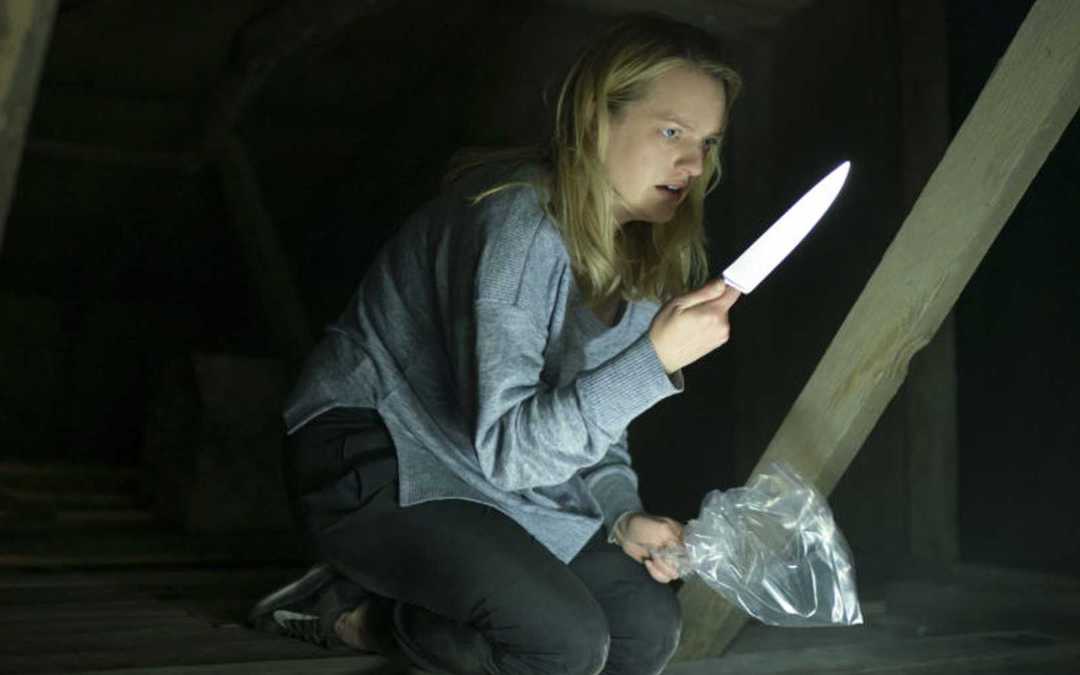 4 Reasons ‘The Invisible Man’ Had A Huge Opening Weekend

So far, 2020 hasn’t been a great year for horror. A number of scary flicks have hit theaters since the start of the new year only to be met with tepid-to-negative reviews or underwhelm at the box office. To say a lot was riding on the shoulders of The Invisible Man wouldn’t be an overstatement. Could it right the ship and get horror back on track?

The answer to that question turned out to be a resounding “yes.”

Initially, early box office tracking put its opening weekend in the low $20-million range but that number crept a little higher as positive reviews started flowing in. All told, it won the weekend at the box office, scaring up a great $29 million domestically and another $20 million globally for a total haul of $49 million so far on a relatively minuscule budget of $7-9 million. That’s a success by any measure.

1. Leigh Whannell Is A Legit Name In Horror

Outside of a few truly A-list directors, it’s rare that a filmmaker’s name alone is enough to get people to the theater. But horror fans are a different breed. They tend to be more plugged in and more knowledgeable about their genre, as well more faithful to certain filmmakers as they’ve likely followed their work for years. That includes the career of Invisible Man director Leigh Whannell, a “name” in horror and known to horror fans. He and creative partner, James Wan, reinvigorated the horror genre with the Saw franchise, which saw Whannell writing, acting and producing and Wan writing, producing and directing one film. The pair followed that up with the Insidious movies, with Whannell pulling writer duties while Wan directed.

Whannell tried his hand at directing with 2015’s Insidious: Chapter 3, which received a so-so response. But interest in him as a director really picked up when he finally got his shot at directing an entirely original script of his own in 2018 with Upgrade. The low-budget sci-fi thriller was lauded by critics and fans alike and became an instant cult classic sort of film. With him finally getting to helm a movie that had Universal’s marketing machine behind it and wasn’t deep into a franchise, fans were intrigued and they turned out to see the horror director’s latest this weekend. In Whannell, we trust.

2. The Star Power Of Elisabeth Moss

Similar to Whannell in the director’s chair, Elisabeth Moss as the lead has some pull with audiences. Moss has legitimate star power and has become one of those actors for whom people will watch a series or movie simply because she’s in it. She rarely chooses bad projects: Mad Men and The Handmaid’s Tale are both zeitgeist, water cooler TV series. Movies she’s chosen have been critically acclaimed, often cerebral films including High-Rise, Us, Her Smell and Shirley. Even if she’s not enough to get audiences to shell out for a movie on her own, her top billing is at least enough to get people to take a movie she’s in more seriously than they might otherwise. A pairing of Leigh Whannell and Elisabeth Moss let audiences know that unless something had gone horribly awry, it was likely to be, at the very least, a solid project.

This might seem like an obvious statement, but the fact The Invisible Man got overwhelmingly positive reviews from critics shouldn’t be discounted. Currently, it’s sitting at a whopping 90% on Rotten Tomatoes for critics and 88% from audiences. We regularly see a disconnect between the critics’ score and audience score, with plenty of genre fans seeming to view bashing critics and disagreeing with their stances as a point of pride. Not so horror fans, who tend to still give weight to what horror critics have to say about movies and are more or less in lockstep with the critical consensus. Sure, there may be a few discrepancies, but it’s a rule of thumb that if it bombs with critics, it’s not going to fare well with audiences, either.

The flipside of that is that, if critics laud a movie and the general consensus is positive, horror fans are more likely to have faith it’s a film worth seeing. This is particularly true in the case of Invisible Man, which is the first positively-reviewed horror movie of the year after a string of underwhelming releases. Critics gave it the stamp of approval, which means that fans could put their faith in it being something worth spending money on.

Given that there is virtually no sure success in the world of movies outside of perhaps the MCU, it’s remarkable what Blumhouse has managed to do. It may not have the global footprint and brand awareness of Marvel, but it’s created a business model that is just as effective with the biggest ROI of any studio: Make films for tiny budgets, let the filmmakers have full creative control then distribute through the studio system while remaining independent of it. To help this, Blumhouse makes a point to arrange actor contracts to pay out more on the back end rather than upfront in order to keep their production budgets down. To date, Blumhouse movies have made over $4.5 billion dollars, which is eye-popping considering the fact most of their movies run on a budget of between $3-5 million, with their rare “expensive” movies having budgets of no more than $20 million (2010’s Tooth Fairy being the rare exception to the rule at $48 million).

That range of $3-5 million is deliberately calculated; it’s what Blumhouse can expect to make back on a movie if it doesn’t score a wide release, meaning that, at worst, it will lose only a tiny bit, if not break even.  The result of that is that it’s virtually impossible for Blumhouse to not make money on its films. And if it’s a wide-release film with a director like Whannell attached and Moss in the lead? You can expect it will make quite a bit of money. A quality product plus a smart and savvy business strategy is a win almost every time.

The Invisible Man is currently in theaters. Get tickets here.