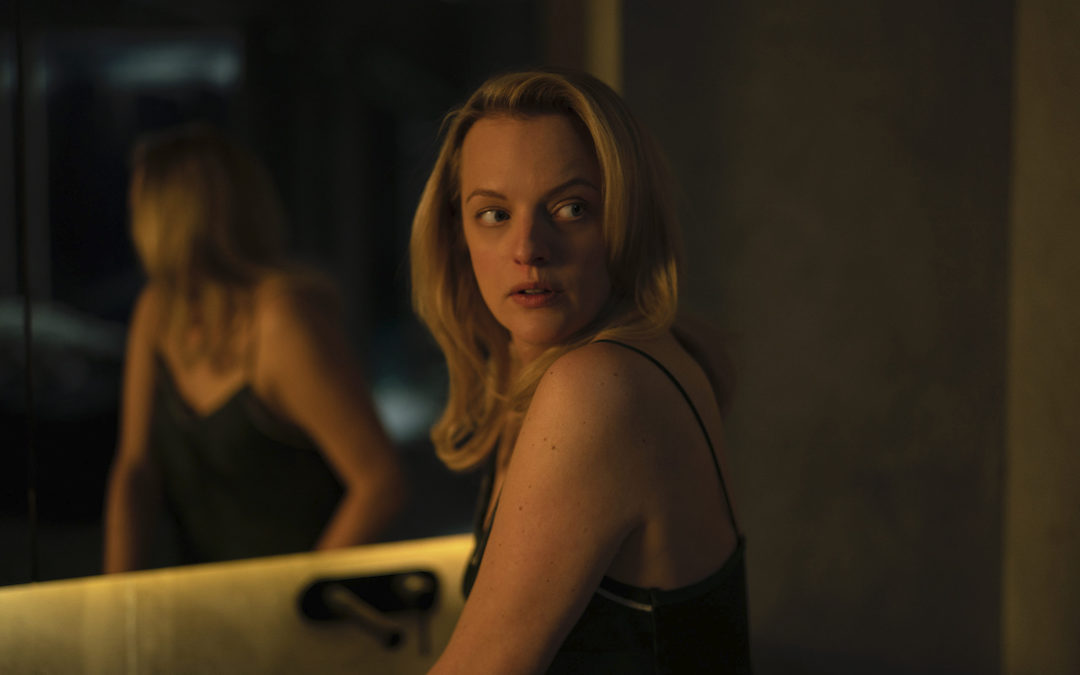 Each week on Atom Insider, we break down the box office numbers for all of the biggest films opening in theaters. This week, Blumhouse and Universal shocked audiences and critics with a smart and now successful reboot of the Invisible Man IP from director Leigh Whannell. Who saw this coming?

Universal has come a long way since it nixed its plans for a “Dark Universe” of movies to rival the shared Marvel universe films. After The Mummy failed to launch in 2017, the studio refocused and recast The Invisible Man to be a low budget, standalone horror movie. And the box office results are readily apparent: $29 million domestically and $49.2 million worldwide off of just an estimated $7 million budget. Seeing really is believing.

Sonic the Hedgehog (Paramount) and The Call of the Wild (20th Century) predictably dropped two spots on the charts this week to make room for The Invisible Man, but Call of the Wild faced a particularly steep 46.7% drop in ticket sales despite an increase of over 100 theaters since last week. That’s dangerous news for a film with an estimated budget of $150 million. 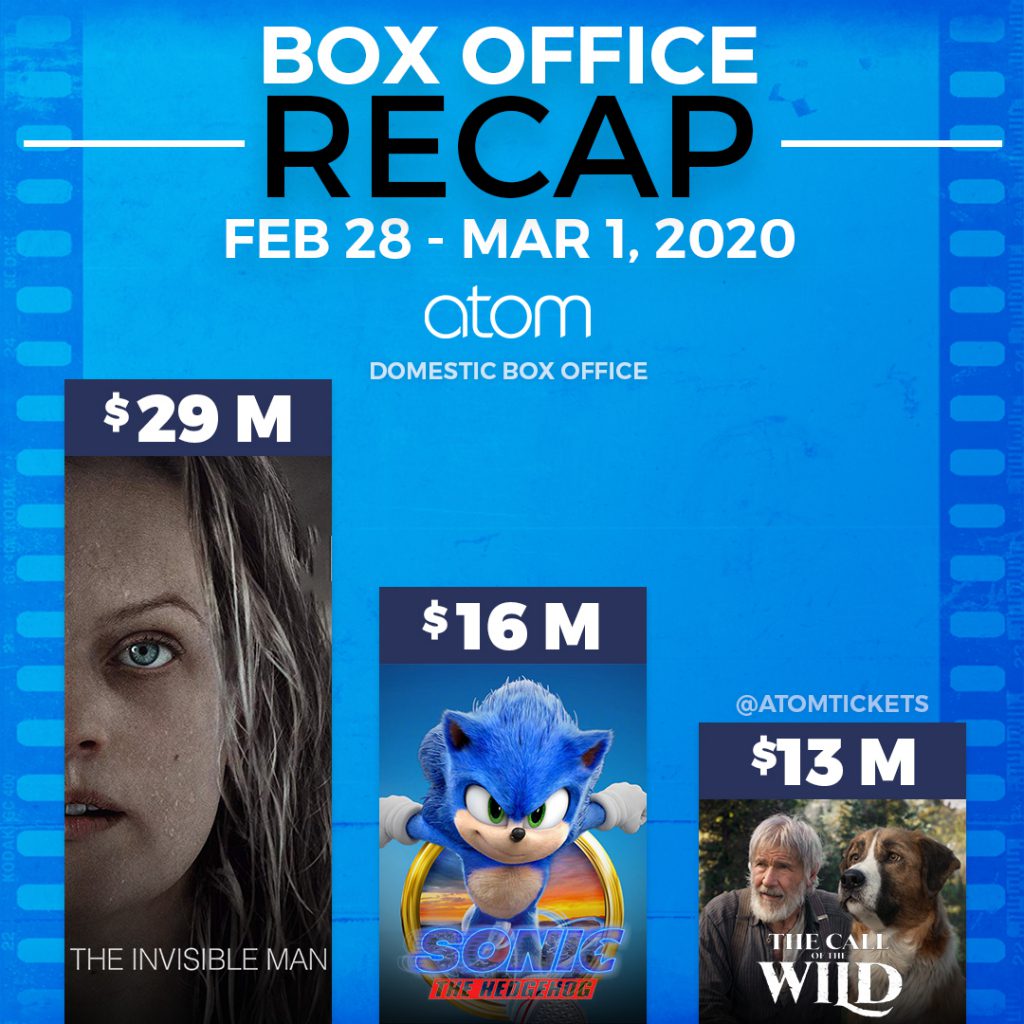 One other wide release landed in the Top 10, and that’s the FUNimation anime series spin-off movie My Hero Academia: Heroes Rising, which debuted in over 1,200 theaters to $5.1 million in North America alone. Worldwide, the anime film has already hit a superpowered $23.5 million and counting. That’s a huge upgrade from the previous 2018 My Hero Academia film, which amassed just $6 million overall.

Birds of Prey (Warner Bros) dropped three spots to #6 below Bad Boys for Life (Sony) after losing 441 theaters. It was nearly overtaken by truTV’s first feature release, Impractical Jokers: The Movie, which jumped four spots to #7 after expanding its release to 1,900 theaters.

Lastly, 1917 (Universal) managed a decent hold after dropping one spot to #8, above Brahms: The Boy II (STX), which dropped four spots to #9, as well as Fantasy Island (Sony), which similarly fell four spots to #10. Looks like both films will have their dreams crushed by next weekend.

Jumanji: The Next Level (Sony) is finally dropping out of the Top 10 after a stellar 12 weeks, maintaining solid box office legs throughout the holiday season and beyond with $790.8 million worldwide ($313.7 million domestic).

Parasite (Neon) has started to shed theaters after its Oscars boost, so box office has slowed down for the massively successful South Korean film, which made $227 million against a small budget of just $11.4 million.

Finally, The Photograph (Universal) plummeted to #15 after just three weeks at the box office. The romance drama might actually lose money despite its low production budget of $16 million. It only managed to gross $19 million worldwide, which probably won’t cover expected marketing costs.