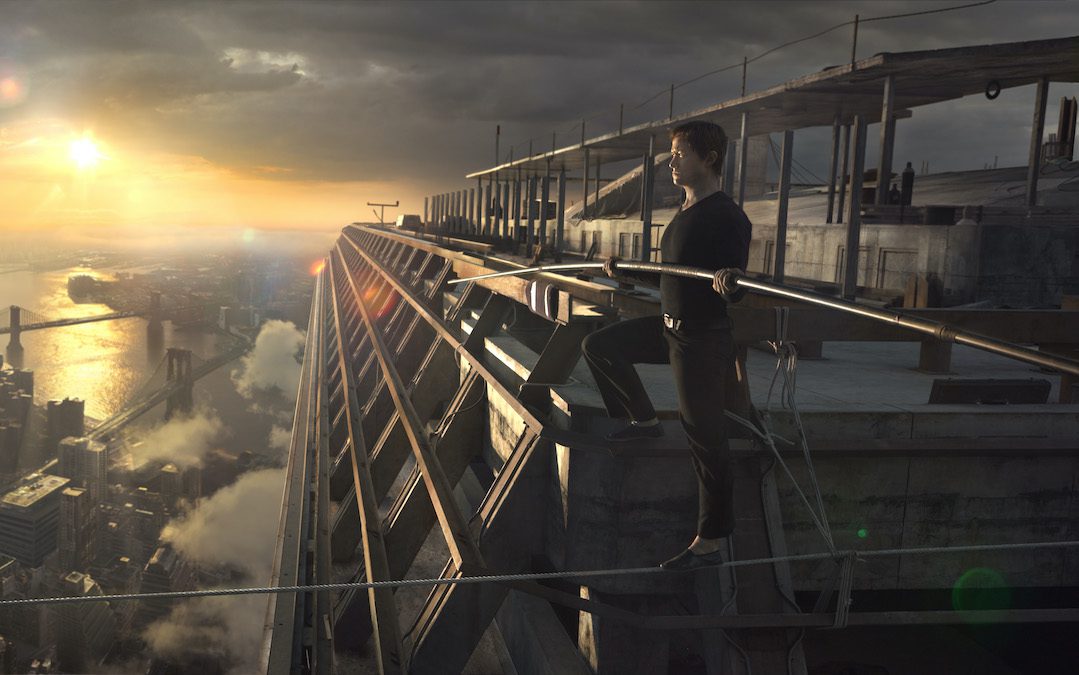 Being an actor is weird. Like, really weird. Sure, it’s often glamorous dresses and suave tuxes and awards shows and interviews. But that’s just the obligatory PR part of it. The actual acting part of it can be…strange. Whether it’s being naked in a room full of people for a sex scene or sitting in a makeup chair for six hours to have prosthetics and makeup placed on your body to the transient lifestyle, it’s not something a normal person can ever relate to.

Sometimes, that weirdness extends to the skills an actor has to learn to master a particular role. I’m not talking about the most common special skills you expect an actor to learn, such as horseback riding, martial arts and fighting skills. And I’m not talking about things that plenty of people already know how to do, like playing piano, dancing, or gymnastics flips. No, I’m talking about truly odd skills. The kind that, were you to meet someone at a party and they told you they practiced it, would be the most interesting fact about someone you heard all night.

Here are some of the most unique skills actors have had to learn for a movie role.

For 2013’s Now You See Me (and its 2016 follow-up Now You See Me 2), the majority of the cast had to learn some form of magic, mainly sleight-of-hand. But Dave Franco learned an even stranger skill for his character: card throwing. All the actors practiced with master magician David Kwong, but Franco was far and away the quickest study as he developed a skill the filmmakers called “sleight-of-hand combat.” He worked tirelessly learning to throw cards, aiming at various targets or trying to cut a banana in half or pop a balloon. Eventually, he got so good that he actually did end up slicing up a few of the crew and cast members, including Mark Ruffalo, who actually did get his face knicked in this scene. At this point, it’s the closest we’ll likely ever get to a Gambit movie.

In 2015, Joseph Gordon-Levitt tackled playing French tightrope walker and entertainer Philippe Petit, who, in 1974, did the near-impossible and walked a tightrope strung between the World Trade Center towers – with no harness. Naturally, Hollywood wasn’t going to let their A-list actor do that, but JGL nonetheless was taught how to tightrope walk by Petit himself. Starting with a line on the ground, then a slightly raised bar, then adding a tightrope of increasing heights, Gordon-Levitt learned to walk and move just like Petit. Eventually, he was doing tightrope walks by himself six to eight feet off the ground. And even though he had a harness for insurance reasons, Petit made Gordon-Levitt walk the high tightrope without one a few times so he could get a taste of that real fear that Petit felt when he walked between the Twin Towers. 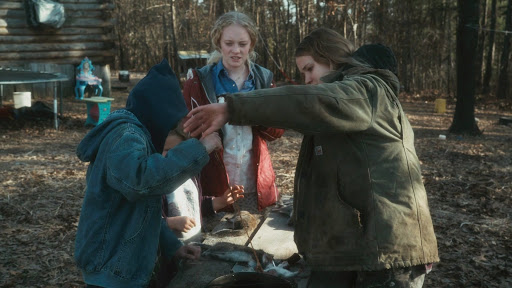 Jennifer Lawrence might be best known to most fans for playing Katniss in The Hunger Games trilogy or Mystique in the X-Men movies, but her breakout role was 2010’s Winter’s Bone. Lawrence played Ree Dolly, a poverty-stricken girl trying to take care of her family in the Ozarks. For the role, Lawrence learned a number of things like how to chop wood, fight, and even skin a squirrel for a scene in which Ree and her sisters do exactly that. A friend of her brother demonstrated the proper way to skin a squirrel so Lawrence could learn how to realistically emulate it on screen. But it wasn’t as if she enjoyed it – she confessed she went into the house and cried after learning it because she felt so bad. Still, all the dedication to realism paid off: Lawrence as nominated for Best Actress for the 2011 Oscars, making her the second-youngest actress ever to be nominated in that category.

Even if you’re not a huge comic book movie fan, you’ve likely seen Sam Raimi’s Spider-Man by now, or at least know a few of its most famous scenes, like the scene where Peter Parker’s powers erupt in the middle of the high school cafeteria during lunch. When Mary Jane Watson slips on a spilled drink and her tray flies into the air, Peter demonstrates his new, superhuman reflexes and Spider-sense by catching her in one hand and her food on the tray with the other. It’s a moment so perfect that it looks like it has to be CGI or some sort of visual trickery, but no – that moment was all Tobey Maguire. The crew put sticky glue on his hands, similar to the Stickum athletes use, in order to stick the tray to his hands. The rest was Maguire’s own reflexes and coordination. It didn’t come easy, though: it was 156 takes over a 16-hour day to pull it off. Just when they were ready to give up and do it with CGI, Maguire caught the food, perfectly balanced, and that’s the take you see in the movie. 16 hours? Worth it.

Daniel Day-Lewis – Canoe Building (‘The Last of the Mohicans’)

The Last of the Mohicans

Of course, you can’t have a list like this without Daniel Day-Lewis appearing somewhere on it. The man is synonymous with method acting and has learned more specialized skills than a small military operation. His role as Hawkeye/Nathaniel Poe in 1992’s The Last of the Mohicans found him playing a half-Mohican fur trapper in the mid-1700s. Naturally, that meant DDL went native, going off into the wilderness to live off the land, learning how to hunt, fish, and track prey. Never one to not be a very specific brand of extra, Day-Lewis did this for half a year and continued to be peak method on set, carrying his musket with him at all times and only eating food he had hunted himself. But his most impressive achievement was learning how to build an old-fashioned Native American canoe and by the end of filming, he’d finished building his own.

Tom Cruise gets plenty of accolades for all the crazy stunts he’s performed over the course of his career. One of the most impressive was when he worked with a freediver for the scene in Mission: Impossible – Rogue Nation in which Ethan Hunt has to break into an underwater vault. Cruise did extensive training and learned how to hold his breath for a full six minutes in order to make the scene as realistic as possible.

But even though he’s the one who gets the most accolades, he’s not the only one to learn this trick. Margot Robbie is well-known for mastering a number of skills for her roles, from ice skating for I, Tonya to gymnastics and knife-throwing for Birds of Prey. From the start, her commitment to the role of Harley Quinn has been impressive. Even for Suicide Squad, she went above and beyond. Working with Kirk Krack, the same freediver who trained Cruise, she learned how to hold her breath for over five minutes for the underwater scene where she and Joker wreck and Batman saves her. In fact, Robbie is so competitive that she swore to hold her breath even longer than her professional stunt double – and she did. Moral of the story: never challenge Margot Robbie in a breath-holding contest.

Rooney Mara – Skateboarding (‘The Girl With the Dragon Tattoo’) 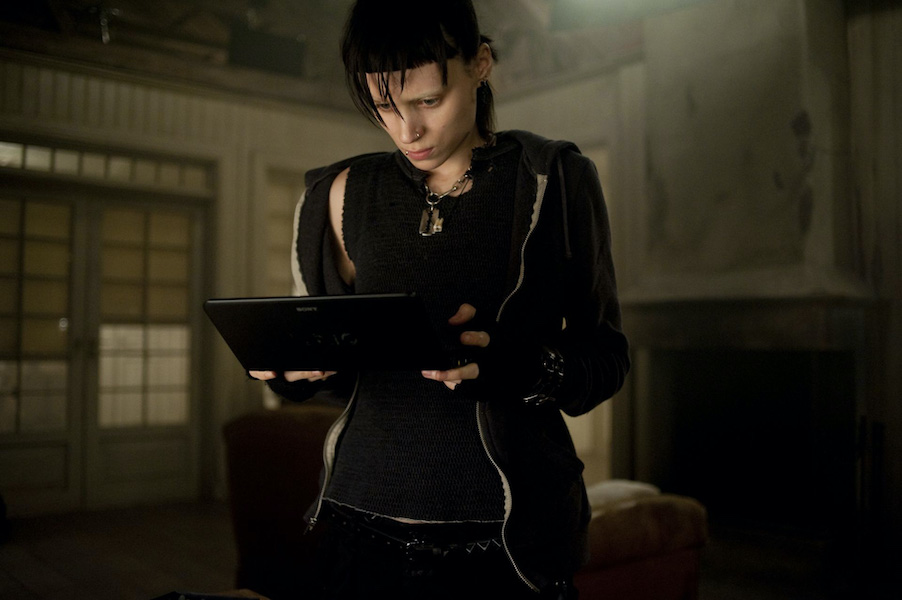 Actors often change their appearances for roles, chameleons that color their hair and wear prosthetics, makeup and wigs as. But some actors are true chameleons for roles, completely transforming themselves into someone unrecognizable. Such was the case with Rooney Mara for 2011’s American remake of The Girl with the Dragon Tattoo. To get into the character of the goth computer hacker Lisbeth Salander, Mara chopped off her hair and dyed it back, bleached her eyebrows, and gave herself a dozen piercings, including her nipples. To land the role, she learned computer hacking skills, kickboxing, and perfected a Swedish accent. But in order to perfect Lisbeth’s loose-limbed “teenage boy” walk, Mara learned how to skateboard at the request of director David Fincher. Neither Mara nor Fincher wanted Lisbeth to walk or move like a girl, so Mara nailed skateboarding in order to carry herself like a 13-year-old skater kid. 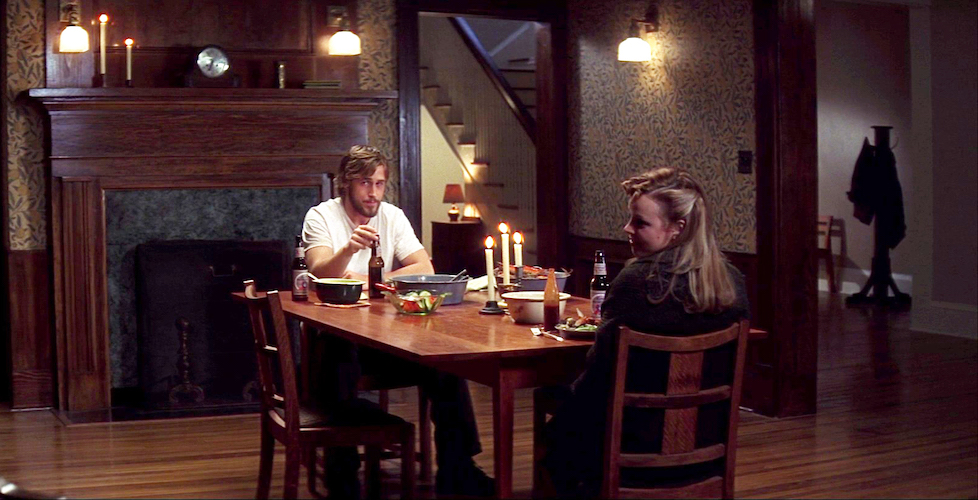 Most of the skills on this list aren’t exactly practical. I doubt Jennifer Lawrence will ever see a need to skin squirrels, Dave Franco will likely never have to fight off an attacker with cards, and Daniel Day-Lewis–well, okay. Daniel Day-Lewis might actually just build canoes for the fun of it. But for The Notebook, Ryan Gosling gained a practical skill that could actually be turned into a side-hustle, learning how to make furniture. His character, Noah, was a craftsman and woodworker, building an entire house as a shrine to his lost love, Allie, played by Rachel McAdams. To get into character, Gosling lived in South Caroline for two months and rowed every morning as well as teaching himself how to build furniture. He got so good at it that his pieces were finely-made enough to sell. In fact, the table and chairs used in the dining room scene between Noah and Allie are ones that Gosling made himself. If he ever gets tired of being an Oscar-nominated actor, at least he has a fallback plan.

I’ve decided my Hollywood apocalypse team is definitely going to be Daniel Day-Lewis, Jennifer Lawrence and Ryan Gosling. If the world ever were to revert to 1800s-style living off the land, I’m Team Survival Skills, for sure.