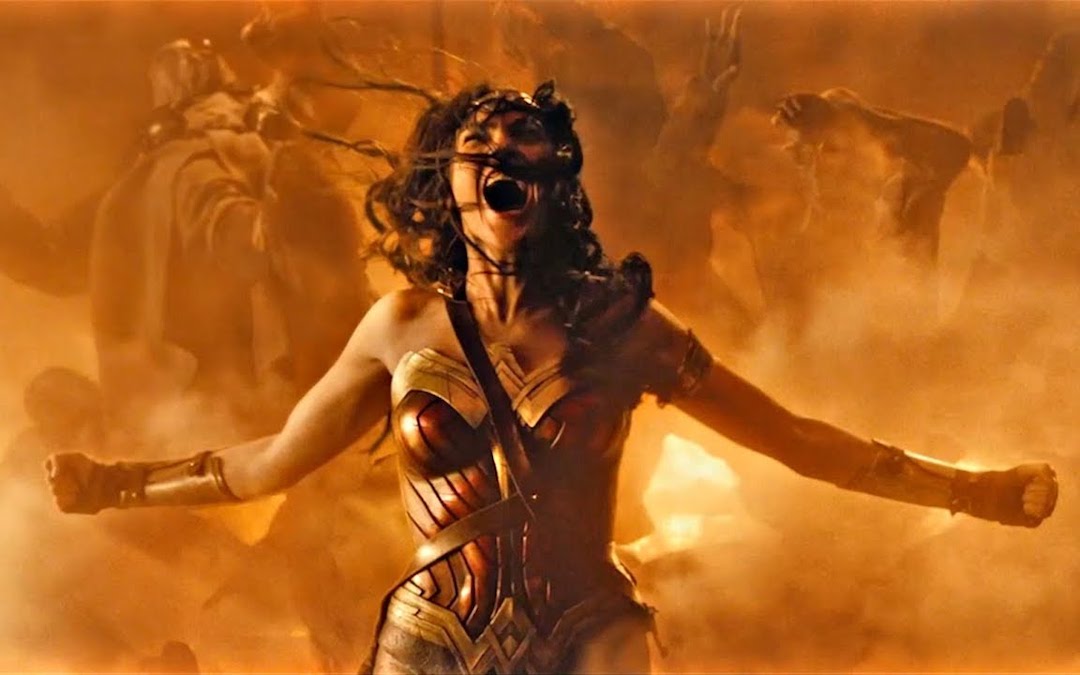 When Wonder Woman hit theaters in 2017, it was near-universally praised for being a breath of fresh air. Gal Gadot charmed in a movie that was optimistic and hopeful, and something wholly different from everything else we’d seen in the DCEU – until the third act. The final battle was considered by many to be the low point of the film for being a messy CGI extravaganza full of obligatory explosions and rushed VFX. Turns out, the people back then who assumed it was the influence of the producers or studio were absolutely right. During an interview with IGN for Wonder Woman 1984, director Patty Jenkins confirmed that the fight wasn’t her idea and was changed at the last minute, hence the way it felt shoehorned in and unfinished. “The original end of the first movie was also smaller, but the studio made me change it at the last minute,” Jenkins revealed. “So that’s always been a little bit of a bummer that [the ending is] the one thing people talk about because I agreed. And I told the studio we didn’t have time to do it, but it was what it was. I ended up loving it, but that was not the original ending of the movie.” As someone who has been bothered for three years by that fight, I can’t say hearing Jenkins confirm this isn’t a bit cathartic.

When Warner Bros. made the decision a few weeks ago to move their entire 2021 slate to release on HBO Max the same day they released in theaters, it caused a major ripple effect in the movie industry. One of those was a number of filmmakers speaking out about feeling blindsided that their movies are no longer going to have an exclusive theatrical window. Wonder Woman 1984 director Patty Jenkins, whose movie is also going day-and-date on Christmas Day this week, had a more measured response, saying she didn’t love it but understood the situation Warner Bros. was in – it’s tough times all around, unfortunately. The studio assured everyone it was just a temporary move for the pandemic and then it will be business as usual in 2022, but honestly, with WB’s big focus on HBO Max right now, there are a number of filmmakers who don’t seem certain that will be the case, including Jenkins. And if WB insists on continuing with their same-day streaming and theatrical release model, she isn’t sure she’ll do the third Wonder Woman movie. “We’ll see what happens,” she said, speaking to The New York Times. “I really don’t know. I know that I’d love to do the third one if the circumstances were right and there was still a theatrical model possible. I don’t know that I would if there wasn’t.” With filmmakers and talent upset and WB already facing a lawsuit or two over its decision, it will be interesting to see how the next year plays out.

With Blumhouse cranking out well-received reboots and reimaginings of famous films and classic creatures, it was only a matter of time before the movie many believe to be the scariest horror film ever made got a sequel masquerading as a reboot: The Exorcist. Observer reported that director David Gordon Green is in talks to do an Exorcist sequel for Blumhouse, with Jason Blum, David Robinson, and James Robinson serving as producers. It’s an interesting choice to make it as a sequel rather than a complete reboot. Will Green bring back the surviving actors of the original cast? He did with Jamie Lee Curtis for his Halloween remakequel, also for Blumhouse, and it was hailed as one of the strongest Halloween movies since the original. However, with audiences now so jaded to new scares, will the Exorcist sequel live up to the original?

We’ll Get To Hear Chadwick Boseman One Last Time In Marvel’s ‘What If…?’ Series

Chadwick Boseman’s sudden and untimely passing in August left millions of fans and the entire entertainment industry in shock. The last project he shot was Netflix’s Ma Rainey’s Black Bottom, the last thing we’ll ever see him in. However, thanks to Marvel, we’ll at least get to hear Boseman one last time, even if we won’t get to see him on screen. Speaking to Emmy Magazine, Marvel Studios head Kevin Feige confirmed that Boseman had come into the studio for a few days to record a number of episodes for Marvel’s animated What If…? series. It was unclear whether or not Boseman had managed to record all his planned episodes before his passing, but now it seems he had. What If…?, adapted from the comic book series of the same name, envisions a Marvel universe where one certain thing in each story was changed: What if Peggy Carter had gotten the Super Soldier serum instead of Steve Rogers? What if Yondu had kidnapped a young T’Challa in his spaceship rather than a young Peter Quill? And so on. It appears Chadwick Boseman will have one last gift for us yet.

Since wrapping their work with Marvel, Joe and Anthony Russo have been busy developing a diverse slate of movies through their AGBO Productions banner. Now, they’re set to direct Stranger Things and Enola Holmes star Millie Bobby Brown in The Electric State, based on the book by Simon Stålenhag. Universal recently landed the rights to the book. The Russos will have some familiar faces helping them, as well: Longtime Marvel writers Christopher Markus and Stephen McFeely are set to adapt the book to script. It director Andy Muschietti was circling the chance to adapt the script and direct the film, but with him having his hands full with The Flash movie and Universal wanting to move forward, the Russos landed the job with Markus and McFeely on writing duties. The studio description describes The Electric State as “the story of a teenage girl (Millie Bobby Brown) who realizes that a strange but sweet robot who comes to her has actually been sent by her missing brother. She and the robot set out to find the brother in an imaginative world of humans mixing with all manner of robots, uncovering a grand conspiracy in the process.” Interesting. We’re in.

Last but certainly not least… after decades of waiting, the trailer for Coming 2 America has finally dropped. Feast your eyes on the nostalgic Eddie Murphy goodness:

May 2021 Movie Releases: Everything Coming To Theaters

Who’s Presenting At The Oscars 2021: Everything You Need To Know

Last night’s telecast of the 93rd Academy Awards was an interesting one in many ways, from the lack of a host to the relaxed speeches that...