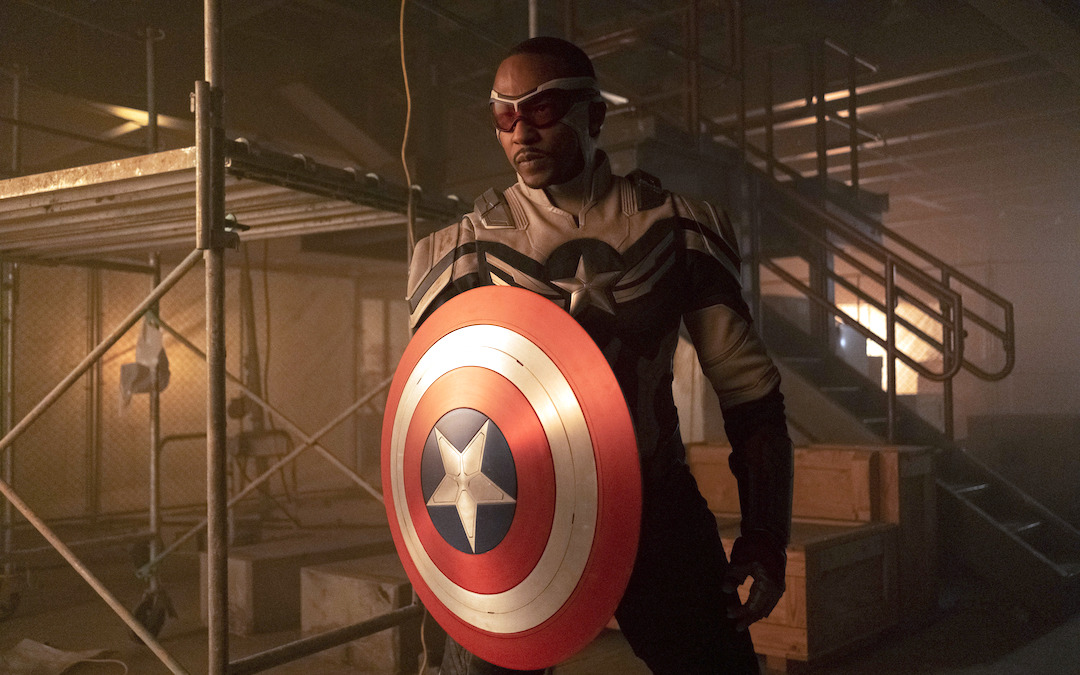 News Of The Week: Anthony Mackie Officially Signs On For ‘Captain America 4’

Emma Stone Signs On For ‘Cruella 2’

A few months after Cruella hit theaters and Disney+ and delighted critics and fans alike, Disney is full-steam ahead on a sequel. Deadline has reported the Emma Stone is officially back on board for Cruella 2, which is already in development. This is excellent news for Disney, as rumors had swirled in the wake of Black Widow star Scarlett Johansson’s lawsuit that other actors were considering doing the same, with Emma Stone’s name being included in those rumors. According to reports, this new deal is beneficial for both sides, with Disney apparently not wanting a repeat of the ScarJo mess, though at the moment it’s unclear whether Cruella 2 will be a wholly theatrical release or split its debut between theaters and Disney+ as Cruella did. Either way, with Cruella‘s $222 million in global ticket sales and estimated $21 million (via Samba TV) in its opening weekend, Disney is clearly pleased with how it performed during the pandemic and now a sequel is coming. It’s not yet known what the story will be, but we can expect that with her backstory out of the way, we may see some tweaked retelling of the story of 101 Dalmatians; it doesn’t yet have a release date.

The live-action adaptation of the wildly popular anime (and manga) My Hero Academia has landed a director and it’s a name that just may make MHA Hollywood’s best anime adaptation to date. Director Shinsuke Sato is set to make his English-language debut for Legendary’s live-action take on the series. The manga centers around Izuku Midoriya, a teenage boy who is obsessed with superheroes in a world in which about 80% of the population have superpowers, known in their world as “quirks.” Izuku, however, has no quirk but decides to enroll in a superhero academy, anyway, in order to prove he can be a superhero without powers. The original manga, which debuted in 2014, has spawned an animated series and three movies to date. This Hollywood adaptation will be the first live-action telling. With Sato, Legendary finds the perfect director for the task, with Sato having previously directed live-action anime adaptations I Am a Hero, Inuyashiki, and Bleach. He’s also known for 2019’s war epic Kingdom, which he both wrote and directed. In putting the My Hero Academia adaptation into Sato’s hands, Legendary aligns itself with a director who has extensive experience adapting anime into live-action and understands exactly what it is that makes each of those manga and anime resonate with fans.

Via Deadline, longtime Marvel actor Anthony Mackie has officially signed on the dotted line to sling the shield in a fourth Captain America movie. Currently, not much is known about the film, which will find Mackie fully stepping into the role vacated by Chris Evans at the end of Avengers: Endgame, when his character, Steve Rogers, officially passed the shield on to Mackie’s Sam Wilson, a.k.a. Falcon. Wilson officially took up the mantle at the end of Disney+ follow-up series The Falcon and the Winter Soldier, which Mackie co-led with Sebastian Stan as Bucky Barnes, a.k.a. the Winter Soldier. It’s unclear whether or not Stan will also appear in the fourth Captain America movie, though he’s been in every single Captain America movie to date. At the moment, the script is being penned by Falcon and Winter Soldier showrunner and creator Malcolm Spellman, along with staff writer Dalan Musson. No director has yet been tapped, so it’s likely this one won’t be hitting theaters for a few more years.

After their quick and fast chemistry formed on the set of Jungle Cruise, Emily Blunt and Dwayne Johnson are once again reteaming–in a manner of speaking. It was reported just before that film’s release that Blunt has become one of Johnson’s inner circle of creative collaborators, with Johnson reportedly developing a vehicle for Blunt to star in. That is apparently this new project Amazon Studios has snapped up, which is an action-adventure built around Emily Blunt playing Kate Warne, a real-life historical figure who was the world’s first Pinkerton agent. Warne was often compared to Sherlock Holmes, with her dedication and investigative skills rewriting the way detective work was done while paving the way for women in the role. Johnson will also be joining Blunt, as well as producing alongside his business partners Dany Garcia and Hiram Garcia under their Seven Bucks banner. Blunt will also be producing, along with Kristina Sorensen. Gustin Nash is on scriptwriting duties, and he’ll also be executive producing.

The Expendables franchise has been a quietly dependable moneymaker for the past decade, with two more sequels being released and a number of spinoffs being discussed, including one with an all-female cast. Until now, nothing has come to fruition, but franchise lead and co-creator Sylvester Stallone has offered an exciting new update, revealing on Instagram that a new Expendables spinoff will start shooting in October with the working title of Christmas Story.

The post was accompanied by a photo of someone’s tattoo of Stallone’s character, Barney Ross, with the caption, “This tattoo had to hurt! Off to shoot the spinoff of EXPENDABLES (Temp. working title is Christmas Story) in OCT.” With that working title, it would appear the story may revolve around Jason Statham’s Lee Christmas. There were rumors before that a Statham-centric spinoff was being planned, so it appears this could be that. It’s been quite some time since the last Expendables movie–seven years, in fact–but it still maintains a strong brand, and no matter what the spinoff is, it’s sure to be embraced by fans just like the main series.

Nearly 30 years after the first Clerks hit theaters, original stars Brian O’Halloran and Jeff Anderson are back as Dante and Randal, the beloved slacker Quick Stop employees. Rosario Dawson and Trevor Fehrman join the cast as new characters Becky and Elias. The film will find Randal suffering a massive and unexpected heart attack and having a near-death experience. Afterward, Randal determines to film a movie about his experiences at Quick Stop with Dante. In a way, this is shaping up to be a rather autobiographical movie for Smith. In the three decades since the first Clerks came out, Smith has been extremely hit or miss with his movies; hopefully, Clerks III will get him back to the heights he reached in the ’90s and early 2000s.

Prisoners of the Ghostland Trailer

Candyman – ‘A Look Inside’ Featurette

This will arguably the scariest movie of the year.

Marvel does it again.

Having just screened Shang-Chi tonight, I can say that this clip is just a taste of the incredible fight sequences that the movie has in store.