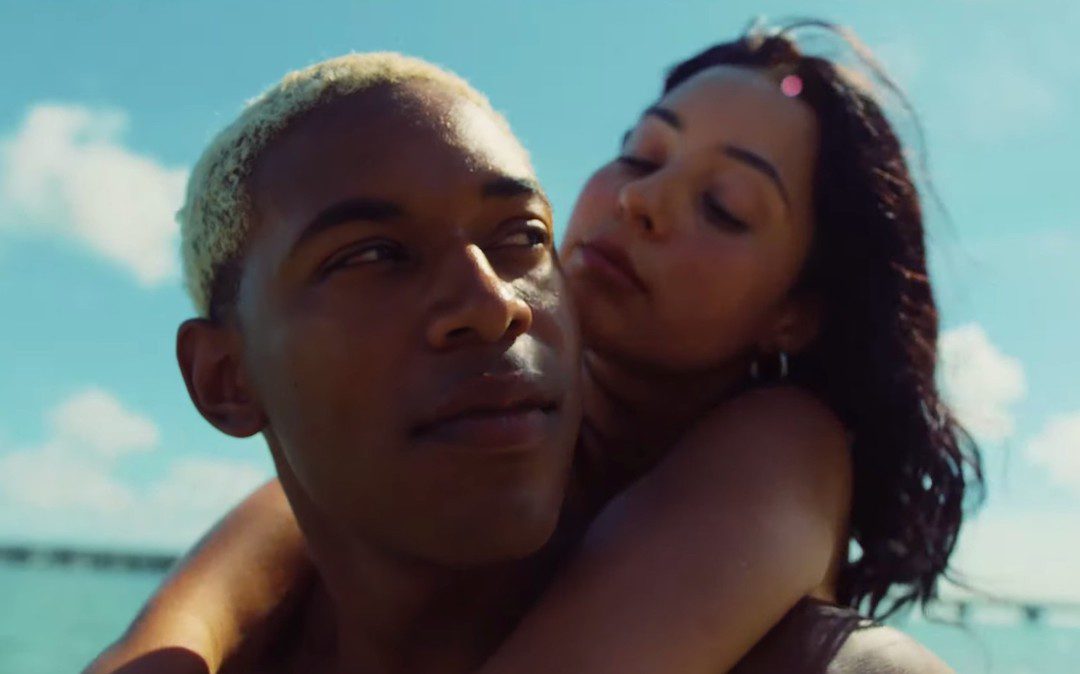 I wasn’t prepared for Trey Edward Shults’ Waves to sweep me up in its current, nor where and when narrative flows would hit their rockiest stretches. One could argue this suburban dissection of a black American family is barbed sharper than Shults’ last film, the thriller It Comes At Night. What a bitter pill that does its best to profoundly encapsulate all the complexities behind what it means to be human. Black eyes, euphoric highs, crushing depressions – in our “cancel culture” times, Waves dares to challenge perceptions of true evil and our urge to vilify at kneejerk speeds. Whether the message sticks, and whether you can push through Shults’ most excruciating depictions, is a matter of personal reaction to tragedies unparalleled.

Kelvin Harrison Jr. stars as teenager Tyler: a hot-shot wrestler, anointed popular jock, and boyfriend to his “goddess” Alexis (Alexa Demie). Father Ronald (Sterling K. Brown) pushes his son both physically during workouts and mentally to ensure the boy understands he’ll always need to work ten times harder for success in today’s society. Sister Emily (Taylor Russell) calms her brother when he stumbles home drunk and sick. Mother Catharine (Renée Elise Goldsberry) does her best to care for children who aren’t biologically connected. This is the story of an all-American household attempting to retain status, achieve individual fulfillment, and cope with the devastating news that Tyler’s shoulder damage could threaten his wrestling career. What is, what’s to come, and where it can all go wrong.

A24 releases Waves this weekend, with Thursday and Friday opening screenings already underway. If you’re looking for three reasons to let Waves wash over you in theaters, I’ve got your playlist all cued up.

Shults’ plotted “waves” come in bursts of color, adding this extra layer of splendor to what’s assertively a beautiful cinematic representation of life. As Tyler gets intoxicated on jealous indignation, red light filtration floods hallways while accompanying background tunes hit more frantic pitches. As Emily shares a burger with her first crush, in need of the distractions of puppy love, lyrics remind us “what a difference a day can make.” Waves recounts pleasure, pain, triumph, and trauma like a greatest hits compilation that always drums a pulsating soulfulness depending on each scene’s intentions. I’d argue Shults does a better job crafting a “music video” experience than converted music video directors themselves jumping to features. His cinematic language is vibrant, evocative, and artfully engaged, which translates into pressure being taken off actors (freeing their creative interpretations). 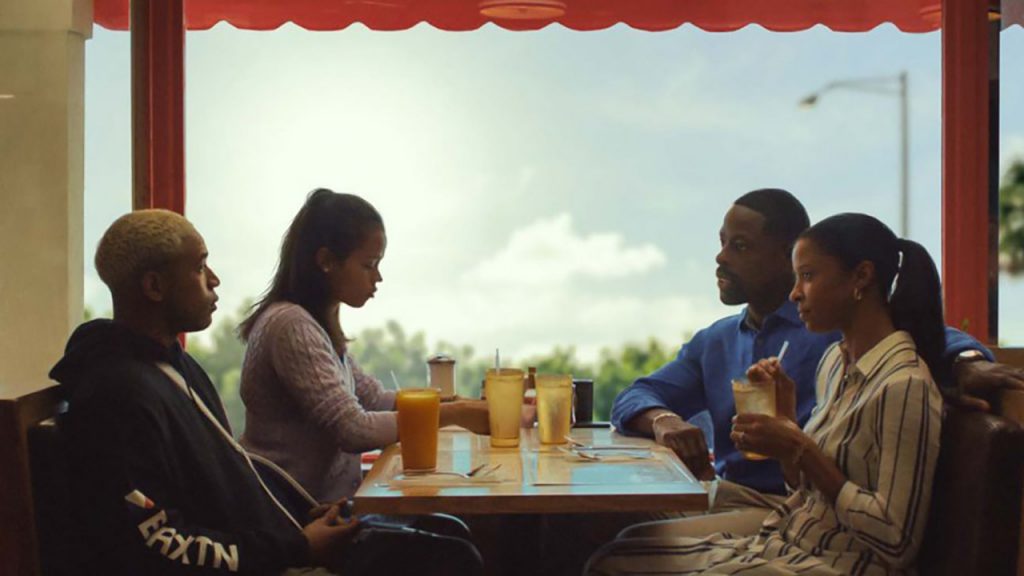 What Trey Edward Shults puts forth will divide audiences and test boundaries. I, myself, won’t say every beat in a succession of hard knocks sells an overall message positioned around life’s incomprehensible greyness. In a world that’s black and white, Waves dares to suggest half the experience of being human is failing. Sometimes miserably, complete with devastating consequences. Sometimes unfathomably. Between Ronald’s toughened parenting to Tyler’s painkiller usage to unspeakable distress, Shults is more interested in finding even the slightest semblance of hope instead of outright chastising. It’s a hard stance, made even harder by the pivot Shults employs.

In staying spoiler-free, this is a story shared by both Tyler and Emily. Halfway through, after climactic throws bring one narrative to a screeching halt, another takes center stage. Some of you will not recover from whiplash and the jarring nature of Shults’ hard-right deviation is difficult to overcome. At over two hours, Waves finds reclamation in a second half with far more prophetic messaging from the heart – but that’s after what’s already a walloping journey all unto itself. Shults’ latter act is filled with manatees and rejuvenating smiles and awkward, romantic fumblings yet seems to always be feeling for footing after Shults shatters his film’s stabilizing floor. It’s hard to comment on the flip being wholly seamless.

3. Actors Leaving It All Out On The Screen

In a cast that includes Sterling K. Brown, Clifton Collins Jr., and Renée Elise Goldsberry, I’m impressed by what Taylor Russell and Lucas Hedges achieve. Kelvin Harrison Jr. plays to his role’s trappings and becomes exactly who Shults needs in Tyler’s “man’s man” skin, but Russell and Hedges are stammering peas in an awkwardly-snug pod. When one hurts, the other leaps into action. When one smiles, the other warms like a charging reactor. Brown’s hardened exterior is a bit more aggressive than his fans might be used to, but his thickened exterior resembles so many emotionally stilted fathers who prepared their kids for the harsh realities ahead – and that’s what makes Waves special. We all know these people struggling out loud.

Waves is a color-coded tale of life’s perilous imperfections, and its cast commits to every powerful blow. Arrogant egotism, sensations of helpless retreat, impartial blinders – how easy it is to become tangled in the vines that hold us down. Shults’ creation has a beating heart that bursts through its chest but runs a daunting length that may lose some viewers. “Heavy” was coined to describe movies like this, weighted by ponderous questions about humankind that might not all get answered but demand we think about them nonetheless. It can sting, yet is propelled by actors like Harrison who thanklessly expose their characters bare and bruised for all to judge. With that knowledge, one should at the very least honor their performances by stepping out of a personal comfort zone and into someone else’s respective world. If only to recalibrate the ways you’ve been taught to think.

Waves is in theaters now. Get tickets here.