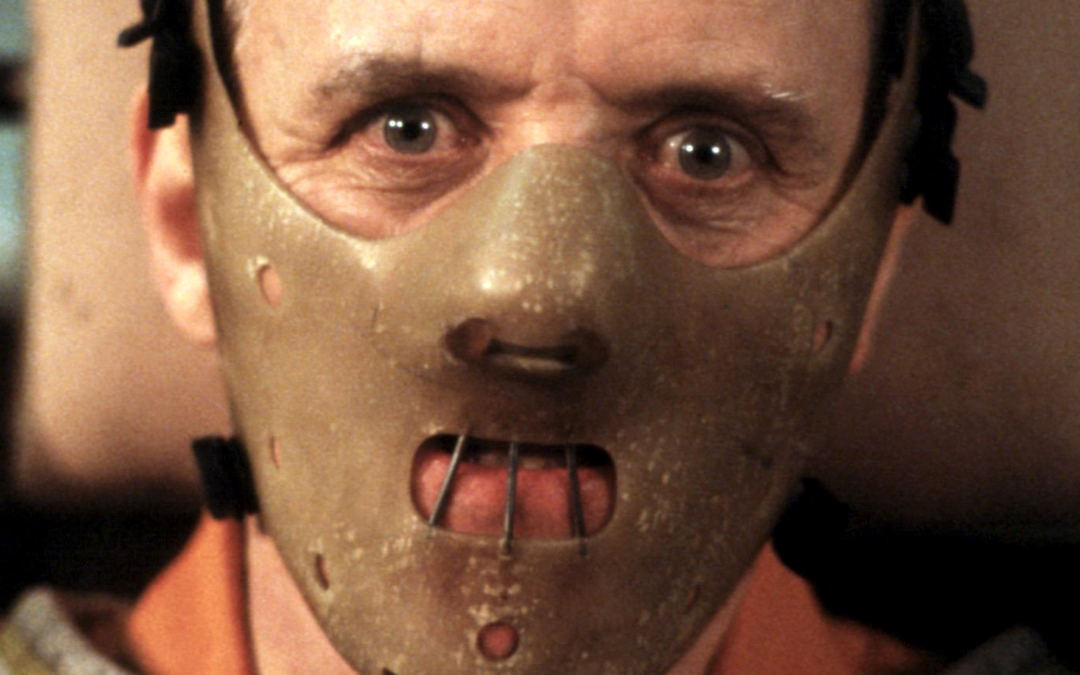 Jonathan Demme’s movie based on the novel by Thomas Harris made a splash at the 64th Academy Awards, nominated for seven categories and winning in each of the Big 5 categories: Best Picture, Demme for Best Director, Anthony Hopkins for Best Actor, Jodie Foster for Best Actress and writer Ted Tally for Best Adapted Screenplay (then called Best Writing, Screenplay Based on Material Previously Produced or Published). Weirdly enough, it was nominated for the same five categories with Foster being the only one to win for Best Actress.

In March of 1930, the Motion Picture Production Code, more popularly known as the Hays Code after creator Will H. Hays, was introduced to the entertainment industry after a string of risqué films and off-camera scandals in the 20s. It was the first attempt at censoring film output, laying down strict guidelines for producers regarding moral standards in movies. It outright banned cursing and blasphemy, white slavery, nudity, illegal drugs and drug use, inferences of “sex perversion” or kink, sexual interracial relationships, childbirth scenes, mocking the clergy and religion, children’s sex organs, willful offense to any race, nation or creed (which seems somewhat pointless considering some of the other items on the list).

Other things were either to be used sparingly or with filmmakers being careful with how they were depicted in films: Arson, the use of the flag, the use of firearms, international relations, brutality and gruesomeness, theft/robbery/safecracking/train robbing, etc., the “technique of committing murder by any method,” methods of smuggling, torture, hangings or electrocution as capital punishment, sympathy for criminals, the attitude toward public figures and institutions, sedition, cruelty to children or animals, branding of people or animals, the sale of women or a woman prostituting herself, rape or attempted rape, scenes of sexual consummation the first night after marriage, a man and woman in bed together, deliberate seduction of girls, the institution of marriage, surgical operations, the use of legal drugs, scenes involving law enforcement and its officers and “excessive or lustful kissing,” particularly when one of the characters kissing is considered the “heavy” (that is, the film’s antagonist).

The Code was strictly followed for the next 38 years until the late 60s when enforcement became impossible and the MPAA began working on its ratings system that would supplant the Motion Picture Production Code entirely.

The Scottish actor was born in Perth, Scotland and trained at a number of acting schools before breaking big on screen. Today, he’s one of our most versatile actors, best known for his role of Obi-Wan Kenobi in the Star Wars prequels along with Trainspotting, Moulin Rouge, Velvet Goldmine, Black Hawk Down, Big Fish, TV series Fargo, Doctor Sleep, and the upcoming Obi-Wan Kenobi series.

25 years ago on this day, the classic comedy with David Spade and the late Chris Farley was released. Thanks to Farley’s frenetic turn as the titular character and his chemistry with longtime friend, Spade, Tommy Boy instantly became one of the most quotable movies to come out of the 90s and is today considered a cult classic. 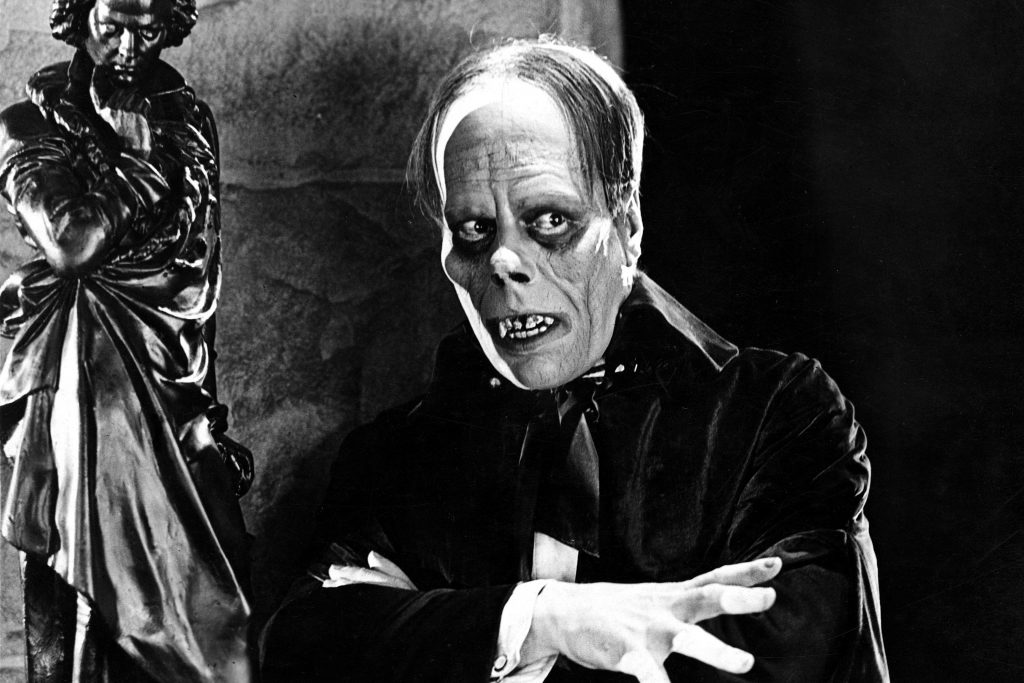 Leonidas “Lon” Chaney was born in Colorado Springs, Colorado. The actor was known as “The Man of 1,000 Faces” thanks to his early pioneering work in the areas of makeup and practical effects and became America’s most famous character actor of the Golden Age. He was known for playing grotesque and tortured roles, playing some of the most famous characters in the silent era of Hollywood including starring in The Phantom of the Opera, The Hunchback of Notre Dame, He Who Gets Slapped and The Unknown. Legendary actress Joan Crawford said that working with and observing him on the latter film taught her more about acting than anyone else had in her entire career. His final film role was, fittingly, his only “talkie,” a remake of his silent film The Unholy Three. It turned out his powerful voice was as versatile as his face with Chaney voicing five key roles in the film: the ventriloquist, the ventriloquist’s dummy, the old woman, the girl and a parrot.

WQED went on air as the first community-supported television station in the nation’s history. Since its inception, it has won 166 National and Mid-Atlantic Emmy Awards, an Academy Award, and multiple Peabody Awards, among others. It’s still community-supported thanks in large part to the activism of its most famous face: Fred Rogers. The creator and star of Mister Rogers’ Neighborhood, the entertainer and Presbyterian minister was a fierce advocate for children’s programming. In 1969, the notoriously shy and modest Rogers gave an impassioned testimony in front of the U.S. Senate to defend public television from budget cuts. Since then, his speech has been so referenced and widely circulated that it popped up once more in 2012 in response to then-presidential candidate Mitt Romney’s suggestion of budget cuts and yet again in 2017 when President Trump suggested defunding arts-related government programs including PBS and the National Endowment for the Arts.

Built by Thomas William Tally, it was the first full-time movie theater in the United States, opening at the turn of the last century, even before nickelodeon theaters took over. It was also the first movie theater in Los Angeles and the first one in California known to have been built inside a larger building on the ground floor. Tally was also a pioneer in other ways. With business partner James Dixon Williams, he founded First National Pictures. They were the first to show a movie in color in Los Angeles in 1912, and he was the first to sign Hollywood stars Charlie Chaplin and Mary Pickford to movie contracts.

To this day, Kubrick is arguably best known by younger fans for The Shining and maybe A Clockwork Orange. But 2001: A Space Odyssey came before either of those and was just as groundbreaking. The story of mankind setting off on a quest to find its origins with the help of supercomputer H.A.L. 9000 has been referenced and parodied in countless movies and TV shows and is the film that most filmmakers today cite as the one that rewrote the entire concept of science-fiction. Despite Kubrick having been nominated for over a dozen Academy Awards in his career, 2001 is the only film that ever won Kubrick an Oscar, winning for Best Effects, Special Visual Effects.

The second Academy Awards were the first ever to be publicly broadcast on radio for the audience at home to listen to. That year, The Broadway Melody won for Best Picture and Mary Pickford and Warner Baxter won for Best Actress and Best Actor, respectively.

1953 – The first issue of TV Guide is published

The long-running magazine TV Guide published its first issue with the explosion of TVs in American homes. When it was first published, it cost just 15 cents and was sold in only 10 cities. By the 1960s, however, it was the most widely-read magazine in the entire country. The first cover printed featured baby Desi Arnaz, Jr., the son of TV stars Lucille Ball and Desi Arnaz. 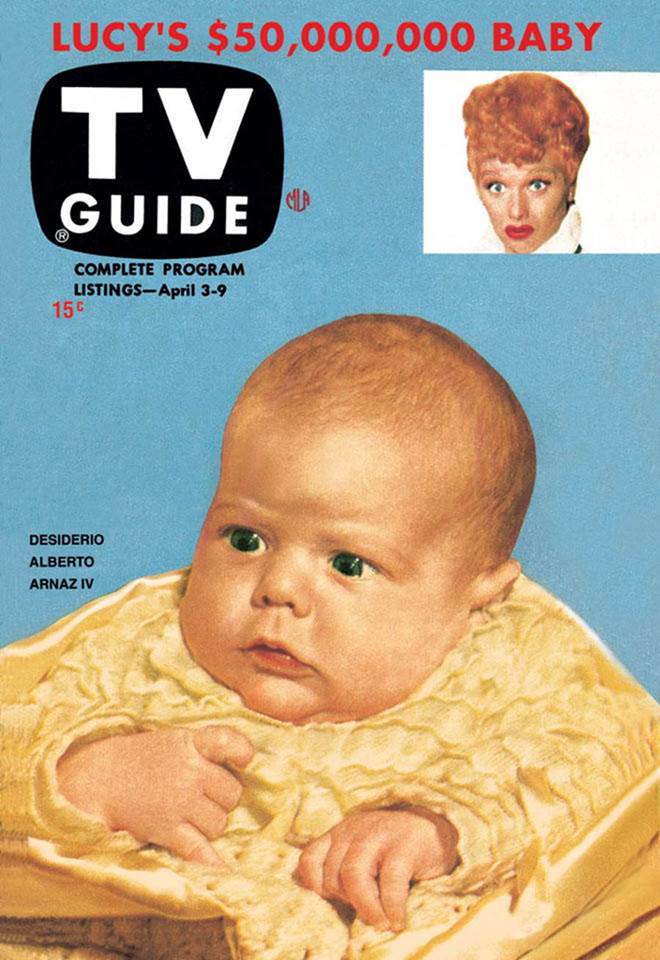 1958 – Cheryl Crane stabs the boyfriend of her mother, actress Lana Turner, to death

Okay, so this story gets crazy. In 1958, then-14-year-old Cheryl Crane stabbed mobster Johnny Stompanato to death in Turner’s Beverly Hills home and claimed self-defense as he had been attacking and abusing her mother at the time. The coroner’s inquest later supported Crane, coming back with a decision of justifiable homicide. Charges were never filed against Crane but she became a ward off the state for a time, being sent to a girls’ school for psychiatric therapy from which she escaped twice.

As for Turner’s relationship with Stompanato, a mobster once known as the right-hand man of Mickey Cohen, it was the stuff Netflix documentaries are made from. By 1957, they were in a relationship after Turner’s split with her fifth husband. From the start, it was a tumultuous and unhealthy relationship. Stompanato’s rage and jealousy issues were well-documented, as was his history of abuse, and the pair fought frequently. He once grew so jealous of future James Bond star Sean Connery when Connery and Turner were working together that Stompanato flew to London and barged onto the set of Another Time, Another Place, threatening Connery with a gun. The story goes that the 6′ 2″ Connery, who was a black belt in karate and former bodybuilder, calmly grabbed Stompanato’s hand and bent it back until he was forced to drop the gun. The police were called and Stompanato was quickly booted from the U.K. and escorted back to the United States. After Stompanato’s death, at least one or two mobsters blamed Connery for it, forcing the Scottish actor to go into hiding for a period of time.)See? Netflix documentary material.

Various years – A number of celebrities are born