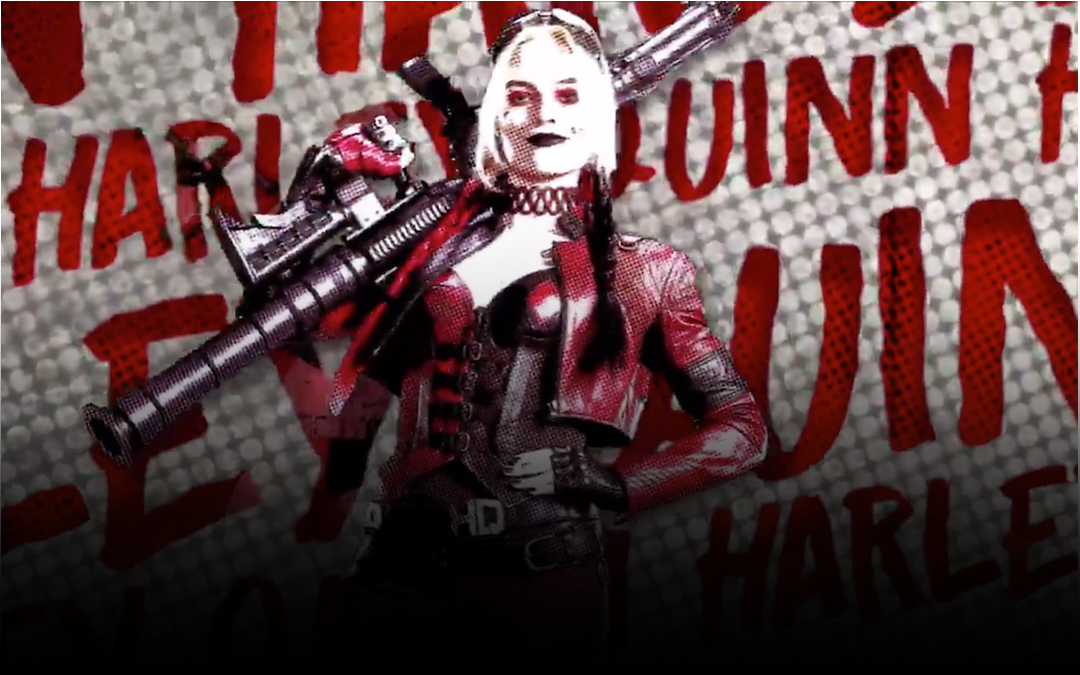 After the Wonder Woman 1984 panel kicking things off for DC FanDome, James Gunn’s The Suicide Squad was the second big movie panel of the day and it delivered.

James Gunn took a break from the editing bay to introduce the panel and field some fan questions. While we know how much he loves the Guardians of the Galaxy movies, he opened it by saying The Suicide Squad is the most fun he’s ever had making a movie.

He talked about getting into comic books. The first comic he ever read was Jon Ostrander’s first run of Suicide Squad from its very first issue. When he was a kid, Gunn loved the movie The Dirty Dozen and he felt like the Suicide Squad, a.k.a. Task Force X, was a supervillain version of that movie. He loved the character of Squad handler Amanda Waller, who was so different for the time, a strong woman but also an antihero and not physically the same as everyone else you saw in comics.

Responding to another fan question, Gunn said the character he was most excited to write was Harley Quinn. He’s loved her since Paul Dini and Bruce Timm put her Batman: The Animated Series. “There’s a chaotic trickster god element to her where she’s always going off in different directions,” he explained. “As a writer, it’s a lot of fun because she always takes you places you don’t realize she’s going to go.”

Gunn then told a story about how he actually met Ostrander, who was on the set. Gunn said he told Ostrander, “I don’t think of this movie so much as an adaptation, I think of this movie as a sequel to your run in the comics books.” His movie has the spirit and lifeblood of the Ostrander books and is a spiritual continuation of that run, but it also introduces new villains and silly, zany characters who were never a part of the Squad in the comics – and one of them was almost Bat-Mite, who Gunn admitted was his favorite Batman villain growing up because he was hilarious.

There’s been quite a bit of speculation about who is playing which characters in the film. It has a giant cast and it seemed like rumors and speculation have been floating around for a year. Gunn shared the official full cast reveal in a fun, comic book style clip.

A big name not revealed in the actual character panels in that video? A Wrinkle in Time‘s Storm Reid, who popped up later in the panel to ask the rest of the cast a question. Gunn confirmed she’s playing Tyla and at that moment, Idris Elba interjected with, “My daughter!” So there you go. Tyla is Bloodsport’s kiddo.

Then they did a trivia competition, with Joel Kinnaman and Viola Davis acting as team captains. Feeling extremely on brand, Pete Davidson got picked last, Margot Robbie crushed the trivia, and Team Viola Davis won.

Since Gunn is in the middle of editing and post, no one in the cast has gotten to see any of the movie yet. Gunn gushed about it, saying it’s amazing so far, and that the studio is “overwhelmingly happy” with it. “The action is great, it’s funny, and really dramatic and touching in the right places,” Gunn said, explaining that the footage is cutting together really fluidly so far. Again, he iterated it was the best cast he’s ever worked with and thanked them all – except for Michael Rooker. Of course.

Former Doctor Who star Peter Capaldi brought it all home on an incredibly sweet note, echoing Gunn’s sentiments that the on-set experience was amazing.”It was so positive, such a warm, supportive place,” Capaldi explained. “Not everyone has been on a superhero movie…so to walk onto a set like that can be quite intimidating, but everyone was so welcoming.”

Then came the moment everyone, including the cast, was waiting for: Gunn introduced not a trailer, but a behind-the-scenes sizzle reel. And it was awesome:

Don’t get me wrong, I was on board with The Suicide Squad from the start solely because I have so much faith in James Gunn. But that sizzle reel? The sets and footage they teased? My word, what a fun, bonkers movie this looks like it’s shaping up to be.

Add The Suicide Squad to Your Watchlist for updates.