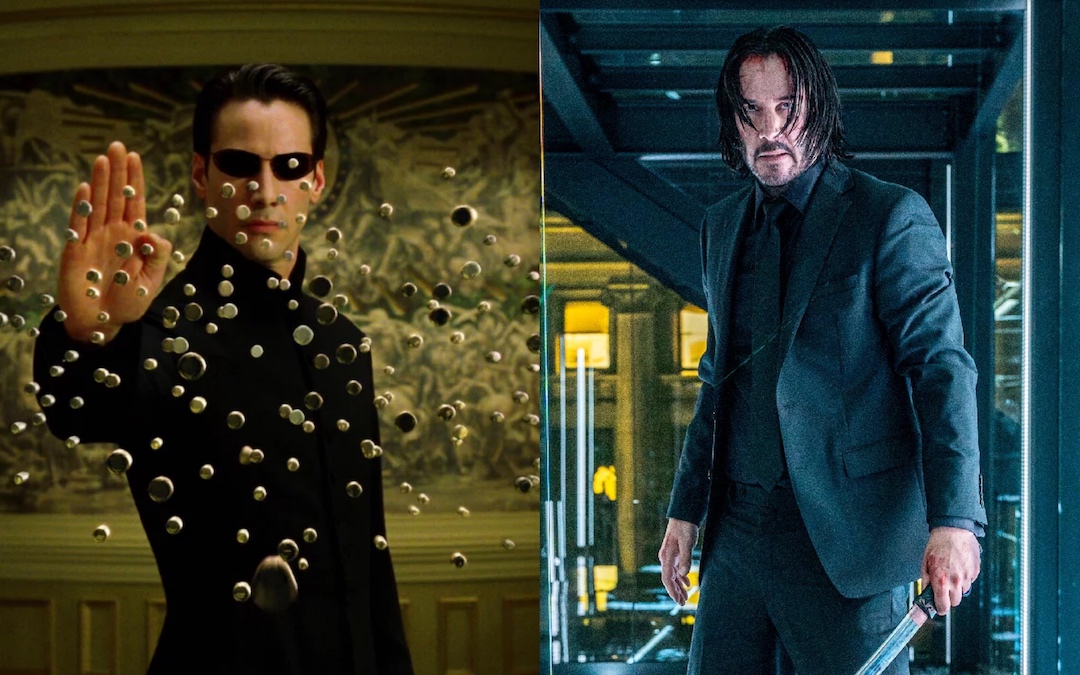 Keanu Vs. Keanu: ‘The Matrix 4’ Gets Release Date Set For Same Day As ‘John Wick 4’

Since the project was announced back in August, things have been moving full steam ahead for The Matrix 4. A number of names have already been added to the cast, most recently Frozen and Mindhunter star Jonathan Groff. So it was reasonable to expect a release to be set sooner rather than later.

Sure enough, Warner Bros. announced the release date this week: May 21, 2021, which…puts it on the same day as John Wick 4‘s release. It’s a Keanu vs. Keanu showdown at the box office.

Having franchise films open on the same day isn’t unheard of – just look at Aquaman and Bumblebee opening against each other last year – but it’s certainly not a common practice, and tends to happen on holiday weeks when audiences have an extra day or two to squeeze in a movie. It’s also rare for an actor to have two films open on the same day. In the last half a century, it’s happened less than 20 times by my count. An actor opening two live-action franchise movies, particularly for franchises of this size, on the same day has never happened before. So it’s fairly certain that at least one of these will have their release dates bumped.

The question is, who blinks first in this game of release date chicken? Could go either way. If we’re talking in basic franchise-against-franchise terms, it will likely be Lionsgate moving John Wick 4. The John Wick franchise has been an enormous hit for them, but it’s still a smaller ROI overall than what would likely be generated by the long-awaited sequel to a monster and game-changing franchise like The Matrix. People will turn out for the fourth movie simply for sheer curiosity.

However, the Matrix franchise has always been an ambitious one, particularly in terms of the post-production technology and CGI required. Advancements in CG have improved in leaps and bounds since The Matrix Reloaded and The Matrix Revolutions all the way back in 2003 – 18 years by the time of release, to be exact – but The Matrix 4 will require far more time in post-production than a John Wick movie. Principal photography is expected to begin early next year, and shooting will take at least two months – not to many any potential reshoots needed, which are almost always needed in tentpole movies of this size. That gives the fourth Matrix movie just over a year for post-production, about the standard length of time for franchise blockbusters.

This is Lana Wachowski we’re talking about, however, and the Wachowskis have an uncompromising vision. What’s more, it’s not outlandish to think Warner Bros. and the Wachowskis might want to take the fourth Matrix movie to a new visual level seeing as how the first movie completely rewrote what was possible with visual effects. Giving Wachowski more time to finish her film to her liking, especially with a script that Reeves himself has said is “very ambitious,” would be a rare occurrence but not completely outside the realm of possibility.

But I present to you a third possibility and it’s one I think the internet can get behind: Hold Bill and Ted Face the Music until May 2021 and have all three Keanu Reeves movies open on the same day. And then declare May 21st John Wick Day, an official national holiday. Because if America can come together and agree on anything, it’s – well, okay, it’s that Baby Yoda must be protected at all costs. But if America can agree on two things, it’s that Keanu Reeves is to be celebrated.