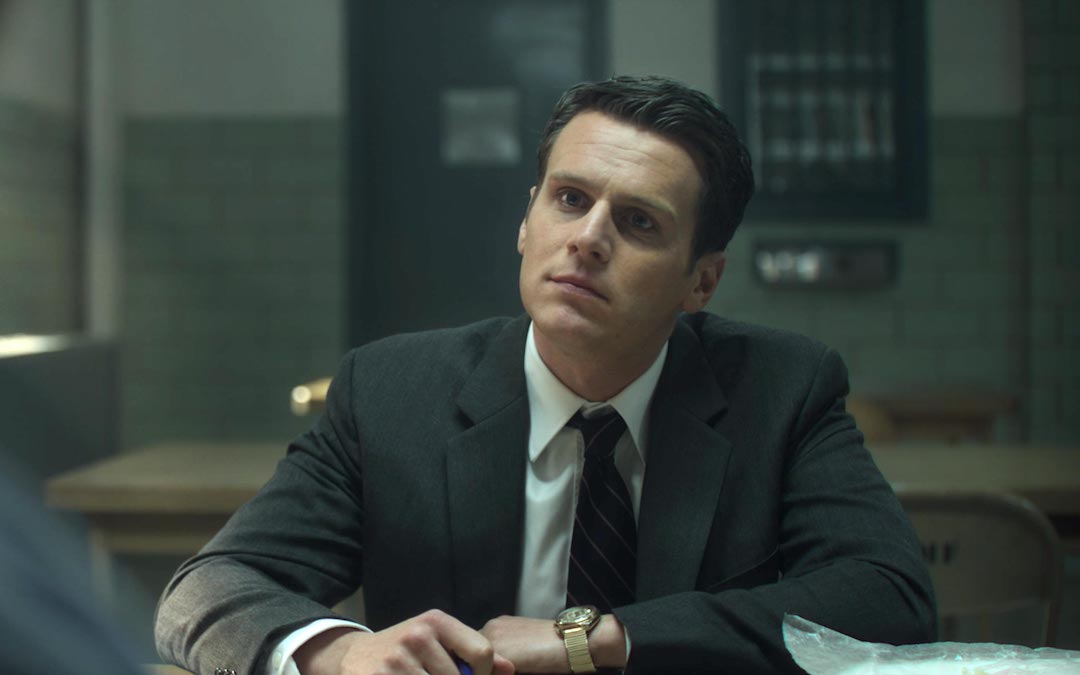 Back in August, it was announced that a fourth Matrix movie is on the way with Keanu Reeves and Carrie-Ann Moss set to reprise their roles as Neo and Trinity, respectively. This time, however, Lana Wachowski will be writing and directing without her sister and filmmaking partner, Lilly Wachowski.

A new and intriguing addition to the cast was recently announced: Collider learned that Frozen franchise star Jonathan Groff will be joining the cast in an unspecified role. With his role as Holden in Mindhunter, typecasting Groff as a buttoned-up Agent Smith type would be the easy call. But if I had a preference, I’d love to see him join Team Neo’s ragged group of freedom fighters or step into a completely different and unexpected sort of role.

Groff has the talent and range to do almost anything. The Broadway star’s breakout role was in musical TV series, Glee, after which he returned to Broadway to play King George III in Hamilton. He earned a Tony nomination for that role. He was then cast as the uptight and brilliant, socially awkward FBI agent Holden Ford, which introduced a whole new audience to Groff and showed his longtime fans a completely different side of his abilities. Of course, most arguably know him from voicing Kristoff in the Frozen franchise, which has given him an opportunity to stretch his pipes and lean into comedic timing – especially in Frozen 2, which gave him a full-on ’80s power ballad to sing.

The cast of Matrix 4 has been coming together rather quickly, if somewhat quietly. Earlier it was announced that Jada Pinkett-Smith would be reprising her role of Niobe. Newcomers to the cast include Neil Patrick Harris, Jessica Henwick (Iron Fist, The Defenders) and Yahya Abdul-Mateen II (Watchmen, Aquaman). At the moment, we don’t know the roles of any of the new cast members.

What’s interesting to note, however, is the physical backgrounds of all the actors cast. Both Groff and Harris are veteran Broadway stars, with musicals requiring energy and stamina that a film set doesn’t. Henwick and Abdul-Mateen II are both experienced in hand-to-hand combat with their previous roles, with Henwick having considerable training in martial arts. There’s no guarantee we’ll see any of them in a fight, but considering the Matrix franchise is an action franchise down to its very DNA, it seems inevitable that at least a few of them will be getting their gun-fu on. For what it’s worth, it’s really great to see they’re taking care to cast actors with deep physicality in their acting.

Wachowski is currently writing the script with Aleksandar Hemon and David Mitchell. The fourth Matrix movie is tentatively set for a release date sometime in 2022, so we can expect news to keep trickling out about the project as cast members continue to be added.