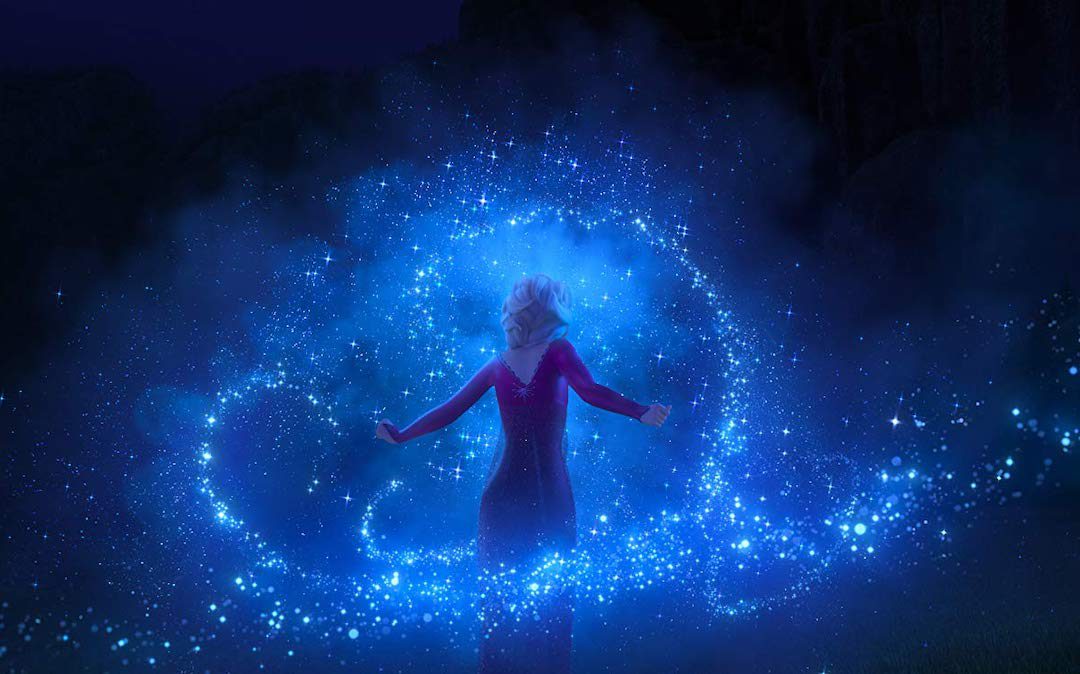 ‘Frozen 2’ Review: Three Reasons To See It In Theaters

In 2013, Frozen hit theaters and became a genuine cultural phenomenon, ushering in a new kind of Disney princess and ensuring that “Let It Go” would be stuck in our heads until roughly 2023.

Six years later and the sequel is finally arriving. It’s darker and more epic than the first movie, diving even deeper into Nordic lore and mythology and sending Elsa (Idina Menzel), Anna (Kristen Bell), Kristoff (Jonathan Groff), Olaf (Josh Gad) and Sven to dangerous and beautiful new places. Elsa is now Queen of Arendelle and content with her life now that she has her found family around her and everything is in its place – or is she? She’s haunted by a voice that only she can hear, an ancient spirit that calls to her. Soon, she accidentally awakens the elemental spirits of the Enchanted Forest and they threaten to tear Arendelle apart unless she and Anna and their friends can discover the source of the spirits’ anger and set the wrongs of the past right.

What’s the source of Elsa’s power? Where does she fit in the world? What happened to their parents? And will Anna and Kristoff ever get married? The sequel provides plenty of answers to questions fans have been asking over the years. But is it a worthy sequel? Does it live up to its predecessor? Is there a song that will get stuck in your head just as firmly as “Let It Go?” (Answer: Definitely, yes.)

Here are three reasons to see Frozen 2 when it hits theaters.

The first Frozen introduced Anna and Elsa, two new Disney princesses who, at least in Elsa’s case, defied the norm. A princess with powers, one who was neither particularly interested in nor had time for a romantic relationship. Two princesses who were not only children like so many princesses that had come before but who had each other, both equally strong in different ways.

The sequel doubles down on this idea of upending tropes. Elsa and Anna both are true role models in Frozen 2, each of them growing in enormous ways when faced with the most daunting challenges of their young lives. Anna’s challenge is not being so codependent and learning to thrive on her own. For Elsa, her challenge is making her peace with who she is, no matter what she discovers. Each approaches what faces them in accordance with their personalities, Anna wanting to do it together to keep her sister safe and Elsa wanting to go it alone in order to keep everyone else safe. Regardless, they tackle their challenges head-on with bravery, compassion, and integrity. At various points in the movie, Elsa and Anna each make the hard choice to do “the next right thing.” While they certainly get help from Kristoff and Sven and Olaf, the movie belongs to the sisters. As they explore their relationship with each other and their independent lives, both Anna and Elsa grow into their confidence. As role models go, you could do worse than your kids looking up to the rulers of Arendelle.

2. Everyone Has A Full Solo Song This Time Around 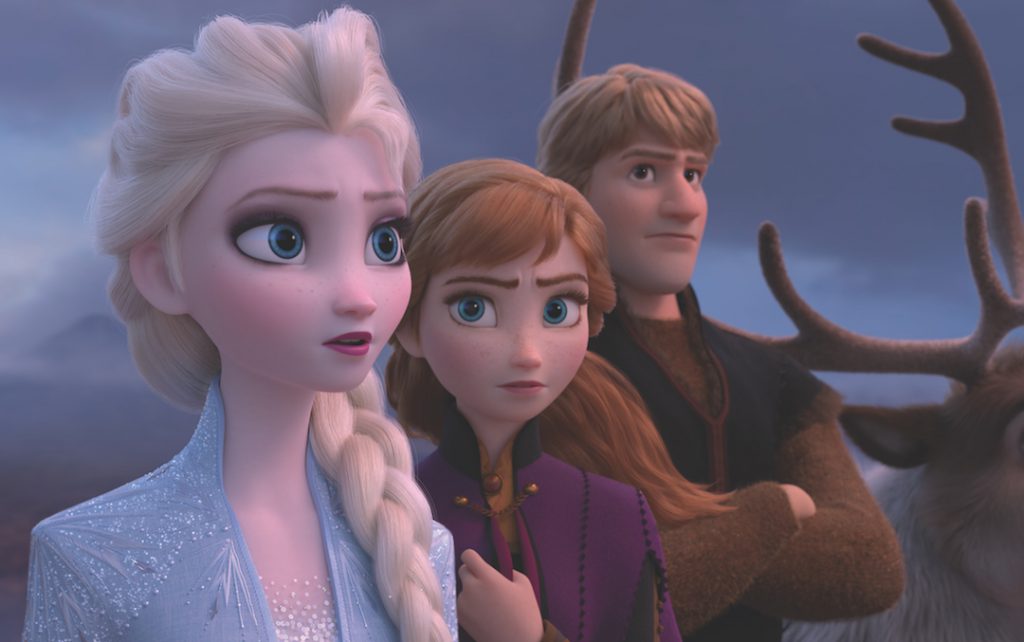 Elsa, Anna, and Kristoff look out over a fjord in ‘Frozen 2’ (Credit: Disney/Pixar)

In the first Frozen, every character got at least a bit of singing time, but the lion’s share went to Anna and Elsa. Kristen Bell and Idina Menzel are incredible vocal talents, but Broadway star Jonathan Groff’s pipes were severely underutilized with him only getting a few lines to sing in the whole movie. Same for Josh Gad, with Olaf’s solo song clocking in at under two minutes.

Frozen 2 remedies this, with each main character getting at least one major, full-length solo – even Evan Rachel Wood, who has a supporting role as the girls’ late mother, gets the chance to sing twice, once on her own and once later in the movie. The songs are infectious and diverse. Sure, there is another earworm power ballad belted out by Elsa as expected, but the soundtrack is more varied this time, with more consistency in quality. Olaf gets a little ditty about everything making sense when he gets older. Anna gets an intimate, mostly acoustic ballad. And Kristoff goes full Groffsauce (look it up, non-theater nerds) with a full-on ’80s power ballad that is as hilariously, intentionally corny as anything you can envision. It’s all wildly different, but each song is memorable and worthy of singing well after leaving the theater. Parents, consider yourselves warned.

3. It Is Stunningly Beautiful

I’ll say it now: Frozen 2 might actually be the most gorgeous movie Disney has ever made. Maleficent: Mistress of Evil was certainly beautiful in its own way, but it was the beauty of live-action CGI and pure fantasy. Magic abounds in Frozen 2, but so does natural wonder. In pre-development, the team traveled to Scandinavia to study the landscapes, hitting up Norway and Iceland and other locations. All of what they saw and recorded was put into the design of the movie. The result is that it is an eye-popping display of nature’s stunning beauty, which seems counterintuitive considering it’s a movie that’s entirely animated, but the natural realism of the design grounds it in the world while the magic of it colors its edges with wonder. Co-production designer Lisa Keene and David Womersley, the art director of environments, and their team outdid themselves in attention to detail. Every leaf (literally every leaf) is lovingly rendered, every mountain crag dusted with snow, every stone in Arendelle’s buildings placed precisely so.

The color palette of this one is autumnal, with the jeweled tones to match. The first movie was all cool, glittering blues and greens and purples, as is fitting of its winter setting. Frozen 2 is a kaleidoscope of vibrant crimsons, warm golds and burnt oranges, deep plums and blues. Everywhere you look, there is a depth and richness to the color that dazzles, a throwback to the days of traditional 2D animation where every backdrop was hand-painted and meticulously layered.

Frozen 2 is gorgeous, heartfelt and emotionally moving, with songs that will keep you singing. It just might be the best sequel Disney has ever made. It’s in theaters on November 22nd. Get your tickets here.