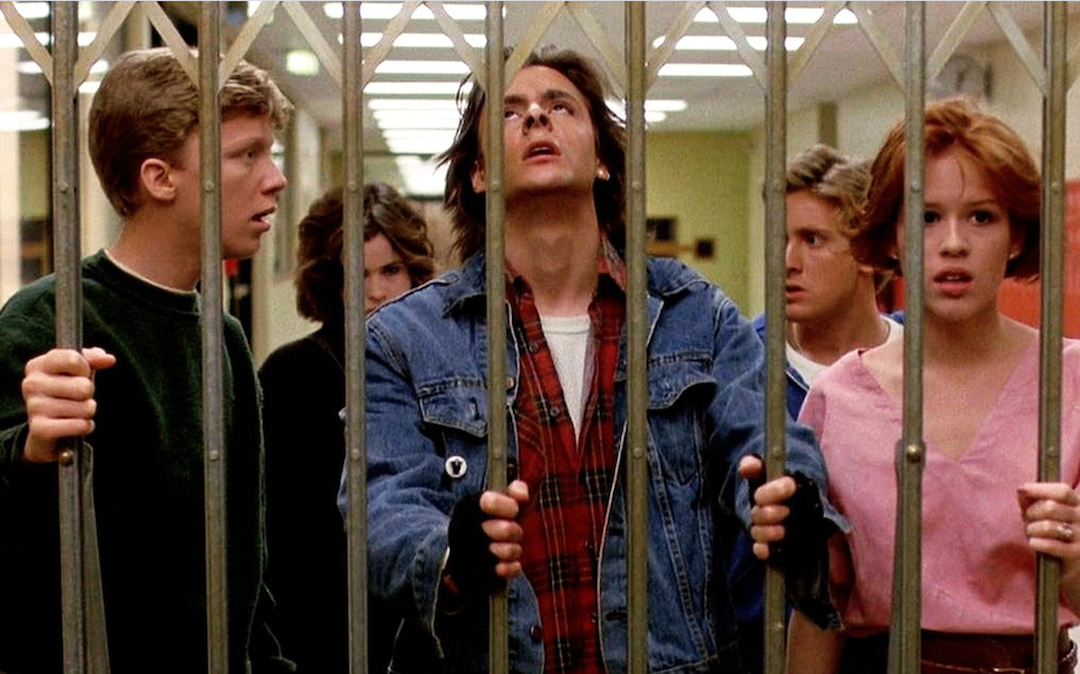 Who We’d Cast If ‘The Breakfast Club’ Were Made Today

When The Breakfast Club was released in 1985, it was, unlike many ’80s cult movies, an immediate success. Grossing $51.5 million on a minuscule $1 million budget, it received mostly positive reviews from critics across the U.S. In the decades since its release, its legacy has only grown, considered the quintessential ’80s movie and possibly the best of that decade.

Now, you can see it in theaters again courtesy of Fathom Events. In celebration of The Breakfast Club‘s 35th anniversary, the special movie event distributor is screening The Breakfast Club three nights this month:

The casting of the original movie was spot-on, with members of The Brat Pack each bringing something unique to their roles and elevating a simple story into something more. As arguably the greatest high school movie ever, we wondered what it might look like if it were made today. Would it still hold up? And, most importantly, who would we cast?

So we decided to do our own fancasting for a fictional 2020 remake of The Breakfast Club. All the actors in the original film (minus Paul Gleason, of course) were in their teens or early 20s, so that’s what we’ll stick with – no late-20s actors pretending to be 17-year-olds here.

Andrew Clark a.k.a. The Athlete

In 1985, Emilio Estevez nailed the character of the driven, meathead jock who bullies others because he himself is being bullied at home. In 2020, the role needs an actor with a big personality who can play someone with a good heart buried under being an a-hole. Caleb McLaughlin would be a perfect choice for this role. His breakout turn as Lucas Sinclair in Stranger Things shows McLaughlin has the exact range needed. Lucas is often a jerk, though, in his defense, it’s not always that he means to be, he’s just kind of…clueless. But we’ve seen he can tap into a seriousness and emotional depth when he needs to, as well. Plus, if the fictional remake writers decide to incorporate more comedic moments than the original, we know McLaughlin is game.

Claire Standish a.k.a. The Princess

As Claire, ’80s teen queen Molly Ringwald was the perfect princess tired of being perfect. A prissy prude who longed to rebel a little against her pristine image but didn’t quite dare – yet. Who better to step into those shoes than Kiernan Shipka? Shipka may be 20 now, but she’s played a teenager in The Chilling Adventures of Sabrina and her baby face makes her look younger. As Sabrina, Shipka showed extraordinary range. Sabrina started out as a slightly naive, good-hearted kid and transformed into something more like a manipulative mean girl the further she leaned into Sabrina’s dark side and witchy witch powers. Claire has a hidden warmth under her uptight, reserved outer shell. Shipka would absolutely nail that character tightrope.

Brian Johnson a.k.a The Brain

Between The Breakfast Club, Weird Science and Sixteen Candles, Anthony Michael Hall defined the quintessential ’80s teen nerd. Whoever plays Brian in 2020 must be a little awkward, a little shy, and extremely bright. He also needs to be a motormouth, not because he’s confident, but because he’s always anxious and talks too much when he’s nervous. That’s why we’re picking Jack Dylan Grazer. Finn Wolfhard might be the most well-known motormouth of young actors, but the role requires an actor who exudes an innate kind of sweetness and naiveté, which is why we’re going with Grazer. Between the IT movies and Shazam!, Grazer has shown himself a fast-talking powerhouse of comedic delivery, but one who delivers it all with an earnest openness that makes him perfect to play Brian.

Allison Reynolds a.k.a. The Basket Case

Of all the characters in The Breakfast Club, Ally Sheedy’s Allison might be the most fun. She’s just so weird, completely strange, a compulsive liar who makes up outlandish stories just because. Her look in the movie could be best described as “feral goth” – she might laugh or she might stab you out of nowhere. So we’re picking Dafne Keen for the remake. Between Logan and His Dark Materials, Keen’s characters have exhibited the slightly dark, slightly wild and feral vibe that the unpredictable Allison embraces as a defense mechanism. While fun, Allison’s character was easily the most underwritten in the original movie, but Keen could bring so much depth to a fictional rewrite if Allison were given a little more to work with.

John Bender a.k.a. The Criminal

Oh, Bender. The wild card. The rebel. The future convict. Judd Nelson perfectly captured Bender’s dislike of authority and completely detached, insouciant air. But beneath the disinterested facade of a teenager who didn’t care about anything was an intelligent, sensitive guy. Enter Tony Revolori. At 24, he’s older than anyone on the list, but that works – in the original movie Bender always seemed a little older than anyone else, possibly because he was held back a grade or two or perhaps because his abusive home life forced him to grow up faster. As a reimagined version of Flash Thompson the MCU’s Spider-Man franchise, Revolori is a hilarious, grade-A jerk. We’d love to see what he could do if he kept the attitude but were allowed to tap into a more well-rounded, sympathetic character.

Principal Vernon served as the authority figure the teens all rallied around hating. He was a slightly ridiculous figure at times; the ’80s tended to caricature high school principals as authoritarian megalomaniacs obsessed with order at all costs. But he could also be incredibly intimidating. You knew he meant business. Naturally, we have to go with Alan Tudyk for this. The beloved character actor made his career playing quirky, goofy characters with a range of funny voices, but as his career has progressed, Tudyk has started to embrace more dramatic and layered roles. And if you’ve seen his turn as Mr. Priest in Dirk Gently’s Holistic Agency, you know he can be menacing. He’s the perfect actor who can walk the fine line between Principal Vernon’s absurd self-importance and being a genuine hardass.

Damn. I’m normally indifferent to remakes, but now I kind of want to see this.