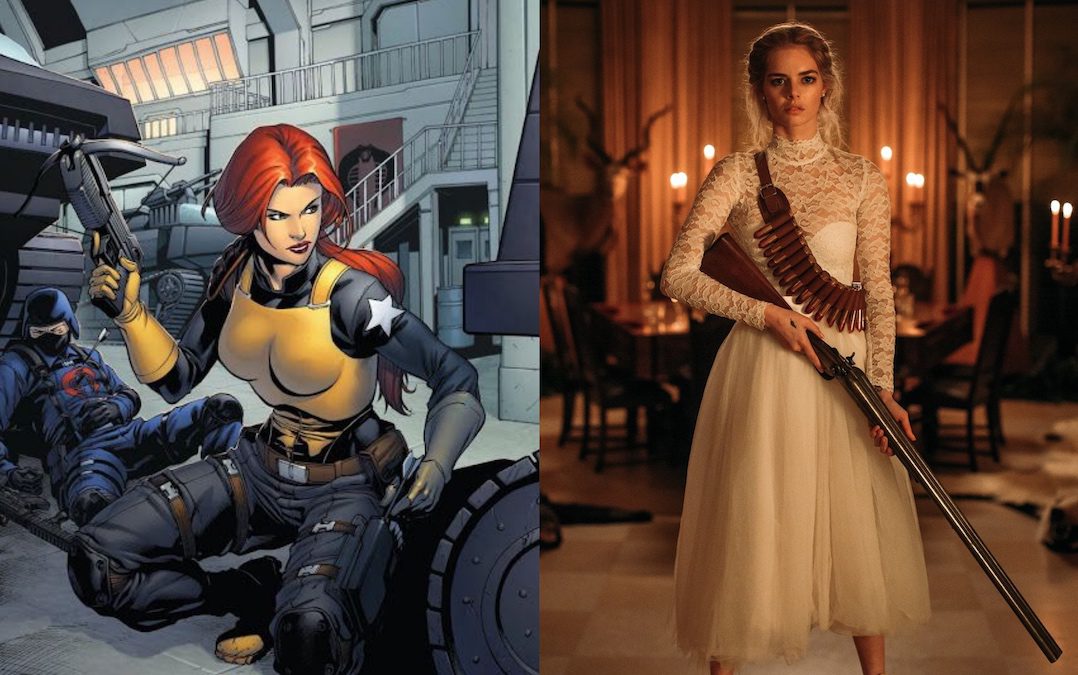 It’s been a heck of a year for Samara Weaving. First, she got crazy amounts of buzz for slaying – literally and figuratively – in Fox Searchlight’s sleeper hit Ready or Not. With that, the upcoming Guns Akimbo, and, previously, Netflix’s The Babysitter, plenty of people have been waiting for her to break out in a big way – myself included, as you can read in my Ready or Not review.

This latest bit of news might be pointing at exactly that for the quickly-rising star. Variety has reported that she is officially joining G.I. Joe spinoff Snake Eyes. What’s more, she’s set for a major role in Scarlett, Snake Eyes’ on-again/off-again romantic partner and the first and only female team member of the original lineup. She’ll star opposite Henry Golding, who was cast a few months ago in the titular role as Snake Eyes.

But make no mistake, Scarlett isn’t just a two-dimensional love interest or a G.I. Joe diversity hire. She can more than hold her own as the team’s counterintelligence specialist – think of her as the Black Widow of G.I. Joe, with the red hair to match. Her personal motto?: “Beauty may be skin deep, but lethal is to the bone.” And lethal, she is. Scarlett (born Shana M. O’Hara) went to law school and passed the bar exam before switching to the military and completing both Advanced Infantry training as a Marine and Army Ranger training. On top of that, she received training in sniper school, covert ops, and special air service. She’s a master of tae kwon do as well as a gifted acrobat and is skilled with a range of weapons with her favorites being her trusty crossbow.

All of Samara Weaving’s roles to date have required a high level of physicality. The Babysitter and Ready or Not were horror movies, but she still had to slay. Guns Akimbo is a straight-up action flick with Weaving excelling as a ruthless assassin. To anyone who has yet to see any of these movies, fear not. Weaving is more than up for the physical role in Snake Eyes. All due respect to Rachel Nichols, who played Scarlett in the previous two G.I. Joe movies, but Weaving is an immediate upgrade to any movie she joins. I, for one, am really looking to seeing what she brings to the role.

No exact release date yet for Snake Eyes, but it will supposedly be released sometime in 2020. We’ll keep you updated.