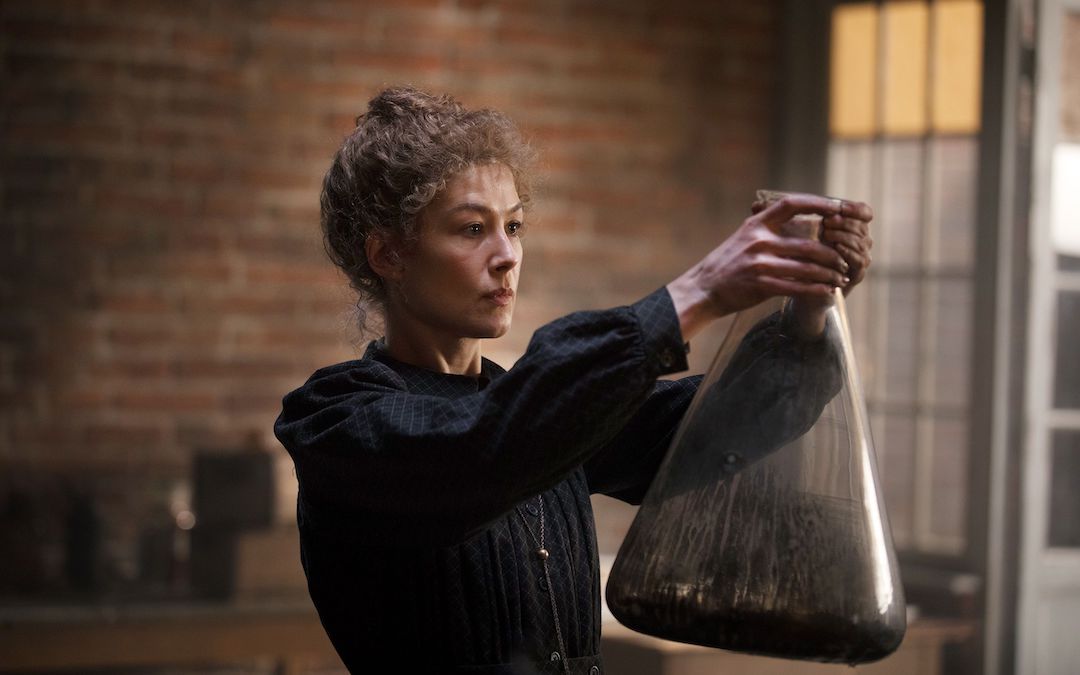 I’m always one to appreciate a bold swing for the fences from a filmmaker. When a director takes a non-traditional approach to a traditional genre, it’s something to admire. And director Marjane Satrapi certainly does exactly that with biopic Radioactive. Satrapi attempts to flip the standard biopic formula on its head in telling the story of scientist and researcher Marie Curie.

As sometimes happens with bold swings, however, Satrapi’s vision never quite comes together. Rather than a sharp, inventive take on the biopic genre, Radioactive is a serviceable but muddled finished product of halting momentum and murky intent that ends with a whimper rather than a bang.

The story follows a young Marie Skłodowska (Rosamund Pike) early in her career when she’s a research student desperate to be taken seriously by her older male peers. When she’s kicked out of her laboratory space by a tenured professor for arguing with him yet again, she’s suddenly without a place to conduct her experiments. Saving the day (but not, as Marie insists, saving her as she doesn’t need saving, thank you very much) is Pierre Curie (Sam Riley), who takes an interest in Marie’s experiments and offers her space in his laboratory. As the two bond over their shared fascination with science, genuine love and mutual respect grow between them and they’re soon inseparable, eventually marrying.

Pike is, as always, superb in the role, playing Marie with a prickly, awkward defensiveness, armor for a brilliant woman in a world of men at a time in which women weren’t allowed to be brilliant. Riley doesn’t have as much to do, but he is a steadying presence in the movie as the calm, progressive Pierre who is attracted to Marie precisely because she’s brilliant. Theirs is an unconventional relationship for the time, a wife-and-husband team where the woman is the intellectual superior of the two, and Pierre is content with this knowing what his own considerable intelligence brings to their scientific partnership.

But this is Pike’s movie through and through; as in life, Pierre is a supporting role for Marie. It’s a testament to how magnetic Pike is on screen that her performance almost holds the entire movie together – almost.

Not even Pike’s excellent, always frustrated, bitter performance can keep the movie from being tonally tumultuous. The Curies’ relationship is rushed through in order to get to the part of their story that clearly interests Satrapi most: their pioneering research into then-unknown radioactivity and discovery of elements radium and polonium and how it changed the world.

This impact on the world is told in intercut scenes set at various points in the future of various people being directly impacted by their discovery of radiation. It’s an interesting endeavor, but there is no framework or context for these jumps, and they have no narrative connection to the main story being told about Marie and Pierre. These scenes are often jarring, your brain scrambling for a second to determine if it’s another flash-forward or a new storyline in the main narrative.

The tone also takes a surprisingly bleak turn. I must give Satrapi and writer Jack Thorne, who adapted the screenplay from Lauren Redniss’ biography of Marie Curie, credit for not painting the Curies’ discovery as an unmitigated positive for the world. But at times, Radioactive plays less like a biography and more as a moralizing, cautionary tale. Scientific discoveries meant for the good of the world often do have unintended negative consequences, it’s true. But Radioactive seems preoccupied with hammering this point home with the interspersed scenes of the future. The atomic bomb features heavily, and even the life-saving cancer treatment of radiation is portrayed as an excruciating lesser of two evils.

This isn’t, Radioactive argues, just Satrapi’s view. Marie herself is embittered. Questioning their discoveries, the dawning horrible realization that people get sick from the radium they discovered, that is poisons the body over time, sick herself and dealing with brutal mob anger of those whose loved ones have died from radiation poisoning. At one point, she tells her daughter she’s rarely been happy and science has brought her nothing but pain. It might have been an interesting angle; biopics and portrayals of scientists focus so much on the discoveries that they rarely explore the aftermath of discovery. But Radioactive leans hard into the nihilistic tone helped by cinematographer Anthony Dod Mantle’s cool, desaturated palette. And while this isn’t a bad thing in and of itself, it’s at startling odds with the hopeful first act and the thrill of discovery in the second. The result is that what’s meant to be thought-provoking simply winds up being depressing.

The final, central question of the movie: Was it all worth it?

For Marie herself, Radioactive seems to say emphatically no. For you as a potential viewer, I’d say it’s worth giving it a shot – but adjust your expectations accordingly. 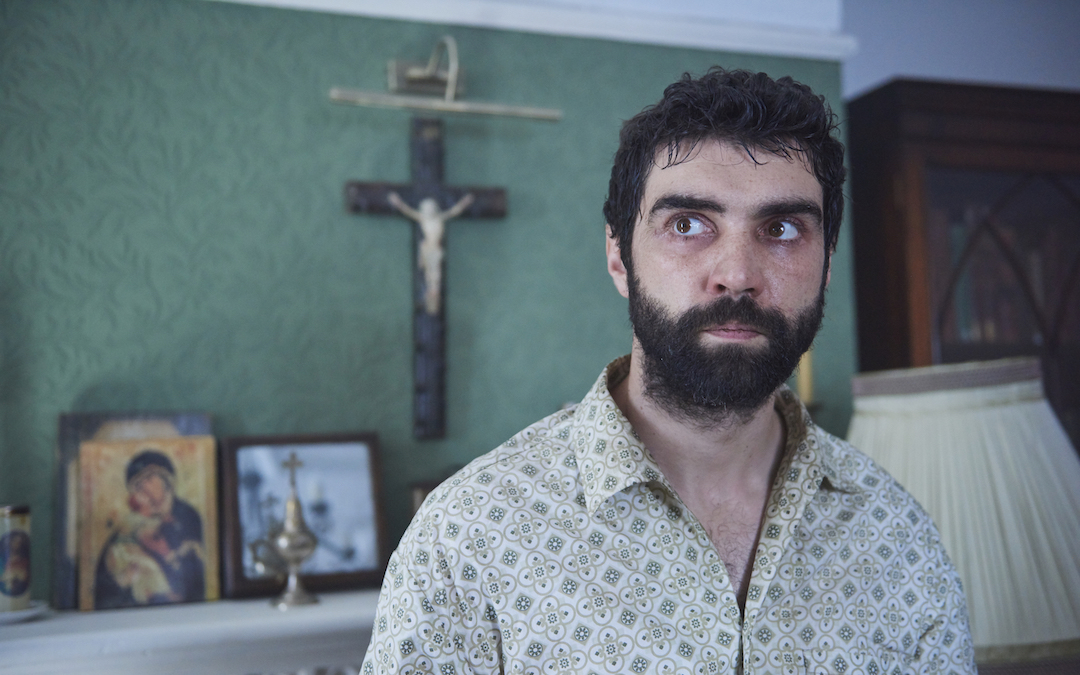 There’s a particular kind of joy in seeing a debut from a first-time feature filmmaker and it being excellent. A layer of intrigue is added...

I’m always one to appreciate a bold swing for the fences from a filmmaker. When a director takes a non-traditional approach to a...