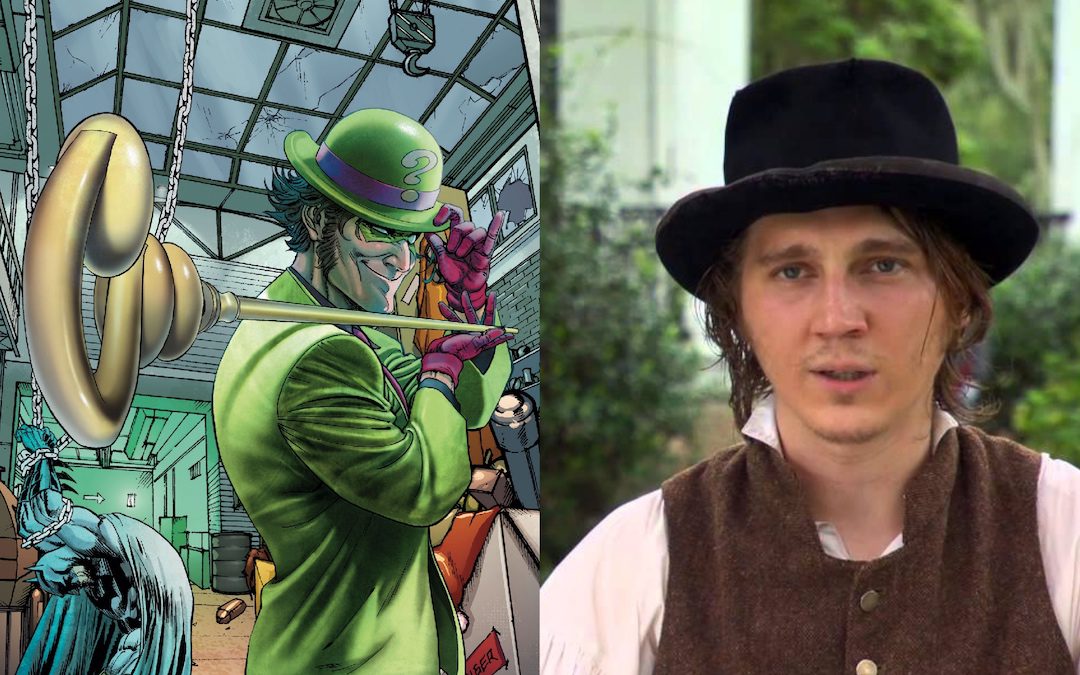 ‘The Batman’ Has Cast Paul Dano As Gotham Villain The Riddler

A few days ago, news broke that Zoë Kravitz had nabbed the role of Catwoman in Matt Reeves’ upcoming The Batman. I mentioned in that article that we’d likely get a flood of casting news, considering the movie is reportedly going to focus on a number of Gotham’s villains.

As expected, news has been dropping all week – first Kravitz, then yesterday’s news that Jonah Hill was no longer in talks to join the film. Today comes news from THR that the project has officially added one more baddie to Batman’s rogue’s gallery roster: Paul Dano has been cast as The Riddler. It’s not clear whether or not Dano replaced Hill as Riddler or if the role Hill walked away from was Penguin, as many fans have long suspected.

According to the report, Dano’s version of Riddler will aim a little old-school with the role, going by his original name of Edward Nashton (later in the comics, his name changed to Edward Nygma, the alter ego by which most fans know him). Created by Bill Finger and Dick Sprang in 1948, Edward Nygma, a.k.a. E. Nigma, a.k.a. Riddler, he is one of Batman’s longest-running villains. More than other baddies Batman faces, Riddler leans into messing with Bruce Wayne’s reputation as the World’s Greatest Detective. He enjoys the battle of wits, leaving riddles and complex puzzles for Batman to find. Think of him as the Moriarty to Batman’s Sherlock. There was even a time in the comics after he emerged from a year-long coma in which he stopped being a criminal and used his formidable intellect to solve crimes rather than cause them (and then back to villainy after another traumatic brain injury rekindles his psychosis, which is not how it works, but hey, comics). The character was most recently played in live-action by Jim Carrey in 1995’s Batman Forever.

So far, Matt Reeves has snagged two actors who have typically shied away from tentpoles and franchise movies. First Robert Pattinson, who has stuck to indies and weirder projects since backing far away from the limelight after Twilight, and now Dano. Dano recently got an Emmy nomination for his role in Escape at Dannemora. Whatever script Reeves is pitching them on must be a fascinating one.