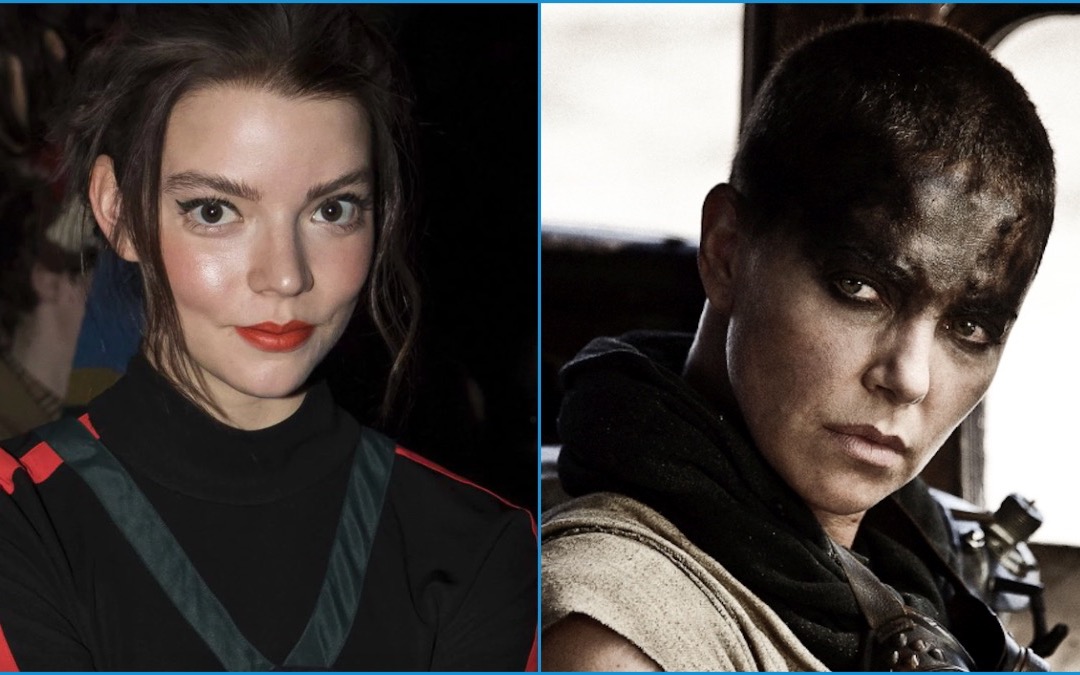 After being in development for some time, Warner Bros. has officially greenlit Mad Max: Fury Road spinoff Furiosa and cast Anya Taylor-Joy (Split, Peaky Blinders, Emma.) in the lead as a younger Furiosa. The project was confirmed by Deadline.

Director George Miller has said in previous interviews that Furiosa had a deep backstory and this prequel will cover it, exploring the origins of Furiosa and what happened to her before she teamed up with Max Rockatansky in Fury Road. Whether it will cover Furiosa’s time as a war captain in Immortan Joe’s army or follow earlier events in her life is unclear, but Miller has been keen to tell her story for a long time, practically since Fury Road came out five years ago in 2015. Miller will write, direct, and also produce alongside his longtime producing partner Doug Mitchell.

Furiosa is even further along in development than we realized. Not only has Taylor-Joy been confirmed, it was also revealed that Chris Hemsworth (Thor: Ragnarok, Avengers: Endgame) and Yahya Abdul-Mateen II (Watchmen, Aquaman) have also been cast in main roles, though details about their characters weren’t given.

As with all the Mad Max movies, Miller’s creative team will be comprised of a number of his longtime collaborators. He’s co-writing the script with Fury Road co-writer Nico Lathouris and is bringing back much of his team from that movie. That team includes four who won Oscars for Fury Road: Makeup designer Lesley Vanderwalt, production designer Colin Gibson, editor Margaret Sixel and sound mixer Ben Osmo. It also includes Miller’s first assistant director PJ Voeten and stunt coordinator Guy Norris, who also runs the second unit as director.

Taylor-Joy, Hemsworth, and Abdul-Mateen II all have incredibly busy schedules. Taylor-Joy recently wrapped up filming Edgar Wright’s Last Night in Soho and headed right into filming Robert Eggers’ The Northman, a Viking revenge saga set in the 10th century. Taylor-Joy’s TV series The Queen’s Gambit, based on the book by Walter Tevis, is also in pre-production. After multiple MCU movies, Hemsworth could be resting on his laurels now, but he’s not. Instead, he’s busy prepping for the fourth Thor movie, Thor: Love and Thunder, which will be shooting next March in Australia. He also has a Hulk Hogan biopic in the works and a sequel to his hit Netflix action-thriller, Extraction. As for Abdul-Mateen II, his star has risen quickly in the past few years with major roles in Aquaman and HBO’s Watchmen series. His upcoming Netflix movie, The Trial of the Chicago 7, is dropping this week and he’s wrapped filming on Nia Da Costa’s Candyman, which has been pushed to next year. He’s currently filming The Matrix 4, which, from the sound of it, will change Hollywood moviemaking once again.

Considering how busy their schedules are and with everything up in the air with COVID-19, it’s unclear when this will start filming. Certainly not before Hemsworth wraps Love and Thunder in Australia. With all of Miller’s Mad Max movies also shooting in Australia, it’s entirely possible that Furiosa will begin shooting as soon as Hemsworth is done with the fourth Thor movie. Provided a script comes together quickly, that is, which it should as Miller clearly already has Furiosa’s story outlined in his head. Either way, we’ll keep you updated when more news drops.