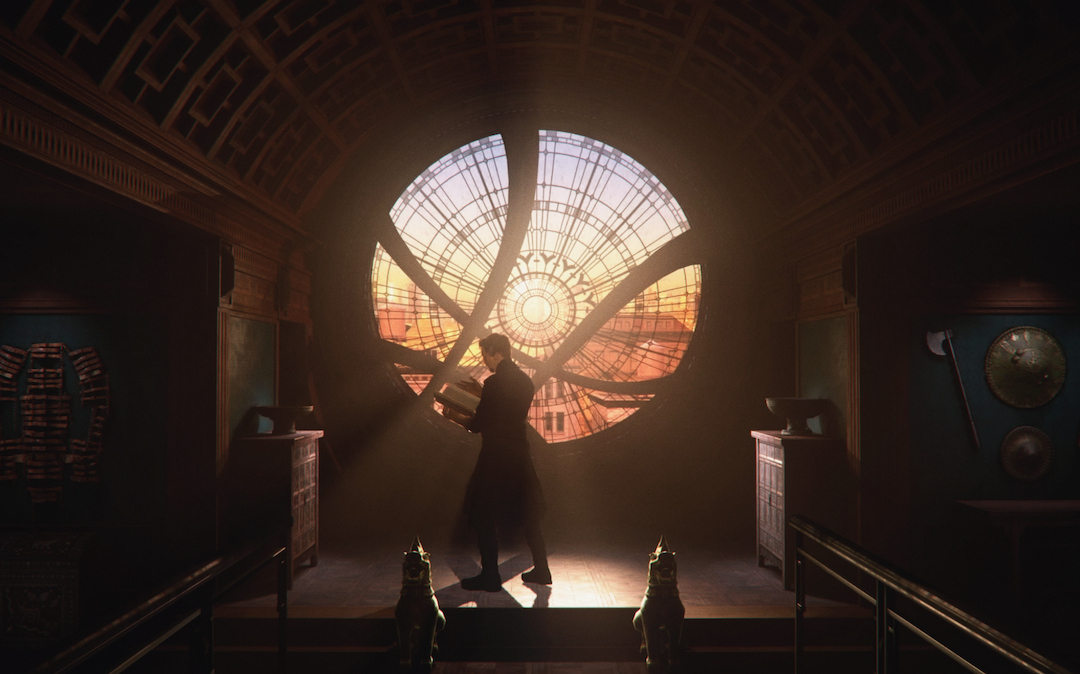 ILMxLAB’s ‘Avengers: Damage Control’ VR Experience Is Like Stepping Into A Marvel Movie

Last week, I had the opportunity to visit ILMxLAB’s offices on the Disney campus. I was there for the media day for its newest VR experience partnership with The Void: Avengers: Damage Control.

This wasn’t my first brush with ILMxLAB’s VR content. I was first introduced to their Star Wars: Secrets of the Empire VR experience at The Void as a Disneyland parkgoer a few years ago. Last year, I did a press walkthrough for their Ralph Breaks the Internet VR experience, and at D23 this year I spoke with them about their Vader Immortal series for Oculus and other home VR platforms. But Avengers: Damage Control was definitely the most fun I’ve ever had with a VR experience.

Admittedly, I am a Marvel fan so I was already predisposed to loving it. But even setting that aside, the technology has improved in leaps and bounds, even from two years ago when I first did Secrets of the Empire. It’s truly the most immersive experience ILMxLAB and The Void have created yet.

For those of you who haven’t done a Void VR experience before, it’s definitely odd at first. You’re strapped into a heavy vest full of sensors and then a VR goggle headset. Taking your first steps in the gear can be awkward and floundering, but once you’re in the actual staging area and the VR experience begins, that awkwardness goes away. You’re in a whole other world – in this case, the Marvel Cinematic Universe.

“You want to be able to give people the opportunity to step into that world,” explained Dave Bushore, Marvel Studios’ VP of Franchise Creative & Marketing. Mission accomplished.

The story is simple. Set in the wake of Avengers: Endgame (Bushore confirmed this, and that it’s canon), you’re being recruited to join the Avengers. You begin at a science lab in Wakanda for Shuri to introduce her latest armor prototype for you, a mix between Iron Man’s Mark suits and Shuri’s energy-absorbing vibranium suits. Suddenly, there is a threat detected and Wakanda is attacked. Doctor Strange is the one to ultimately figure it out. A dormant threat to the Avengers has awakened: Ultron.

From there, you are quite literally thrown into the action, a globe-hopping adventure that takes about 20-30 minutes but sends you all over locations familiar to Marvel fans: Wakanda, the Sanctum Santorum in New York, and the Damage Control facility, located in Los Angeles. Ultron and his sentinel bots are everywhere, and you must join the fight, alternately blocking attacks with your energy shields or blasting them with repulsor beams. Dozens of MCU characters appear to fight alongside and interact with you, bringing with them some true “Holy sh*t!” moments that I won’t spoil here (suffice it to say, I definitely accidentally dropped a few expletives during my walkthrough, both in awe and from nerves). It’s like being dropped into the middle of a Marvel movie, and you quickly learn just how hard it is to be an Avenger.

That feeling is strengthened by virtue of the fact four of the main characters you interact with are voiced by their movie actors (Benedict Cumberbatch, Paul Rudd, Evangeline Lilly and Letitia Wright) with most of the others using accurate enough voice dopplegängers that it’s hard to tell the difference. It also helps that, true to the DNA of Marvel projects, there are Easter eggs galore throughout the experience. There were times I admittedly forgot to shoot at the bad guys because I was too busy gawking at the world around me.

But the immersiveness of the experience is equally down to the way you move through it, specifically that you no longer have to hold a physical object for the sensors to track. In both the Star Wars: Secrets of the Empire and Ralph Breaks the Internet experiences, players (experience-goers? actors?) carry blasters in order to point and shoot at enemies. Easier for the sensors to detect where you are in space, and, more importantly, where you’re aiming in real-time with that tracker. But in an upgrade, there are no physical objects needed in Avengers: Damage Control. You are the weapon. There is no need to carry another piece of equipment, reload, or hit buttons. Instead, your suit’s offensive and defensive maneuvers are triggered just like Iron Man, with your own hands and arms: One hand extended out to blast; two hands out to do more damage; forearms together and up to form a shield. Simple. Intuitive. And far more immersive when you don’t have to constantly think about a gun’s controls or where it’s pointing.

As ILMxLab Experience Director Ian Bowie explained, that choice was not just to upgrade the tech, but also the story:

“It was also a very conscious design decision, just from an experiential point from the Marvel thing, you hand someone a gun and they’re not a hero at that point. You wanted to actually have it come from the suit, from within, that power. So it was really important to have a gun-less experience from the onset. And then also figuring out, what are the gestures that work best for tracking? Luckily the Iron Man iconic pose everyone knows that, and it works great for that kind of finger detectional technology we were working with. It just worked in such an interesting way that played into the rhythm of firing, charge firing, aim fire, and you get into that rhythm. Which is really fun because it gives you a sense of mastery as you go on.”

While I definitely did not master the art of damage-dealing (see my point above about forgetting to shoot in order to rubberneck), I still had an amazing time. Marvel fans, and even those who aren’t specifically Marvel fans, but who are curious about trying a VR experience, don’t miss this one.

“[W]hen you look at ten years of Marvel Studios films, and stories, and characters, and character moments,” explained Bushore, “it’s about how you take all that stuff, combine it with new technology, but be able to tell a new story, design new things, and bring people into it in a new way.”

If Avengers: Damage Control is any indication about where the future of VR is going, expect plenty of new people to jump on the Marvel bandwagon in the next decade.

The Avengers: Damage Control VR Experience is open in select The Void locations this Friday.