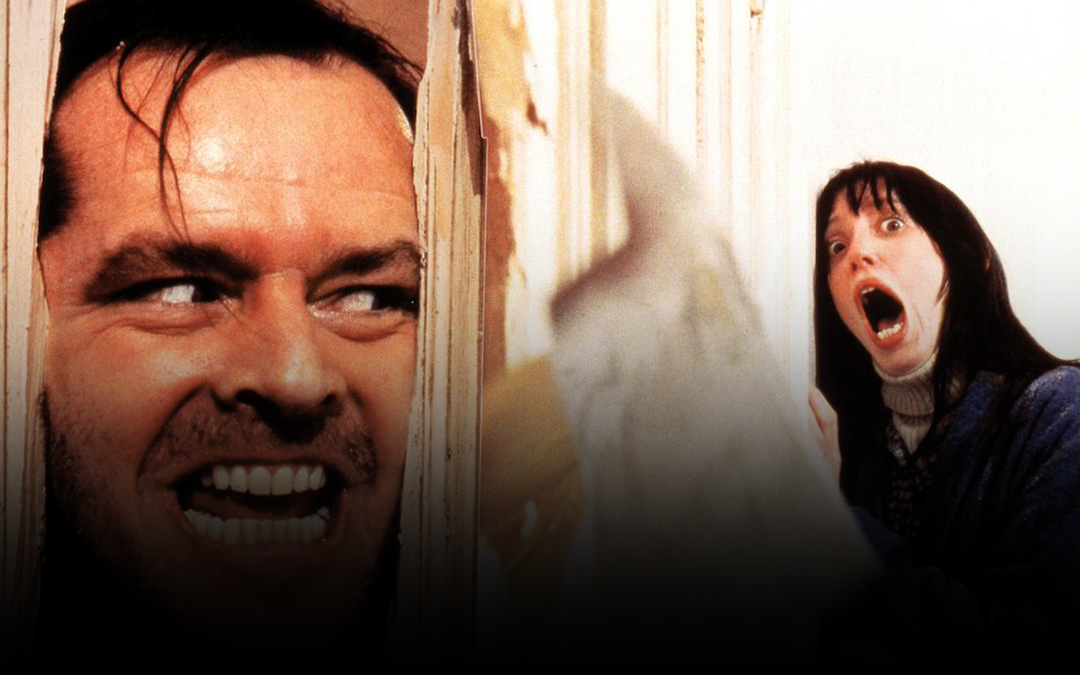 How Horror Movie Composers Use Hidden Sound To Freak Us Out

It’s October, which means we’re smack in the midst of the spooky season before Halloween. And spooky season means horror movies. Even people who aren’t normally horror fans at any other time of year get into the spirit of scares and screams right about now. Studies show it could be good for those who do, with research discovering that watching horror movies provides us with a number of psychological and biological benefits. Who knew being scared could be good for us?

We tend to believe it’s the visuals that generate those scares. Gruesome body horror and blood-splattered kills, the grotesque practical effects of a monster or deformed serial killer, a quick shot of a creature sneaking up behind the protagonist all elicit flipping stomachs or involuntary squeals. But horror filmmakers use a number of tools and techniques to provoke fear and plenty of their tricks are ones we don’t even realize are affecting us as we watch. That’s never more true than with sound.

Sound speaks to us on a primitive level, the information we receive from sound traveling faster than the information we receive from sight. More than any other sense, sound triggers instinctive responses to danger. Composers and sound engineers for horror movies utilize this knowledge of our primal response system to manipulate our emotions. Quite often, we don’t even consciously notice they’re doing it – but our bodies certainly do. It all has to do with the way we perceive certain frequencies.

Take, for example, the way our teeth are set on edge at the sound of nails on a chalkboard, a sound so universally reviled that even Freddy Krueger once used it to psychologically mess with one of this victims.

For decades, scientists hypothesized it was that the frequency mimics the high-pitched distress calls of certain species of monkeys, our ancestors from far back. That primitive heritage hypothesis has since been largely disregarded, but scientists proposed a new explanation. A 2011 study by musicologists Michael Oehler with the Macromedia University for Media and Communication in Cologne, Germany and Christoph Reuter with the University of Vienna looked at a number of shiver-inducing sounds including chalk scraping over slate, styrofoam squeaking, a fork on a china plate and, of course, the hated nails on a chalkboard.

What they found was fascinating and backed up the results of a 1986 study that showed it’s not, in fact, high-pitched frequencies that freak us out, but medium-pitched frequencies. Oehler and Reuter asked study participants to rank the sounds from least bothersome to the worst, monitoring physiological responses like heart rate, blood pressure and the skin’s electrical conductivity. They found that unpleasant sounds do have a physical effect on us, with skin conductivity changing significantly. And sure enough, they also found the frequencies involved with sounds we mark as unsettling lie within the 2,000 and 4,000 Hz range – the same range as human speech. When those frequencies were removed from the sounds, study participants had no adverse reactions.

Despite scientists disproving the primitive heritage hypothesis, however, it doesn’t mean certain animal cries don’t affect us, they simply affect us for a different reason. Another 2011 study, this one from UCLA evolutionary biologist Daniel Blumstein, found “nonlinear sounds,” such as a woman screaming or the distress cries of animals, very much do affect us. He teamed up with movie composer Peter Kaye and communications professor Greg Bryant and pored through over 100 movies to create two categories of original music: one with emotionally neutral scores and no distress calls and the other incorporating irregular sounds. As Blumstein predicted, the score with the nonlinear sounds of distress created a far greater emotional response with participants also recording a higher negative response.

Ultra-Low Frequencies Affect Us, Too

Sounds at the extremely low end of the frequency spectrum also hit us where it hurts. Infrasound, or anything in the range of 19 Hz and under, can be felt by the body even if our human ears don’t register sounds until they’re around 20 Hz (human hearing range is generally accepted to be 20 – 20,000 Hz). The low-frequency range is one also found in nature, often tied to large-scale natural disasters like earthquakes, avalanches and thunder. Because of the way we’re wired on an evolutionary level, we instinctively associate these ultrasound frequencies with looming danger.

It’s not just an unsettled response we feel to hearing ultra low-frequency sounds, either. Prolonged exposure can trigger a host of dangerous physical effects including nausea, bowel spasms, vomiting, and dizziness to extreme psychological responses like anxiety, distress, disorientation, panic, and even ghostly hallucinations. The worst cases can even end in organ rupture and death, as scientist Vladimir Gavreau discovered in 1957 when he and his team were testing prototype infrasound weapons and one of his team members died instantly, his organs allegedly shredded. Though Gavreau immediately turned off the weapon, colleagues in nearby buildings were sick for hours. The accuracy of this exact story is contested, but still, the effects of infrasound are well-documented.

While horror filmmakers aren’t quite aiming for the “organ exploding” range of ultra-low frequency, that doesn’t mean they haven’t utilized their less-lethal but still highly unpleasant effects. Gaspar Noe, for example, intentionally used sounds just above infrasound at 27 Hz in the first half-hour of his deeply disturbing 2002 film Irréversible – not coincidentally, around the same frequency police use in controversial sound weapons to break up riots. It’s technically more of a crime thriller than a pure horror movie but Irréversible utilizes a number of techniques from the classic horror genre to certainly make it horror-adjacent. The film, told in reverse-chronological order, follows the events of a single night in which a woman is raped and beaten in an underpass. Meant to mimic the feeling of sickness and disorientation that the main character feels after her brutal assault, the low-frequency sounds, which were created with a deep rumbling and a looping, grinding noise, caused nausea and vertigo in a number of audience members who watched it, prompting them to walk out of the theater – exactly the dramatic response Noe had hoped for.

Horror Movies Have Been Using These Tricks For A Long, Long Time

Even before scientists proved all of the above with incontrovertible evidence, horror filmmakers have relied on nonlinear, irregular sounds and extreme frequencies to elicit a fear response in us. The audio dissonance of horror movies, which so often find their sound effects blending into the score and vice-versa, knocks us fundamentally off-kilter. Blumstein found that electronic manipulation of normal sound has the same effect on us as using natural, nonlinear sounds. Film composers can even recreate the effects with different non-manipulated instrumental techniques such as running a bow rapidly over a violin’s strings without picking the bow up or having wind instruments overblow to create a blaring effect, or incorporating abrupt pitch or amplitude changes.

Electronic instruments, with their ability to manipulate and distort natural sounds, are also utilized in horror film scores to provoke a disturbance. This is never more apparent than in the work of composer Krzysztof Penderecki, whose music, which often incorporates animal screams, was used in both The Exorcist and The Shining, with the latter also using the unsettling music of composer Béla Bartók.

They weren’t the first films to use this trick, however, nor others. 1933’s King Kong was the first film to utilize pitch-distorted animal vocalizations in its sound effects. Two years earlier in 1931, Dracula came right at the transition period between silent films and talkies, lacking a deliberate score but full of sound effects deliberately meant to disrupt the audiences’ psychological equanimity. Alfred Hitchcock famously eschewed a score for his movie The Birds, instead choosing to provoke audiences with a mixture of natural and manipulated bird cries and shrieks with sound consultant Bernard Herrmann and the use of an early electronic instrument called the Trautonium. David Lynch’s feature film debut, 1977’s Eraserhead, is famous (or infamous, depending on your view) for utilizing near-ultrasound frequencies, which were designed by his longtime collaborator and sound engineer Alan Splet. And the unearthly high-pitched strings of the “ree ree ree” sound effect from the shower scene in Hitchcock’s Psycho is arguably the most famous single movie sound effect of all time.

This distortion of natural sound creates the auditory equivalent of the uncanny valley effect, the way in which humanoid – but not fully human – faces unsettle us. It’s both an art and a science, a combination of technical mastery and psychological understanding that allows horror filmmakers and composers to effectively latch onto our primitive fear responses and manipulate them just as they manipulate sound in their scores.

As Friday the 13th composer Harry Manfredini puts it, “The sound itself could be created by an instrument that one would normally be able to identify, but is either processed or performed in such a way as to hide the actual instrument.” His famous “ki ki ki ma ma ma” sound effect that alerts us that Jason Voorhees is on the way is a normal human noise, but abnormal in its breathy, echoing delivery, not a sound a human would normally make. Unlike the horror movies of the 1940s and 50s, which filled most of their silent spaces with an orchestral score, the horror movies of today rely far more on silence and atmospheric sound, immersing us in the “reality” of a horror movie’s world and allowing our brains to fill in the silent gaps with tension.

More than any other genre, horror movies demand that we not be passive observers but active spectators. We engage with horror on a conscious mental level and surface physical level, but we’re often simultaneously engaging on a physiological sublevel, our fears provoked, our responses heightened and intensified. It’s the genius of horror filmmakers, composers and sound effects artists that they accomplish this without us ever noticing what’s pulling our internal strings. Like the deadliest serial killers and monsters in horror movies, the fear sneaks up on us without us realizing it. By the time we do, it’s far too late to escape.