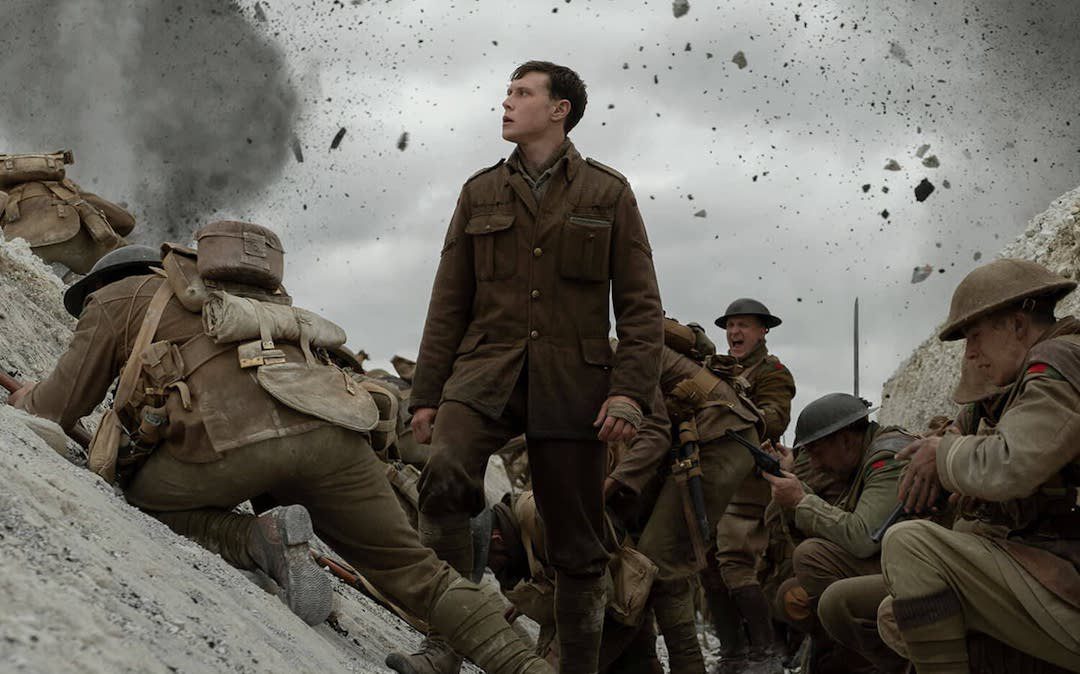 How Did They Film ‘1917’ To Appear As One Continuous Shot? With Insane Planning.

If you haven’t seen Sam Mendes’ 1917 by now, you’ve likely heard of it. Maybe it’s the 10 Oscar nominations it just got, or the crazy good reviews, or the excellent word of mouth.

But beyond the solid acting and tense storytelling, the one thing that has everyone buzzing is legendary cinematographer Roger Deakins’ camerawork on the movie, which was shot and stitched together to resemble one long, continuous take. It’s a daunting feat for any movie, let alone one in which the tension of the lead characters’ mission (which was inspired by Mendes’ grandfather’s life) could not let up lest the movie stumble.

Those who have seen Mendes’ Spectre might have noticed that that movie prepped him for what was to come in 1917. The entire opening, eight-minute sequence of the James Bond movie is one continuous shot. It was while filming Spectre that Mendes thought to himself, “Wouldn’t it be extraordinary to make a whole movie in this way?’ But I never thought I would actually do it,” he revealed in an interview with CNET.

But now he has done it, with Deakins’ help. And they had to do it in a way that didn’t take audiences out of the story, Mendes explained in that same interview:

“Once I decided the movie was going to be two hours of real time, it seemed like a natural thing to try to lock the audience together with the characters in a way that they couldn’t escape so that they experience every second passing with the men. It’s essentially a race against time. It was an emotional decision as much as anything else. Even though we shot it in one shot, I don’t think Roger and I particularly want the audience to be thinking about what the camera is doing. We want them to be lost in the story.”

So how did Mendes and Deakins and their crew accomplish it? With an insane amount of preparation and a whole lot of luck, as it turns out.

The relationship of the camera to its actors and the sets and scenery around them is constantly changing and evolving throughout any movie. Moods and spaces, shots and tonality all shift. So Deakins had to accomplish all of the usual – tricky enough in a normal movie – and somehow figure out how to do it on the fly with a camera that was constantly moving. It required meticulous planning and extra prep time. In order to make the camera movement appear spontaneous and forever in the moment, every single step of the cameraman had to be a choreographed movement planned beforehand.

To do that, Deakins and his crew relied on scale models for certain sequences. The sequence set in the decimated French village, for example, required a model of the town to be made that accounted for every bombed-out shell of a building, every divot, every junked vehicle – because they were all obstacles for the camera to contend with, and all surfaces that light could reflect off of, you see. So a scale model of the village, complete with tiny LED lights, was created in order to allow Deakins to plan out every single step and movement of the camera. If actor Dean-Charles Chapman ducked behind Car A, then the camera had to circle behind Wall B to follow him. If co-lead George MacKay had to sprint across a field, then a cameraman had to drive a motorcycle with the camera mounted on a gyroscope exactly X feet. If they stepped out of this building over here, then the lights had to be set up at that building over there in order to account for the fact the camera would constantly be moving and they wouldn’t have an option to set up the cameras in a different location. 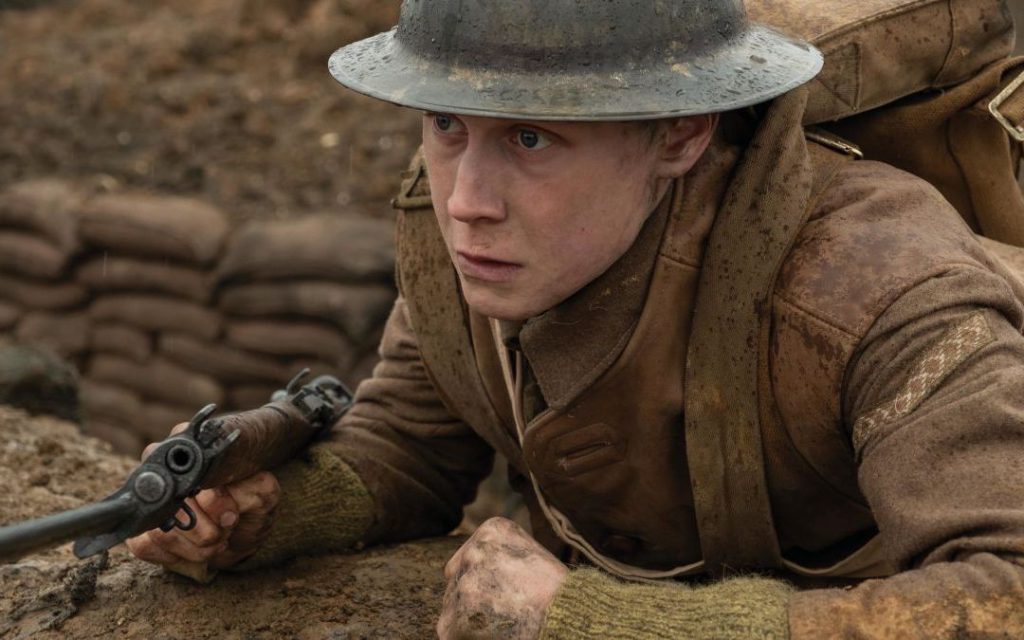 Unlike in almost every other movie, where alternative light sources are set up and hidden away from the camera in order to achieve the perfect lighting, Deakins had to work with what he had – and what he had were often not optimal conditions. It’s why Deakins pushed to shoot on cloudy days. Days with sunshine can too often mess up lighting: it’s too bright, or the lighting goes sideways if the sun dips behind a cloud – too many variables. But if they shot on cloudy days, they could retroactively set it so that the story and cinematography meshed.

But on the first day of shooting, they – well, they couldn’t shoot. Not a cloud in the sky. Too sunny. They couldn’t actually get started filming until the second scheduled day of the shoot, necessitating that everyone had to stick to a tight schedule lest they go overtime. It went on like that for the entire production, Deakins related to Business Insider: “We would literally stand around for hours waiting for a cloud to come by,” he explained. “I had five different weather apps on my iPhone. Every radar I could get. You look at them and try to find the one that will tell you what you want.”

And all of it had to be perfectly planned so that the cuts between takes could be seamlessly blended together to look like one long, continuous shot. The result is near-perfection. 1917 is a masterful achievement of planning and execution and hopefully it will net Deakins another golden statue come February.