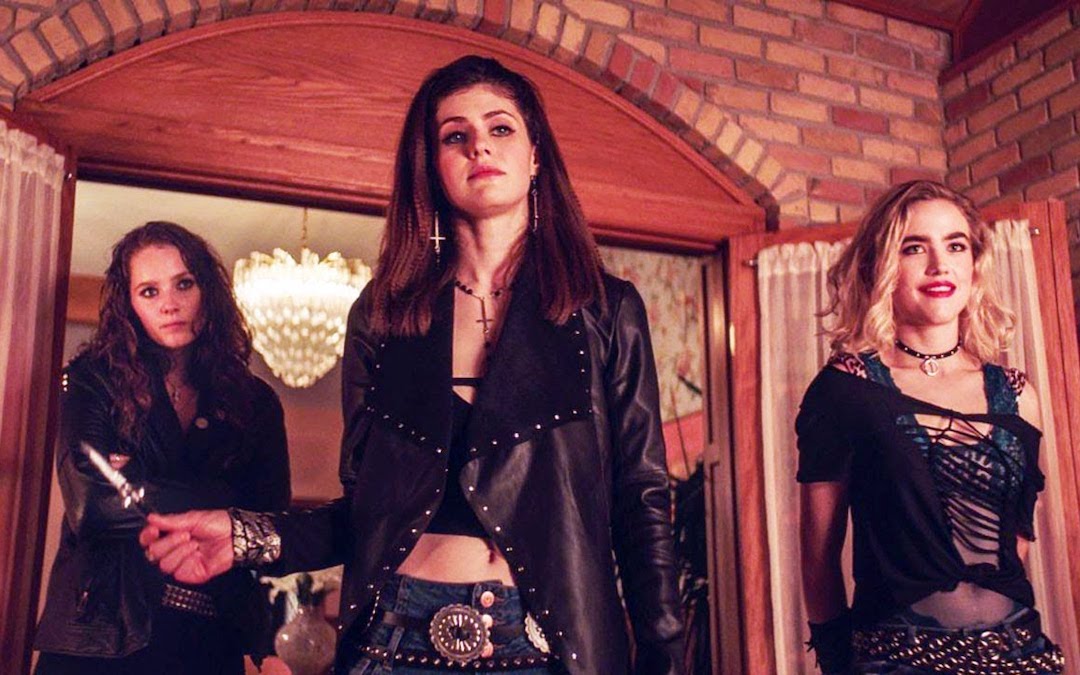 Last month, I wrote “It’s March already?! Who let time fly by this fast?” How dare life throw my own words back into my face with a month that lasted about a bajillion years?

With the world fighting off a literal pandemic, industries all over have been forced to either shut down or adapt to the new circumstances we find ourselves in. One such example is movie theaters, who are either closed for business or are finding ways to survive through online assistance, amongst other methods. It’s a terrifying yet fascinating time we’re living in as we see how entire industries are adjusting to a new world.

Since theaters are basically shut down for the next few months, and because Atom Tickets are kind enough to let me keep rambling on, this month (and future months, potentially) sees this column, which normally tackles five movies that are going to theaters, focus on several horror VOD titles being released in the coming weeks.

Wrap yourself in a blanket, pour yourself a cup of hot cocoa, and settle down with any one of these titles to take your mind off everything happening outside your window….even if just for a couple of hours.

Subgenre: “Let’s Make Isolation a Bit More Like a Cult”

Official Synopsis: For her entire life, the cult she was born into has been all that teenage Selah (Raffey Cassidy) has known. Along with a band of similarly cloistered young women she lives seemingly unstuck in time, cut off from modern society in a remote forest commune presided over by a man called Shepherd (Michiel Huisman), a controlling, messiah-like figure with a frightening dark side. But when her insular world is rocked by a series of nightmarish visions and disturbing revelations, Selah begins to question everything about her existence—including her allegiance to the increasingly dangerous Shepherd. Awash in images of primal, dreamlike dread, this provocative fable is a haunting vision of adolescent awakening and revolt.

Why You Should Check It Out: Let me start off by saying that I fully understand those who say that The Other Lamb isn’t a horror movie. It definitely skews far more into the realm of “dark drama” than anything else but there are still plenty of horrific things going on here that warrant its viewing with a horror lens.

Featuring stunning cinematography from Michal Englert and fantastic performances all around, The Other Lamb is well worth a trip into the woods.

Official Synopsis: The killing spree of murderous Satanists has already led to 18 deaths throughout America’s Heartland. Three best friends embark on a road trip to a heavy metal gig. Naive, they bond with three seemingly fun-loving guys and the group heads off to Alexis’ secluded country home for an afterparty. What should be a night of fun and youthful debauchery may instead take a dark, deadly turn. With killers on the loose, can anyone be trusted?

Why You Should Check It Out: Heavy metal and horror are a match made in Heaven. Or would it be Hell? Anyways, strap yourselves in for some high-octane, metal-fueled horror that’s bound to put a grin on your face! With all that’s going on in the world, sometimes it’s nice to just throw up some metal horns and delight in a smorgasbord of carnage and mayhem!

Subgenre: “Not Everyone Is Getting Along These Days”

Official Synopsis: Two young sisters, sent to live with their estranged Aunt, find that all the mirrors in her house are covered or hidden. When one of the sisters happens upon a mirror in the basement, she unknowingly releases a malicious demon that had haunted her mother and aunt years ago.

Why You Should Check It Out: While there’s absolutely value in escapism through cinema, there’s something to be said about catharsis. Sometimes I watch movies not to step away from what’s happening in my life but rather to bathe in it, to see if watching others go through what I’m feeling will, in some way, help me process. And so what if there’s also a supernatural twist, some spooky mirrors, and some haunted house action thrown into the mix! That just makes it a bit more fun!

Subgenre: “Remember When Friends Could Go On Road Trips Together?”

Official Synopsis: Jill, a tenacious UMass freshman, abandons her studies for an off-the-grid snowboarding trip. But after the sun has dipped below the horizon, their SUV mysteriously becomes lost in the freshly-logged mountains, eventually running out of gas. As temperatures fall, the group dynamic unravels as a virtual and then literal witch hunt begins.

Why You Should Check It Out: Witches, gore, snowy landscapes, and a claustrophobic setting? For some, all of that might sound like the absolute worst thing imaginable to watch right now. For others, it’s exactly what the doctor ordered.

Subgenre: “Sometimes You Choose To Get Away From It All”

Official Synopsis: Shunned by her parents and dumped by her boyfriend, Sarah Dekker is left alone to deal with the trauma of abortion. As she recovers at an old parochial house, a gravesite for unborn babies, Sarah is tormented by the spirits of the perished, as they seek for a mother.

Why You Should Check It Out: As with The Dare last month, this is a film that my company, The Horror Collective, is distributing. That’s why I put it last on the list, because I didn’t want to seem like I was playing favorites by having it at the top.

I really believe not only in this movie – which tackles a really difficult topic with sensitivity and grace – but also in the writer/director, Paddy Murphy. He’s passionate, kind, and so committed. He also recognized that a movie like this necessitated a lot of women in the cast and crew, which he succeeded in putting together.  Basically, this movie was thought through carefully and, as you can see by the quotes in the trailer, it delivers. We’re very proud of releasing this one and we can’t wait for you all to give it a shot!