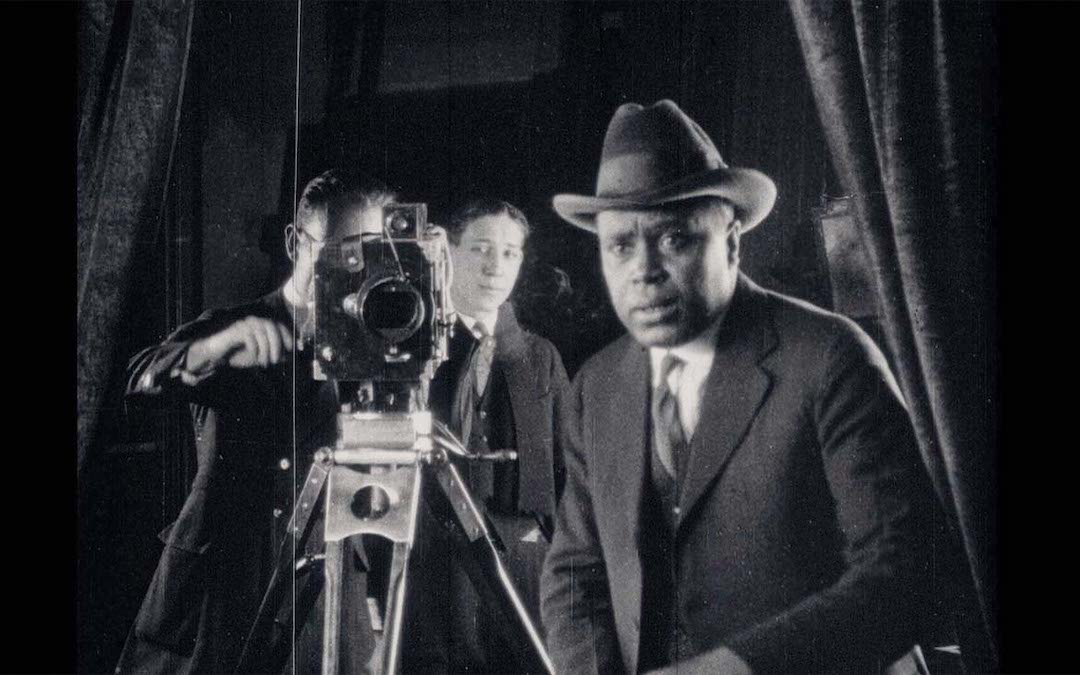 A History Of Black Excellence In Hollywood To Celebrate Juneteenth

This year, Juneteenth will be a particularly poignant day. Some of you may have heard of the day before now, while others reading this may not know of it. If you’re in that latter group, allow me to give you a quick crash course. Juneteenth is the unofficial holiday that marks the anniversary of the official end of slavery in the U.S. It commemorates June 19, 1865, when Gordon Granger, a general with the Union army, read a federal order in Galveston, Texas, proclaiming that all previously enslaved people in the state were free. This was over two years after the Emancipation Proclamation was signed, but Texas was still largely a remote and untamed country then, and Union soldiers few and far between to enforce the proclamation. Granger’s announcement in 1965 triggered the final domino to fall and the last slaves in the United States to finally, officially, be free.

In honor of Juneteenth, we’ve put together a list of some of the greatest Black pioneers in cinema.

Hattie McDaniel was truly a legend and a multi-talented entertainer. An actress, a singer-songwriter, and a comedian, McDaniel broke through barriers as a trailblazer in entertainment. McDaniel was born in Wichita, Kansas to two parents who had been formerly enslaved. As the youngest of 13 children in a family that was musical and creative, McDaniel naturally gravitated toward the stage. When she made the jump to Hollywood, she found success with movies like Show Boat and Saratoga, acting alongside names like Clark Gable, Jimmy Stewart, Jean Harlow, Will Rogers and Bette Davis.

But her biggest role came in 1939’s Gone with the Wind. While the film is rightfully controversial now for its depiction of enslaved people and plantation life, at the time, competition to play Mammy, maid to the O’Hara family, was fierce. Mammy is a thorny character to look back on now, but that is no fault of McDaniel’s. Her performance was so extraordinary it won her the Best Supporting Actress Oscar, the first-ever Academy Award won by a Black person. But that wasn’t the only barrier she broke: McDaniel was also the first Black woman to sing on the radio in the U.S. and the first Black Oscar winner to be honored on a U.S. postage stamp.

Oscar Micheaux was born on a farm in Illinois and throughout his life, exhibited a fierce desire to learn and better his situation, showing a keen eye and a shrewd mind for business. In his young life, he was a marketer, worked in the stockyards, owned his own shoeshine stand, was a Pullman porter for the railroads, and moved to South Dakota to become a homesteader. It was while farming that he started writing articles for the local papers.

His varied experience fed into his work and he decided to concentrate on writing full-time. His first book, The Conquest: The Story of a Negro Pioneer was an autobiographical work. His second novel, The Homesteader, attracted the attention of Hollywood, but Micheaux was unhappy with negotiations and broke off talks to form his own film company, the Micheaux Film & Book Company. The Homesteader was its first feature film. Micheaux went on to become a powerful writer, director and producer in Hollywood, producing over 40 films that drew audiences in the U.S. and abroad.

Born Lincoln Theodore Monroe Andrew Perry, Perry is better known by his stage name, Stepin Fetchit. As with McDaniel, the racist caricatures of the characters Perry played can not be discounted or ignored. Stepin Fetchit, his most famous character, was shiftless, lazy and stupid, and by the mid-50s, Black Americans were embarrassed by the portrayal of what they saw as the most negative and unfair stereotypes of Black people. Today, some scholars have come around to seeing Stepin Fetchit as a subversive character, a trickster archetype that made himself the fool to pull one over on the white characters around him.

Regardless of your feelings about his character, there’s no denying Perry was a legitimate Hollywood star, the first Black actor to reach those heights. By the mid-1930s, he was the first Black actor to become a millionaire in the film industry, appearing in 44 films between 1927-1939. In the 1970s, he was awarded an NAACP Image Award and inducted into the Black Filmmakers Hall of Fame.

As a young man, Clarence Muse earned a law degree in 1911 from Dickinson College, but soon realized he could earn more from his singing and entertaining than from his legal education. By the 1920s, he was in Harlem, NYC acting during the Harlem Renaissance. He eventually moved to Hollywood, where he found quick success by appearing in Hearts in Dixie in 1929, the first all-black movie and just the second film to be a “talkie.” Ten years later, he became the first Black actor to have a starring role in a Hollywood film with the musical Way Down South from a script he co-wrote with Langston Hughes.

Much like with McDaniel and Perry, Muse’s roles were those that are considered problematic today. He often played “Uncle Tom” characters who fell prey to the “wise Negro” trope, a direct contrast to Perry’s Stepin Fetchit. But as with the others, the context of the time in which Muse was acting must be accounted for. There were very few roles for Black actors and actresses at the time that weren’t problematic; for Muse to have the starring role from a script he wrote in a major Hollywood film was a major success and worthy of recognition in and of itself.

After moving to New York City from the Bahamas at the age of 16, Sidney Poitier joined the North American Negro Theatre to scratch his acting itch. He landed his first breakthrough role in the 1955 movie Blackboard Jungle, playing a talented but rebellious student. In 1958, he starred opposite Tony Curtis in The Defiant Ones, a film about a white convict and a Black convict who are chained together and must learn how to cooperate to escape and survive. Each man was nominated for Best Actor for his role, though neither won that year. Poitier’s win would come in 1964 for his portrayal of Homer Smith in Lilies of the Field. That year, he became the first Black man to win an Oscar for Best Actor, along with becoming the first Black man to be nominated for and win the Golden Globe for Best Actor. Three years later, in 1967, he broke more ground when he appeared in three successful films and became the highest-grossing box office star that year. Poitier continued to have a long and lauded career for the next three decades.

Denzel Washington is considered one of the greatest actors of our generation, despite being chronically undervalued and overlooked by most awards show voting bodies. His first big break came when he was cast as Dr. Phillip Chandler in medical drama St. Elsewhere in 1982, appearing on the series all six seasons. His career took off after that, and Washington made the jump to film. In 1987 he received his first-ever Oscar nomination for Best Supporting Actor for his work playing the anti-apartheid political activist, Steven Biko in Cry Freedom. He won the award in 1989 for Glory, in which he played the defiant ex-slave, Private Trip. His first Best Actor nomination came a few years later when he earned accolades for his work in Spike Lee’s Malcolm X as the titular character. His first and thus far only Academy Award for Best Actor didn’t happen until 2001, when he won the award for his portrayal of corrupt LAPD cop, Alonso Harris, in Training Day. With that award, he became the first Black actor to be a two-time Oscar winner in acting categories. Despite all his accolades and awards, it somehow still doesn’t seem like enough.

Halle Berry is choosy about her roles these days, so younger audiences might be forgiven for not understanding what a powerhouse actress Halle Berry was and still is. Berry was your typical high school student, growing up in Ohio as a cheerleader, Prom queen, and yearbook editor, later competing in beauty pageants. The acting bug bit her in her early 20s and she moved to New York and then Los Angeles, making her film debut with a small role in Spike Lee’s Jungle Fever in 1989 and landing her first co-starring role that same year with Strictly Business. In 1999, she starred in the HBO biopic Introducing Dorothy Dandridge, portraying the first Black woman to ever be nominated for the Academy Award for Best Actress. Coincidentally enough, Berry would go on to be the first Black woman to actually win it in 2001 for Monster’s Ball for her work as Leticia Musgrove, the troubled and conflicted wife of a man executed for murder. She begins a complicated relationship with a corrections officer unaware he was the one who executed her husband. In recent years, Berry has been more selective about the roles she takes, so it’s always a gift when we hear of her being cast in something new.

As a fun note, she and Washington were the first two Black people to win the Oscars for Best Actress and Best Actor in the same year.

The EGOT is one of the hardest achievements to earn in all of entertainment. For those unfamiliar with the acronym, it means to win an Emmy, Grammy, Oscar and Tony in one’s lifetime. It’s so difficult to achieve, in fact, that in the 60+ years since all four awards ceremonies have been in existence together, only 15 people have ever accomplished it.

Whoopi Goldberg was the first Black entertainer to ever hit the cycle and EGOT, and is still the only Black entertainer to win for a number of roles (John Legend has since EGOTed, but all his awards were for musical categories), winning for acting, hosting, stand-up comedy, and producing:

Inclusiveness and parity in Hollywood for Black actors and entertainers are still not where they need to be. The wheel of progress often turns much too slowly. But strides are being made, and the Black creators who enter the entertainment industry now stand on the backs of giants who carved remarkable paths before them. One day, hopefully soon, achievements from Black entertainers will become mere tidbits of Hollywood trivia and are no longer anomalies. We can acknowledge there is still much work to be done while honoring the pioneering breakthroughs of the Black entertainers of decades past.

Right now, there’s a movement to ensure Juneteenth is officially commemorated and celebrated across the U.S. Sign the petition to make Juneteenth a national holiday.