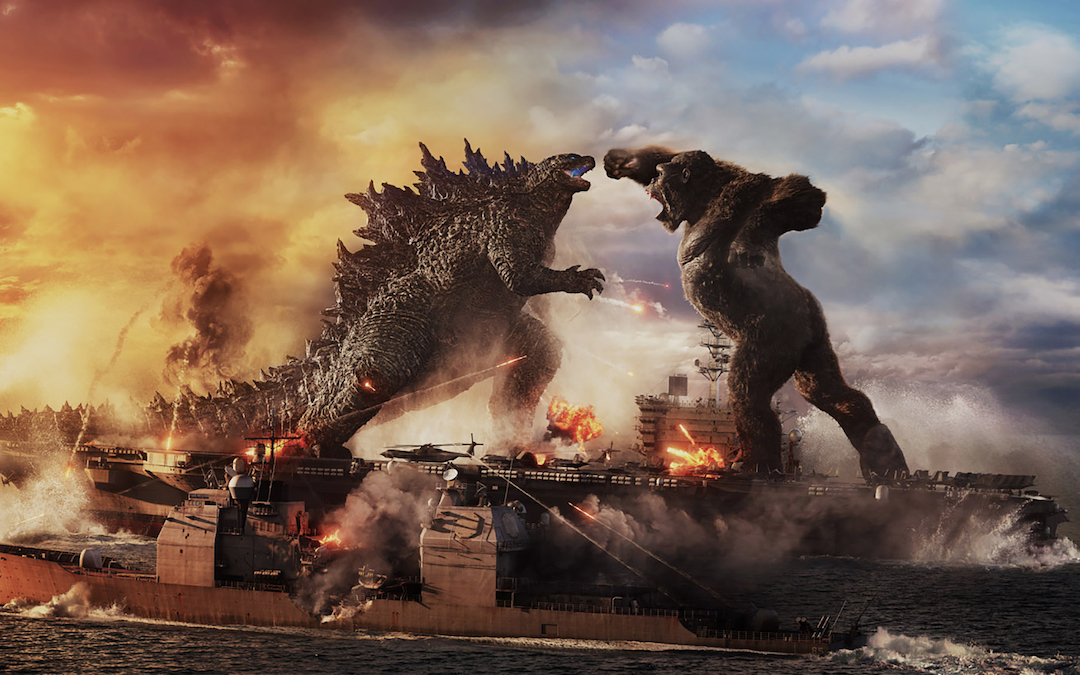 In just one short week, Legendary and Warner Bros.’ Godzilla vs. Kong will hit theaters, finally delivering the giant monster kaiju smackdown it has long been promising. The first trailer had fans buzzing, so much so that it broke records for Warner Bros., racking up 25.6 million views across WB’s various platforms in its first 24 hours. It earned those views with good reason, too: The trailer was eye-popping, teasing a battle for the ages between two iconic titans:

However, as with 2019’s Godzilla: King of the Monsters and 2017’s Kong: Skull Island, the next MonsterVerse movie’s titular characters are accompanied by a whole host of monsters, some of which you may recognize from previous movies and others that are completely new for the upcoming movie. To help you keep track of who’s who and what’s what, here are the monsters in Godzilla vs. Kong explained.

As one of the two titular characters, Godzilla doesn’t really need an introduction. You know him: He’s big, he’s mad, and he has radioactive breath that can level an entire city. The MonsterVerse version of the King of Monsters appears to have gone berserk, uncharacteristically wreaking havoc on various cities across the globe. He’s an unstoppable force, meaning humanity has to call in an immovable object for help in stopping the Titan…

Like Godzilla, King Kong needs no explanation. The noble guardian of Skull Island, Kong is intelligent and largely benevolent, viewed as a protector and god to the people of the island. However, when Godzilla starts wrecking cities, humans capture Kong in order to get the great ape’s help in battling Godzilla. The two go at it in the trailer, but it’s still unclear why Godzilla has suddenly gone rogue. Though a strongly supported theory posits that it’s the introduction of the next monster that is the reason for Godzilla’s rampage…

Although hard to spot in the trailer, there is a brief shot of a robotic-looking Godzilla figure stomping in the background of a city. This was speculated to be Mechagodzilla, which director Adam Wingard later confirmed. Those familiar with the old Toho films know Mechagodzilla to be a longtime antagonist of Godzilla. The trailer intimated that the Monarch organization had been quietly building a Mechagodzilla using Ghidorah’s severed head taken in the post-credits sequence of 2019’s Godzilla: King of the Monsters. If a full, working version of Mechagodzilla is indeed in the film, it’s likely Godzilla’s rampage was meant to destroy the Monarch facilities that may have been working to bring Mecha to life and eventually, the great Titans will team up to take on Mechagodzilla together.

Spotted briefly in the trailer is Warbat (formerly known as Nozuki), a kaiju having a serpent-like body and giant, leathery wings. It should be noted in the trailer that Kong is spotted fighting two of these creatures, which could mean that this isn’t actually Kong, but one of his ancestors in a flashback to the great war referenced in the trailer voiceover from Rebecca Hall’s Dr. Ilene Andrews. It’s also entirely possible that “Warbat” is a name not given specifically to this monster alone but to its entire species and there are many more of its kind, thus accounting for the multiple winged creatures Kong is spotted fighting.

Leafwings, more commonly known as “those ugly lizard-bird things Tom Hiddleston mows through with a katana” in Kong: Skull Island, are set to make a return in Godzilla vs. Kong. The leafwings are a smaller subspecies of the giant Psychovulture kaiju that also first appeared in Skull Island, but the larger kind were rarely seen. Instead, their smaller cousins terrorized the team and they were nasty, the flying pterodactyl-like creatures causing chaos while trying to rip the humans to shreds. They were also present in the background of Godzilla: King of the Monsters, but they will likely play a larger (and more murderous) role in GvK.

In other horrific flying things news, you may have noticed yet another kind of flying creature in the trailer. These creatures, which resemble giant bats with birdlike heads, are known as hellhawks. Not much is known about these monsters, but anything with the name of “hellhawk” probably isn’t chill and friendly, so it’s likely these won’t be on the side of the good guys.

Last but not least in clearly identifiable creatures are the giant Hollow Earth spiders, which are exactly what they presume to be: Giant spiders that live in the Hollow Earth at the center of our world. Kong encounters them when he travels to the center of the Earth, as seen in the trailer, in order to learn more about the ancient war between Titans. There has literally never been a giant spider in the history of movies that has ever been friendly, so we can guess these will also be malevolent murder machines, too.

There are almost assuredly other kaiju set to appear in the film and whether they’re friend or foe remains to be seen. Either way, this is set to be an epic clash with the throwdown between Godzilla and Kong leading the way. And if you want to dive deeper into the lore presented in the trailer, check out our trailer breakdown exploring the Easter eggs and mythology of the MonsterVerse.

Godzilla vs. Kong is in theaters on Wednesday, March 31. Get tickets here.