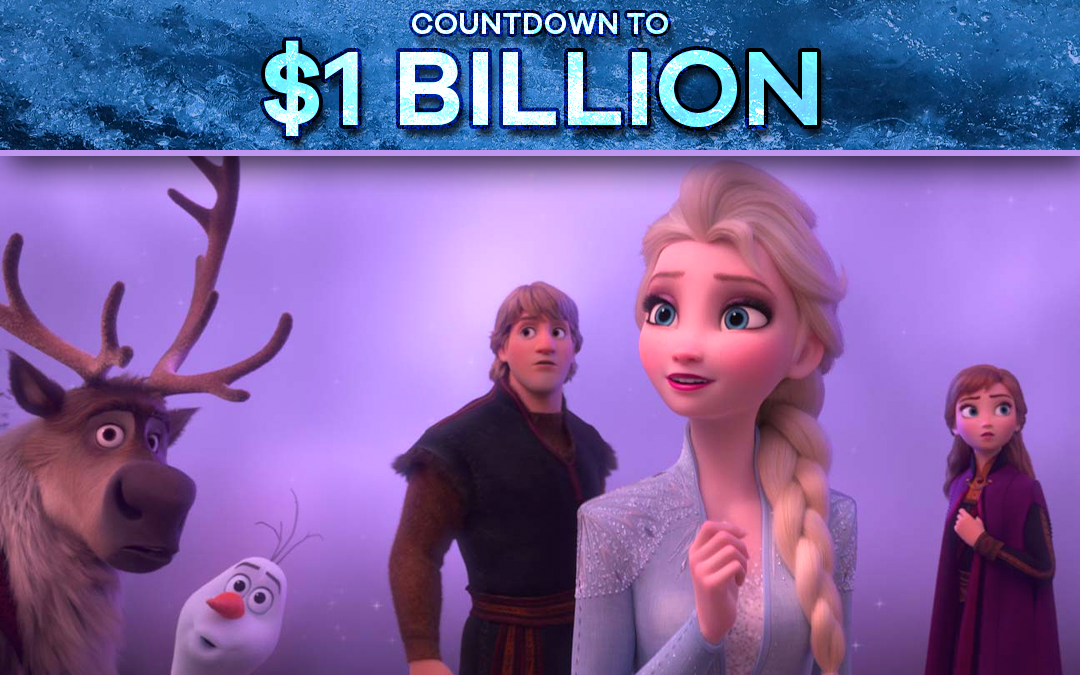 Frozen 2 has finally opened, and it’s no surprise that it essentially destroyed the competition in its opening weekend, racking up an impressive $127 million domestic debut. A few months ago, we did a running box office countdown for Avengers: Endgame that our readers really appreciated – thanks for being smart cookies who like learning about how the industry works. With the first Frozen grossing over a billion dollars worldwide, we thought we’d do the same sort of running article with Frozen 2, counting down every weekend, and then every day, until it hits a billion dollars.

Frozen 2 is heartfelt, inspiring, emotional, and stunningly beautiful. It’s possibly the best sequel Disney has ever made, but is that enough for it to reach the same heights as the first movie? Follow along as we update this article every time a new record is broken or box office milestone attained on Frozen 2‘s way to hopefully once again hitting a billion. 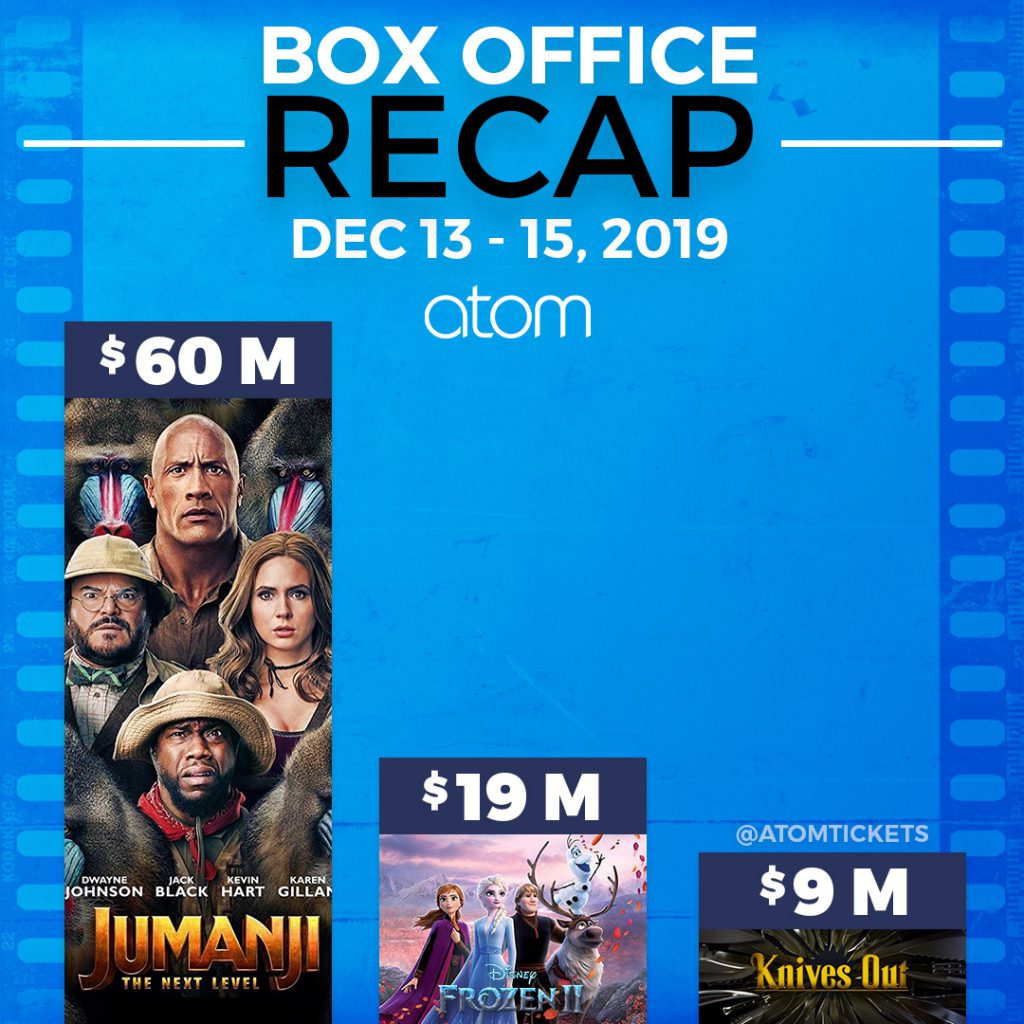 As predicted, Frozen 2 broke the $1 billion threshold this past weekend, despite Jumanji: The Next Level taking the overall weekend. That makes it the sixth Disney movie to pass that magical mark this year, joining the ranks of Avengers: Endgame, The Lion King, Toy Story 4, Captain Marvel, and Aladdin. We can expect it will surpass Minions‘ $1.1 billion haul, and once it does, it will be the biggest animated movie of all time overseas. It will be a stretch for the sequel to surpass the first Frozen‘s total of $1.27 billion and even harder for it to surpass The Lion King‘s $1.33 billion to retake the crown as the highest-grossing animated film of all time, but it’s not completely out of the question. Still, we can likely expect it to tap out somewhere just under or around the total of the original. 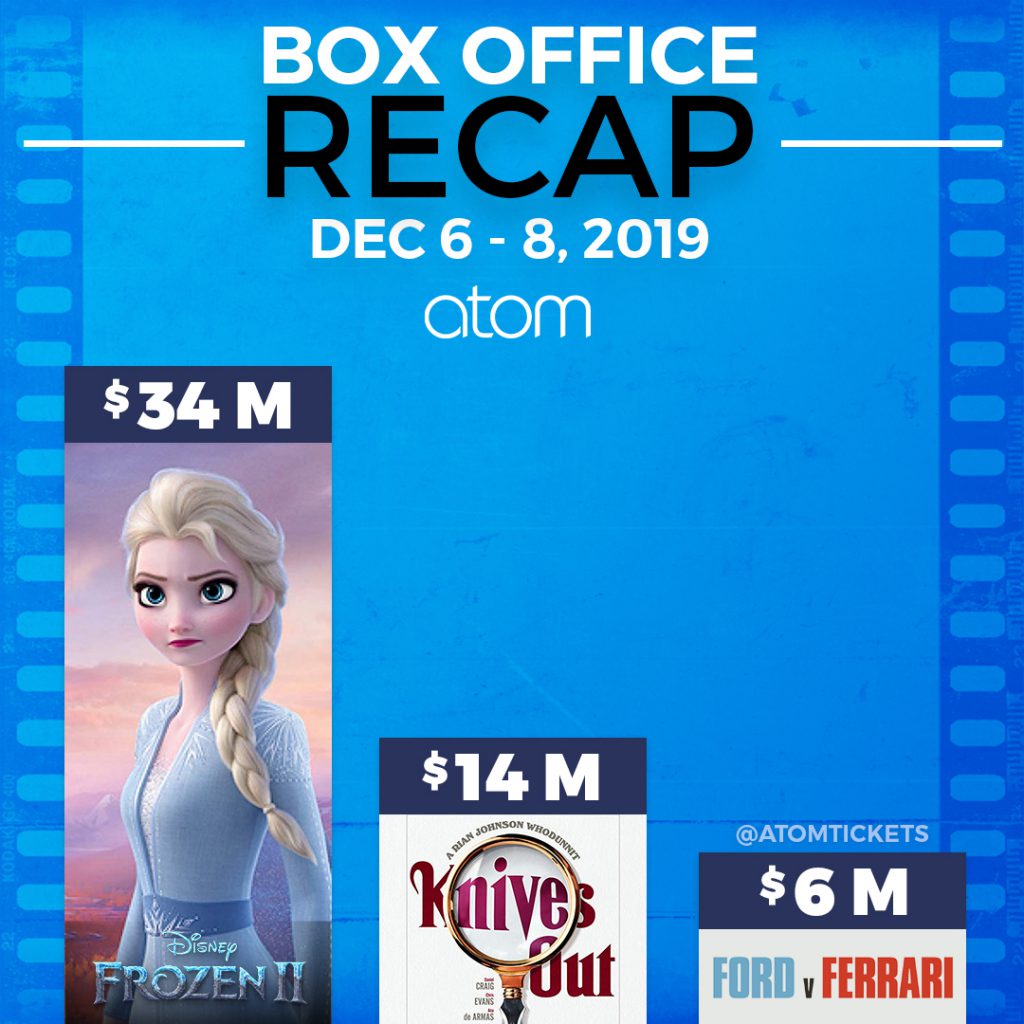 Frozen 2 earned another $34.7 million this weekend at the domestic box office, dominating the competition on its way to over $900 million. At this point, it’s all but guaranteed it will cross the billion-dollar mark just like the original movie. The only question now is whether or not it has a chance to overtake the first Frozen at the box office. The sequel’s success helped make Disney the first studio ever to clear $10 billion dollars at the box office in a calendar year this past weekend. 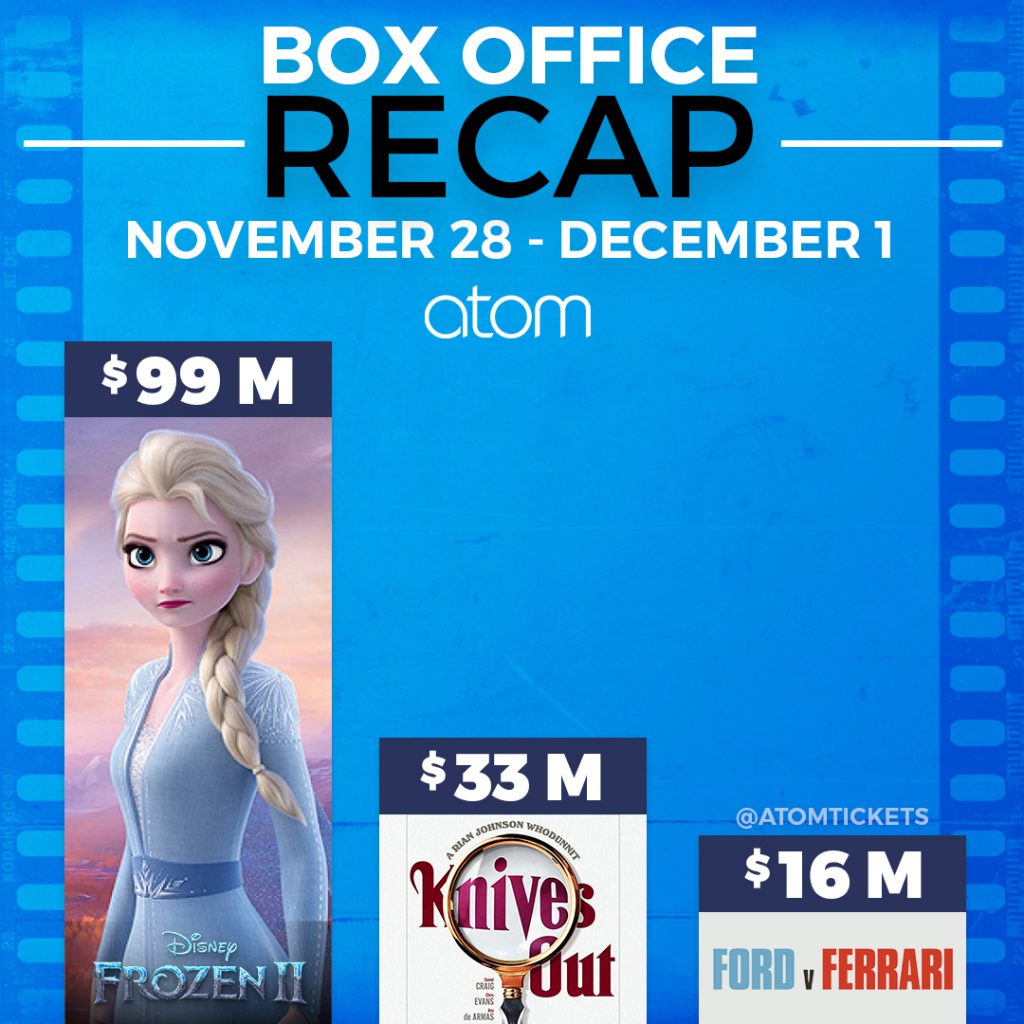 To say that Frozen 2 dominated this Thanksgiving weekend is an understatement. There had been perhaps a tiny bit of concern prior to the sequel opening as Walt Disney sequels have, in recent years, not been nearly as successful at the box office as their predecessors. But clearly there was no cause for concern here as Frozen 2 is just as good if not better than the original, and audiences are turning out to see it in droves. 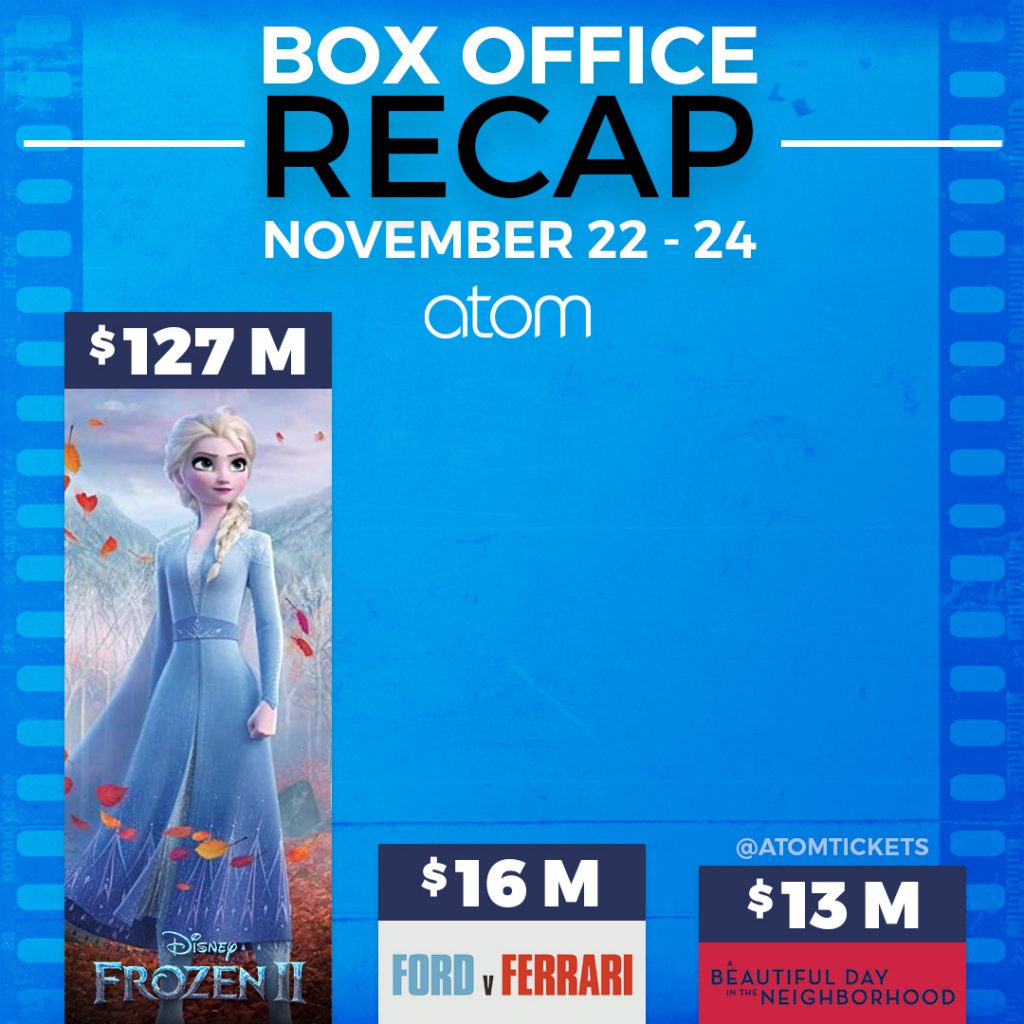 Frozen 2 is in theaters now. Get your tickets here.