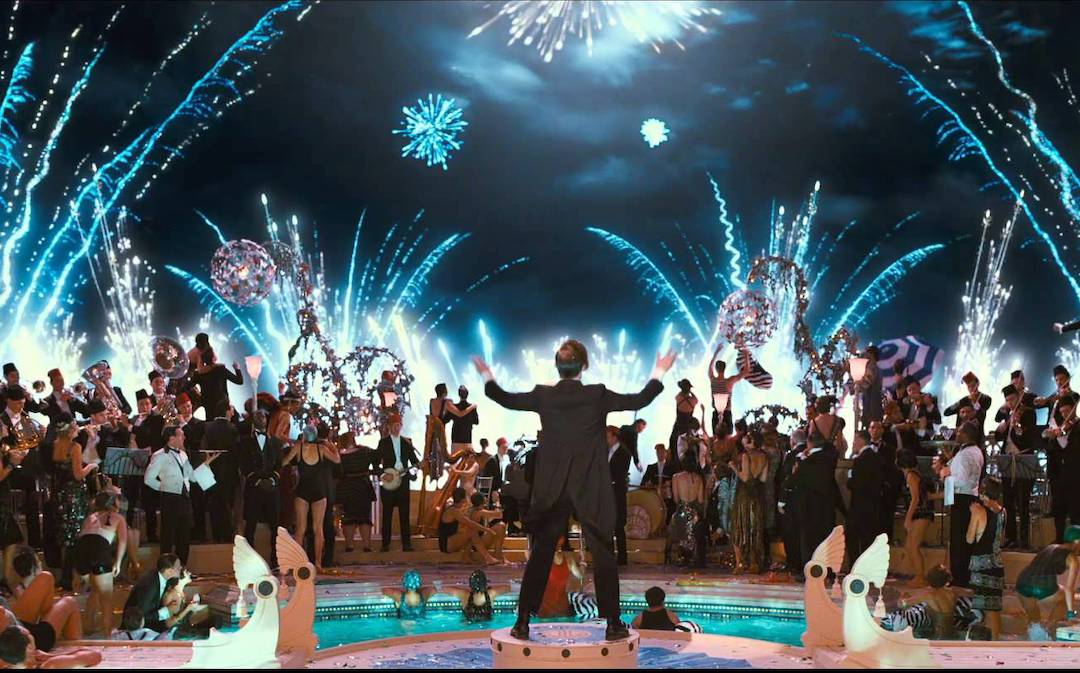 4th of July weekend will be different this year. For starters, we’re not able to go out and gather in large groups like we normally do, and nor are there any big movies hitting theaters. But many of us can at least have backyard BBQs or pool parties in small groups (and we put the perfect playlist together for that), and we can still set off fireworks and run around with sparklers to celebrate.

To get you in the mood for Independence Day (you know, if the mystery fireworks through the month of June haven’t already), we’ve put together a list of some of the best scenes in movies involving fireworks. Pop them on and watch the digital sky light up.

I couldn’t possibly start a list about fireworks movie scenes for the 4th of July without kicking it off with The Sandlot. This scene is perhaps the most earnestly idealistic scene ever put to the screen in terms of what we like to think of as America. Small-town kids in the 1960s playing baseball under a fireworks-drenched sky on the 4th of July while Ray Charles’ cover of “America the Beautiful” plays. The best baseball player in the gang is even named after Benjamin Franklin, for God’s sake. Langston Hughes once wrote, “let America be America again/the land that never has been yet.” The purity and hope of this scene is exactly what he was talking about.

Fireworks on Earth are fantastic. Fireworks on Middle-earth are awe-inspiring and sometimes terrifying things of wonder, as the citizens of The Shire discovered in Lord of the Rings: The Fellowship of the Ring. Merry and Pippin, ever the comic relief, are not content to set off sparklers and bottle rockets, oh no. The mischievous pair goes right for the showstopper, the grand finale, a giant firework that turns into a soaring, life-sized dragon before exploding into dozens of gigantic, glittering bursts. Some heart palpitations and upended food tables aside, worth it.

There’s something about fireworks that suspend time as we watch them, and in that temporary suspension is a message of a brighter, better future ahead. Maybe it’s the act of looking to the sky, maybe fireworks strike a primal joy trigger that we never lose after childhood, maybe it’s that fireworks tend to come on celebration days. The scene in Forrest Gump of Forrest and Jenny watching fireworks is brief and part of a montage, but there’s a reason Forrest’s voiceover line “It was the happiest time of my life” is timed with the shot of them watching fireworks over the water. It’s almost impossible to watch a fireworks display and not feel a sense of optimism and wonder.

This silent film from 1927 is notable for many of the special effects it used. But we’re including it here because it also features one of the earliest depictions of fireworks in film. During a scene when estranged married couple The Man and The Wife reconcile during a trip to the city, their reconciliation is punctuated by fireworks bursting overhead. It’s only a few moments, but once again, it symbolizes their renewed commitment to one another and the hope of spending the rest of their life together.

5. Beasts of the Southern Wild

Is there anything more full of promise than a little kid watching fireworks? I’m guessing there’s not. Beasts of the Southern Wild is tough and raw at times, but also a story of hope and resilience in the most hardscrabble of lives. Everything is told through 6-year-old Hushpuppy’s eyes, and the simple happiness she has in her life and trust in her father colors every bit of her narration. As she runs through the crowd with sparklers during a celebration, laughing, her eyes turned up to the fireworks bursting above, the love Hushpuppy has for her land and her father that shine through. It’s truly a beautiful scene both visually and emotionally.

For as much as fireworks represent hope and wonder, when they’re used as a backdrop to serious or violent action, the juxtaposition serves to illustrate just how jarring that action is. Such is the case with Brokeback Mountain, when Ennis, a closeted gay man, is triggered by the unwitting truth in a random biker’s words when they started mocking his lack of sexual prowess with his wife. The beautiful fireworks frame Ennis as he suddenly snaps and turns to violence in a family moment that should have never been violent at all. It’s a shocking but brilliant moment that underscores both visually and narratively just how fractured the two halves of Ennis’ life are.

Anyone who has ever spent summers setting of fireworks knows the kind of firework you get matters. Bottle rockets, cherry bombs, sparklers, firecrackers, Roman candles, Catherine wheels, they’re all different. Which is why it’s important to get your goods from a reputable fireworks seller, as any self-respecting fireworks aficionado like Joe Dirt knows. The scene is fantastic for David Spade’s comedic monologue, but also an excellent crash course on just how many kinds of fireworks exist, because Joe Dirt rattles off over two dozen kinds in a minute and a half.

Another use of fireworks set as the backdrop to a tragic scene is in Brian De Palma’s underrated 1981 thriller Blow Out. The dark underbelly of politics, crime, and murder intertwine. The climactic scene finds the innocent Sally dead, murdered by a man deliberately masquerading as “The Liberty Bell Killer.” As John Travolta’s protagonist cradles her dead body in grief, the backdrop of the American flag and framing of the fireworks serve to underscore how rotten the American political machine is at its core.

9. I Want To Eat Your Pancreas

Fireworks aren’t just beautiful and mesmerizing in live-action movies. They can be equally as vibrant in animation, as well, and this scene from anime I Want to Eat Your Pancreas (I know, I know) shows just how stunning a fireworks display can be in hand-drawn and computer-generated form. Between the explosions in the sky and the multitude of colors lighting up the characters, it’s a gorgeous scene worthy of any fireworks display in real life.

Talk about an underrated scene from an underrated movie. Fandango finds a group of college student friends on the cusp of adulthood, about to head off to marriage and parenthood or soon to be drafted into the bloody Vietnam War. The scene of them running through the cemetery with sparklers and bottle rockets has such energy because it’s one of the last times they’ll ever be able to goof around like kids, carefree and capricious, before the responsibilities and tragedies looming ahead take them. What better way to celebrate the last few days of their youth than with fireworks?

If you’re Jay Gatsby, you never go small. And if you’re Jay Gatsby trying to woo a woman across the way, what else are you going to do than light up the night with an amazing pyrotechnic display? Some men send chocolates and roses. But Jay Gatsby. He knows the way to a woman’s heart is to spend a small fortune on moderate explosives.

Even though it’s a TV show and not a movie, I couldn’t help but include this scene from Supernatural of Dean Winchester dreaming of a memory from his childhood. He and his brother, Sam, had a rough upbringing and their lives as monster hunters is often lonely, brutal, and full of loss and sacrifice. Reliving the memory of one of their rare happy times in childhood is one of the few scenes in 15 years in which Dean has been able to set down his burden for a while and just be in the moment. What else could get the stoic and gruff Dean Winchester to grin like a kid but fireworks?