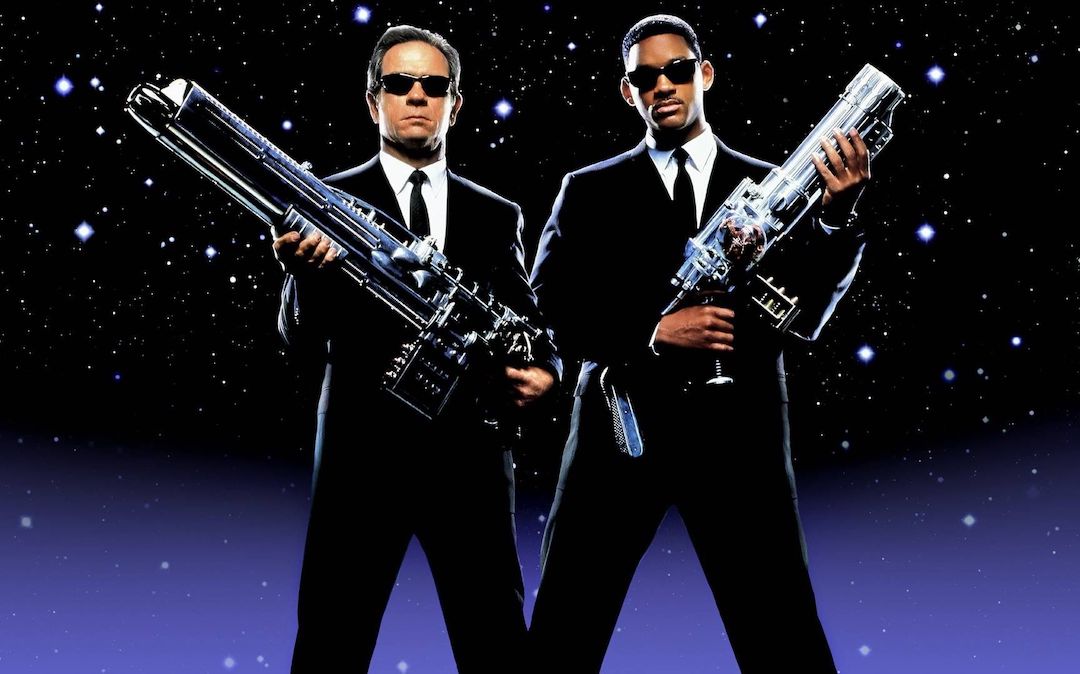 Independence Day is right around the corner. This year will be a little different, with states and cities in various stages of reopening. Among other changes, it’s the first 4th of July weekend without a big movie hitting our screens in decades.

Even with new movie releases on hold, there’s nothing stopping us from firing up the BBQ, stuffing a cooler full of ice-cold beer, hard seltzers and sodas, and enjoying the sunshine. And there’s no better way to get into a festive mood than with great music. I’ve put together a perfect playlist of songs from some of the biggest movies to win the box office on 4th of July weekend. I chose one song from each of their soundtracks (or that was used in the movie) with the caveat that I left off movies that only have instrumental scores.

You may not be able to see blockbusters right now so this year, I’m bringing them to you. BONUS: I’ve put them together in a playlist embedded below.

The Devil Wears Prada has become a beloved favorite for many thanks to Meryl Streep’s delicious turn as Miranda Priestly, the brilliant, demanding, and tyrannical editor of a high-end fashion magazine. Jamiroquai’s “Seven Days in Sunny June” from the soundtrack is a great song to listen to as you lounge by a pool or want to warm up a party.

Okay, sure. Wild Wild West may have been one of the greatest flops of Will Smith’s career, and a role for which he turned down The Matrix (which he has explained before in a hilarious video). But you still thought I was going to pick his “Wild Wild West” song for the playlist, didn’t you? Don’t worry – there’s more Will Smith music to come (seriously, the man LOVES opening movies on 4th of July weekend). The infectious dancey quality of Enrique Iglesias’ earworm song is not to be denied, and so it earns a spot on the playlist.

Of all the many, many disaster movies Tom Hanks has done, Apollo 13 is arguably his best and still holds up today. The soundtrack was a blend of original instrumental scoring from James Horner and some classic hits from the ’40s-’70s. While the other songs on the soundtrack are excellent, they fall more into the psychedelic groove of the ’60s and ’70s. I went with James Brown’s “Night Train” because, c’mon – it’s James Brown. Upbeat and infectious.

A legal thriller might not seem like the typical July 4th opener, but we have to remember that The Firm starred Tom Cruise at the absolute peak of his stardom in the early ’90s. The man was (and, to some extent, still is) a moneymaker through and through and the film was a hit. Robben Ford’s “Start It Up” is the perfect playlist song from the soundtrack, a guitar-heavy blues bop that is perfect for a chilled-out summer day.

Soundtrack song: “You Could Be Mine” – Guns N’ Roses

Terminator 2: Judgment Day is one of those rare movies that is damn near perfect and whose story still holds up today. It’s certainly the best of the Terminator movies, by far. The quintessential Guns N’ Roses song is near-synonymous with the movie now, used as the theme song for the film, both in the movie itself and during the end credits. The pounding drums and scream guitars driving Axl Rose’s trademark wail are high energy and infectious. It’s the perfect song to get things livened back up again.

Say what you want about Michael Bay, but the man knows how to make movies that put butts in seats. Armageddon is maybe the perfect culmination of his disaster movie oeuvre and penchant for comedic dialogue. Plus, it has one of the most legendary commentary tracks ever courtesy of Ben Affleck. While the original “I Don’t Want to Miss a Thing” was the theme song and the Aerosmith song associated with the film, I went with the “Sweet Emotion” remix because honestly, you can never go wrong with old school Aerosmith. You just can’t. It’s science.

Soundtrack song: “Ours” – The Bravery

It’s hard to overstate how huge the Twilight franchise was or the impact it’s had. The second film adaptation in the saga was an absolute smash and audiences flocked to theaters to see it on 4th of July weekend. The soundtrack is quite a bit of dreamy indie rock, but The Bravery brings a sound that’s far more upbeat and driving.

Told you Will Smith loves July 4th weekend for his movies. Hancock may not have been one of his biggest hits, but it’s a solid action flick anchored by Smith’s ever-present charisma. The soundtrack wasn’t a major part of the movie, but still – “Move Bitch” is a Ludacris classic. You can always count on Luda’s songs to make you feel like you’re in the club.

In hindsight, I really should have just made this a list of Will Smith songs. Could you blame me? Men in Black II wasn’t quite as big as the original MiB movie, but it was just as much fun. Of course, Will Smith added his signature move of recording an original song for the soundtrack of his movie, which was otherwise scored entirely by Danny Elfman. “Black Suits Comin'” honestly will make you nod your head and bop along. Just see if it doesn’t.

The second Michael Bay movie on this list and the first in his biggest franchise. While the last few films of the main franchise drastically fell off in quality, the first film was a legitimately great action-adventure anchored by Shia LaBeouf and Megan Fox. Linkin Park may not be the band you think of when you think of party songs, but I challenge you to put this song on and just see if people don’t start singing along when the chorus kicks in. You know they will.

Well, well, well, Will Smith. We meet again. The first Men in Black is a blast, a romp from start to finish thanks to the dynamic between the young, cocky Will Smith and co-star Tommy Lee Jones’ sardonic, curmudgeonly vibe. Of course, I had to pick “Men in Black” from the soundtrack. While there was an entire instrumental score released and another album full of commercial songs, you knew I had to go with Will Smith’s titular track. 23 years later and it’s still a legit banger.

Third time’s a charm for Michael Bay. He and Will Smith now need to challenge each other to a duel to see who we’re renaming the 4th of July after (Note: Independence Day would have been on this list but its soundtrack is instrumental). This may not be one of the better Transformers movies, but the soundtrack is still fun. For the song, I cheated a bit and picked one from the exclusive release that was only found at GameStop. You can’t predict me!

Soundtrack song: “Give It Up” – Midtown

Ah, yes. Spider-Man 2. Arguably the best Spider-Man movie of all time and maybe the ultimate example of the late ’90s-early ’00s emo soundtrack. Many people would pick “Vindicated” from Dashboard Confessional, but, come on. This is a party and barbecue soundtrack, not a playlist of sad breakup songs to wallow to (even if “Vindicated” is still a bop, I don’t care). In the interest of full disclosure, I saw this film no less than four times in theaters and I basically wore the soundtrack out. I’m choosing “Give it Up” by Midtown thanks to its driving beat and melodic harmonies.

And as promised, the playlist embedded below: