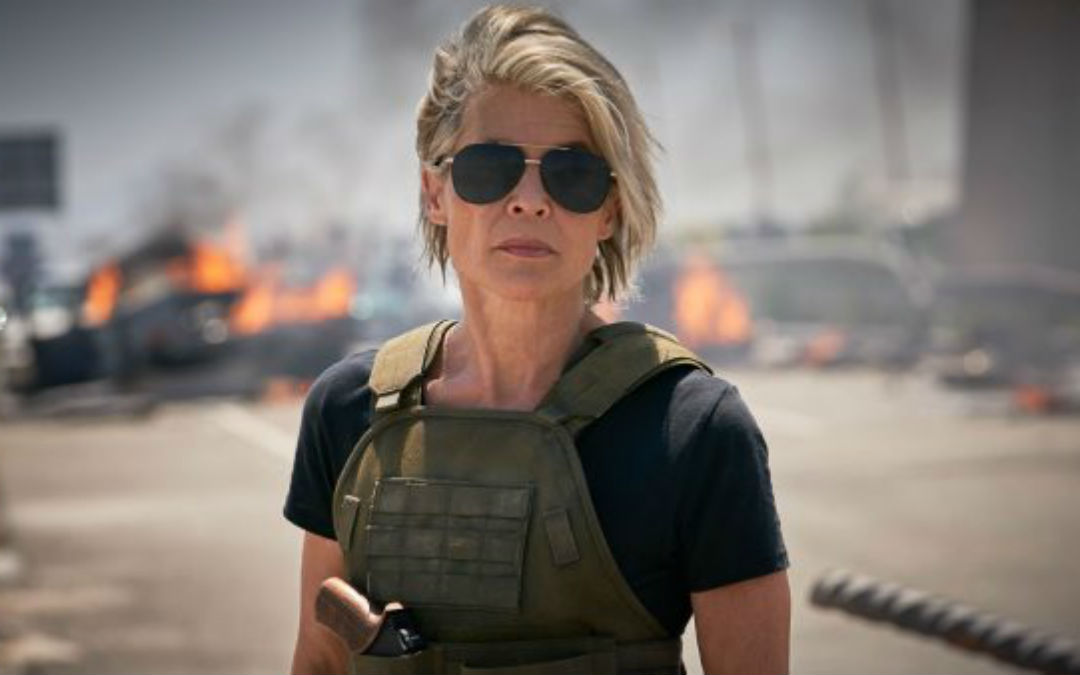 Everything You Need To Know Before Watching ‘Terminator: Dark Fate’

This weekend, Terminator: Dark Fate hits theaters. It’s the sixth film in a franchise that started back in 1984, a franchise that most people would argue peaked with the second movie, Terminator 2: Judgment Day. Despite the fact there have been three movies since then. That’s…a lot of chances for a franchise to improve only to miss the mark.

But the sixth movie, directed by Tim Miller, hopes to right the wrongs of Terminator films past and bring the franchise back to its former glory. A lot of time has passed between then and now, and there is much to catch up on if you’ve missed the last few decades.

Here’s everything you need to know before watching Terminator: Dark Fate this weekend.

It’s A Direct Sequel To The Second Movie

Tim Miller has said from the start that his movie was meant to be a direct sequel to the second movie, both in spirit and story. There have been three movies between this one and Judgment Day: Terminator 3: Rise of the Machines (2003), Terminator Salvation (2009), and Terminator Genisys (2015), not to mention one short-lived TV show. Of those three, Salvation came closest to being a really solid movie, only to screw up the landing with a bizarre plot twist at the end that undid everything the movie had set up to that point. Otherwise, all three movies were middling to bad, and none of them were satisfactory attempts to pick up the (admittedly tricky) time-traveling threads of James Cameron’s original sci-fi story, instead feeling like what each of those directors and studios wanted the Terminator franchise to be instead of honoring what it is.

Wisely, Paramount opted to essentially ignore the last three movies with their various timelines to focus on telling a story that is a direct sequel to the iconic second movie. In the first movie, Arnold Schwarzenegger’s T-800 Terminator was the bad guy, sent back in time by self-aware A.I. program Skynet to kill Sarah Connor (Linda Hamilton) when she was pregnant in order to keep her from birthing her son, John, who would one day grow up to be the leader of the human resistance against the cyborgs. The Terminator’s mission ultimately failed. In sequel Terminator 2: Judgment Day, Schwarzenegger’s Terminator was the good guy, sent back in time by the future John Connor to protect Sarah and young John Connor (Edward Furlong), who were being targeted by the T-1000 (Robert Patrick) a liquid metal cyborg that made a generation of kids wonder if every cop they saw was going to suddenly split into a mercury-like monstrosity.

Dark Fate picks up these threads with a similar story that focuses on a different family. More than two decades have passed since the events of Judgment Day, and the Skynet neural network and its army of cyborgs is trying again to change the future. This time, Dani Ramos (Natalia Reyes) is living in Mexico City with her brother Diego (Diego Boneta) when she discovers she’s the target of a new and deadly sort of Terminator, the Rev-9 (Gabriel Luna). Her only protection is an enhanced supersoldier sent back in time, Grace (Mackenzie Davis), and Sarah Connor. They contact Schwarzenegger’s Terminator from the past, and together, they once again must prevent Skynet from changing the future.

But that’s not the only way in which it’s a direct sequel.

The Main Cast From ‘Terminator 2: Judgment Day’ Is In ‘Dark Fate’

As the titular character, Schwarzenegger has been in every Terminator movie to date. But Linda Hamilton hadn’t been in a Terminator movie since Judgment Day aside from an uncredited voice snipped in Terminator Salvation. And Eddie Furlong had a well-publicized troubled stint as a child actor before largely dropping into obscurity. But Hamilton’s Sarah Connor is a main character in Dark Fate, and, what’s more, it was announced at San Diego Comic-Con that Furlong would also be in the movie.

It’s as-yet-unknown how much Furlong will feature in the movie. IMDb has his part listed as “John Connor Reference,” so it could very well be that he’s just mentioned in the movie or appears in a flashback photo or video. Regardless, even having Furlong in the movie in some capacity erases the disparate versions played by Nick Stahl, Christian Bale, and Jason Clarke and returns John Connor to the version many fans feel is the “true” version, despite that version being just a kid. 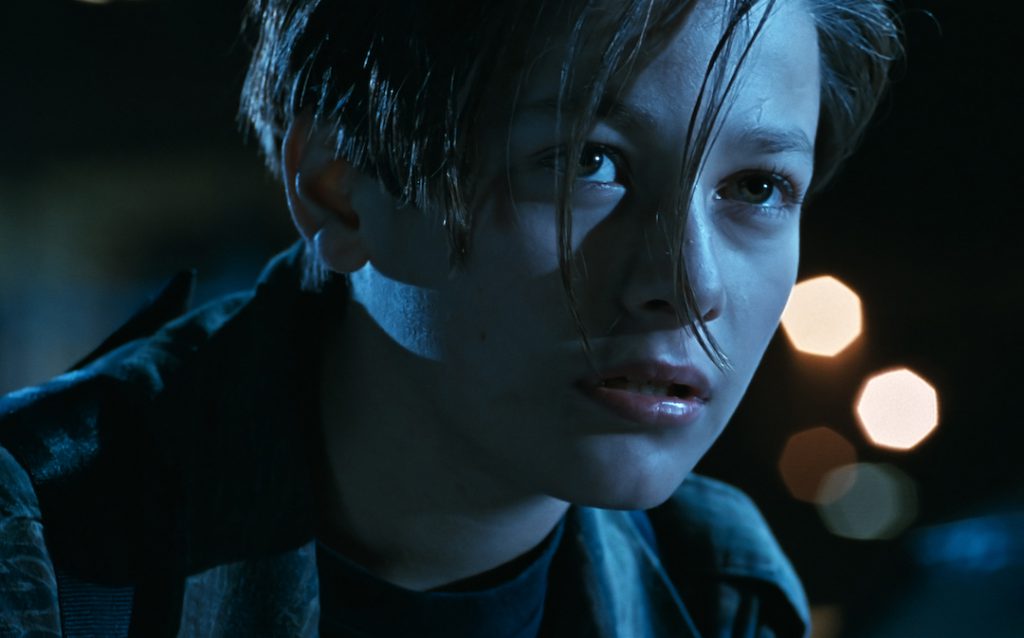 Likewise, Hamilton appears to be who we might have reasonably expected Sarah Connor to turn into in a few decades: Just as tough and wily, but a little more steady and calm in the mind now that she is through the events of Terminator 2 and knows she’s not crazy. After her being the star of the first two movies, it was always a little odd that she wasn’t in any of the other sequels. Dark Fate corrects that by once again centering her in the franchise. John Connor may have always been the character the franchise revolved around, but Sarah has always been its engine, and the movies without Hamilton have suffered for her loss (all due respect to Emilia Clarke, who played her in Genisys). Something about seeing a machine gun-toting Linda Hamilton lets you know the franchise is getting back to the place it belongs.

It’s Rated R For A Reason

Speaking of getting back to its roots, Terminator: Dark Fate is also rated R, something that Tim Miller planned from the start. “The DNA of Terminator is an R-rated f***in’ movie,” he said during that same Comic-Con panel, referencing the last two films Salvation and Genisys, both of which were rated PG-13 and largely considered watered-down shadows of the first two movies because of it. And while it’s true the third movie was rated R, we don’t talk about the third movie for a reason.

Dark Fate looks to correct that with a hard R rating thanks to plenty of violence and what we can expect will be a fair amount of cursing. After all, when you’re running from your life from a killer cyborg made of black metal who can split his body in two, it’s understandable, even expected you’d drop a few f-bombs here and there.

Everything we’ve seen thus far from Dark Fate indicates it’s returning to the roots of the Terminator franchise on a number of levels: Story, spirit, tone, and characters. Whether or not that will translate into a film that’s a worthy successor to the second movie remains to be seen. But so far, it’s promising.

Terminator: Dark Fate is in theaters this weekend. Get tickets here.